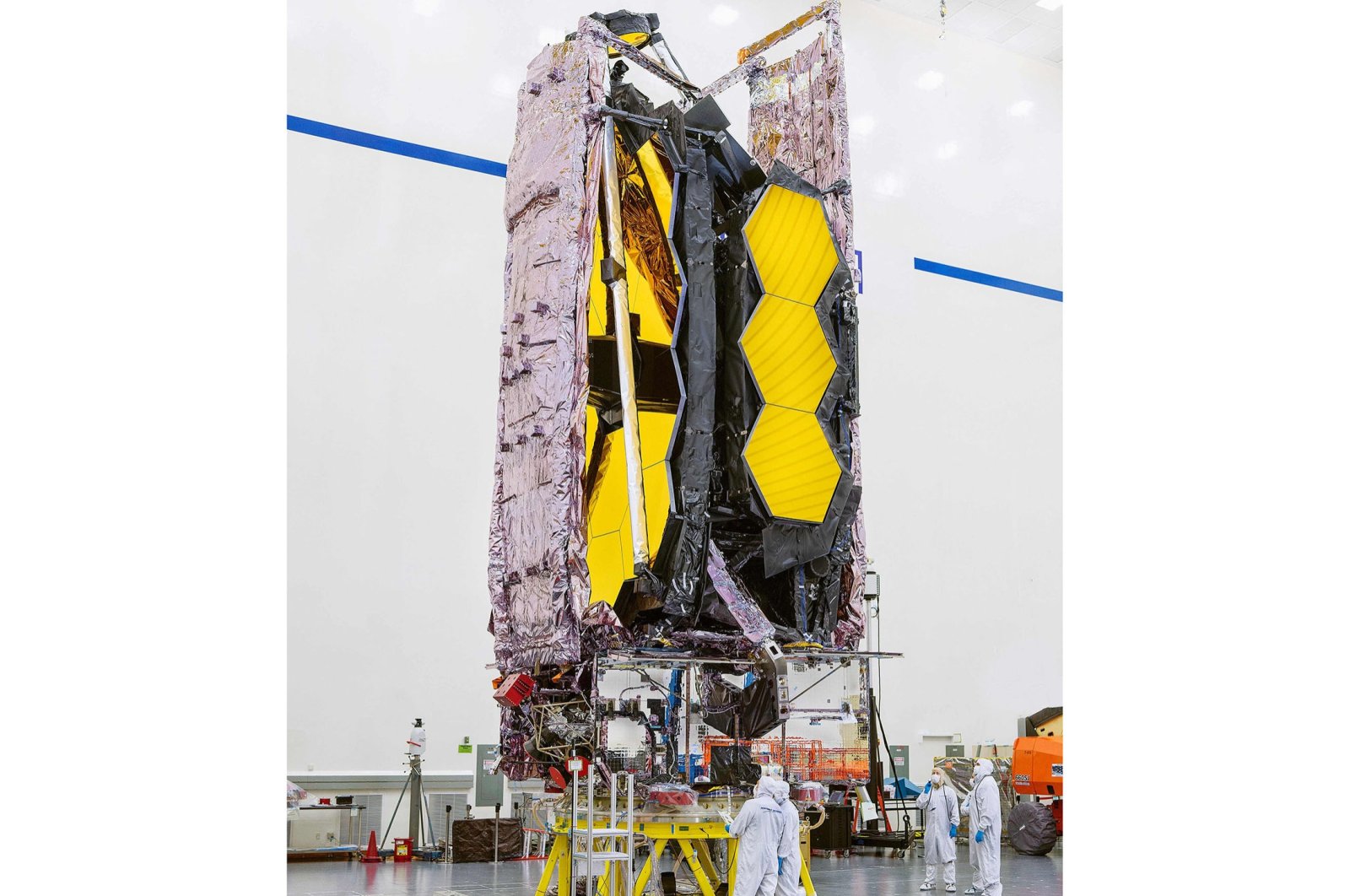 NASA announced on Wednesday plans for a Dec. 18 launch of its James Webb Space Telescope, which is expected to provide valuable insight into the history of the cosmos during its 10-year mission.

The space agency said the mission will extend beyond the discoveries of NASA's Hubble Telescope mission, with longer wavelengths that will allow Webb to look much closer at the beginning of time and hunt for the unobserved formation of the first galaxies.

The Webb telescope recently passed its "rigorous testing regimen," which NASA considered a major turning point for the mission.

The Webb observatory is now sitting at Northrop Grumman facilities in southern California before it will be moved to French Guiana on the northeast coast of South America for launch from a French spaceport onboard an Ariane 5 rocket.

The mission is named for James Webb, who headed NASA during the early 1960s as the U.S. was headed toward sending men to the moon for the first time.

Webb's program director, Gregory L. Robinson, said: "Now that we have an observatory and a rocket ready for launch, I am looking forward to the big day and the amazing science to come."

NASA calls Webb's technology "revolutionary," with the ability to explore every phase of cosmic history "from within our solar system to the most distant observable galaxies in the early universe, and everything in between."

"Webb will reveal new and unexpected discoveries," said NASA, "and help humankind understand the origins of the universe and our place in it."