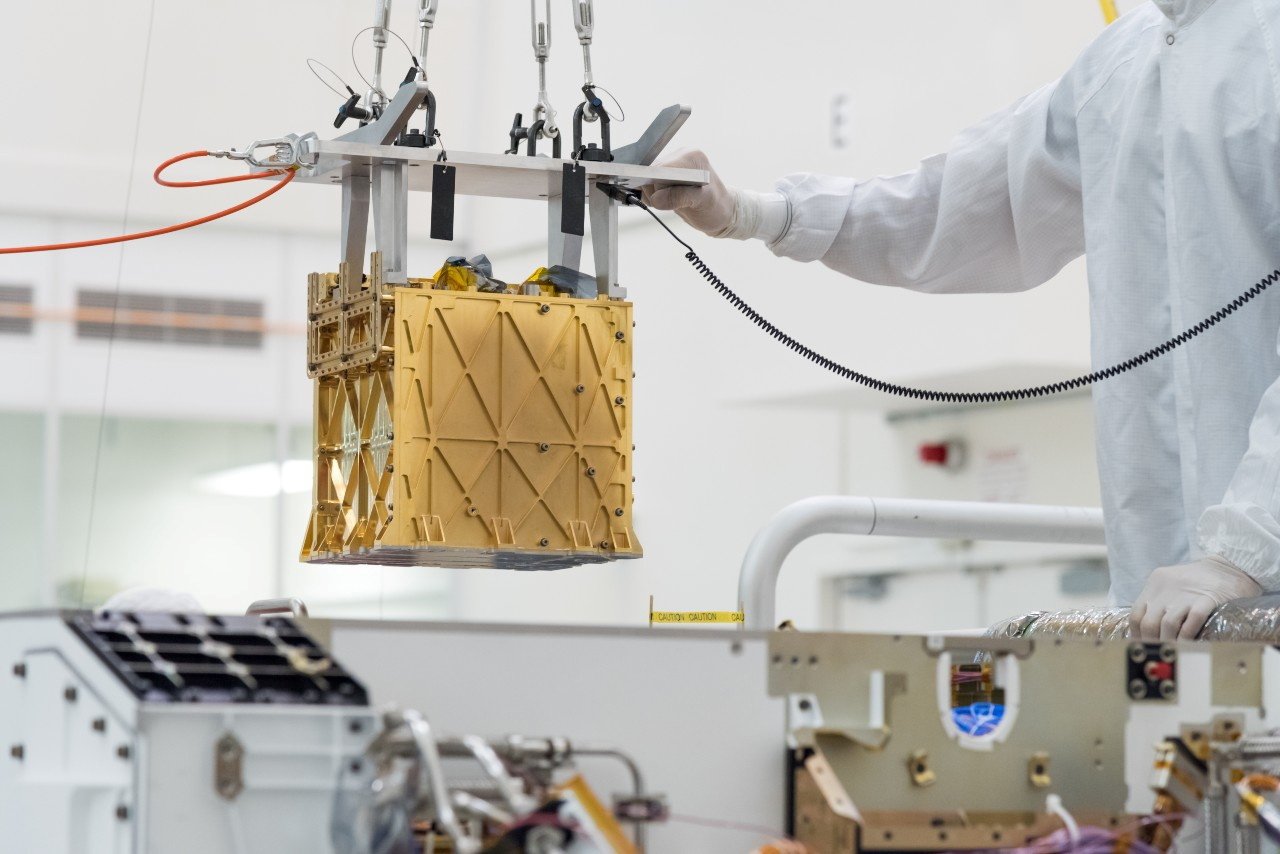 NASA's Perseverance rover, which landed on Mars in February, has extracted the first sample of oxygen from the red planet's thin air, NASA announced Wednesday.

That's thanks to an experimental device carried by the six-wheeled rover vehicle called Perseverance, which landed there in February.

The gadget is called MOXIE and in its first activation, it created 5 grams of oxygen from Mars' atmosphere, which mostly consists of carbon dioxide.

It may sound small, but that's big news, marking the first experimental extraction of natural resources from another planet – that humans can directly use.

NASA says it's the first technology of its kind that may help future missions "live off the land" of another world.

In its first activation, the toaster-sized instrument dubbed MOXIE, short for Mars Oxygen In-Situ Resource Utilization Experiment, produced about 5 grams of oxygen, equivalent to roughly 10 minutes' worth of breathing for an astronaut, NASA said. Although the initial output was modest, the feat marked the first experimental extraction of natural resources from the environment of another planet for direct use by humans.

"MOXIE isn't just the first instrument to produce oxygen on another world," Trudy Kortes, director of technology demonstrations within NASA's Space Technology Mission Directorate, said in a statement. She called it the first technology of its kind to help future missions "live off the land" of another planet.

The instrument works through electrolysis, which uses extreme heat to separate oxygen atoms from molecules of carbon dioxide, which accounts for about 95% of the atmosphere on Mars.

The remaining 5% of Mars' atmosphere, which is only about 1% as dense Earth's, consists primarily of molecular nitrogen and argon. Oxygen exists on Mars in negligible trace amounts.

But an abundant supply is considered critical to eventual human exploration of the red planet, both as a sustainable source of breathable air for astronauts and as a necessary ingredient for rocket fuel to fly them home.

The volumes required for launching rockets into space from Mars are particularly daunting.

Transporting a 1-ton oxygen-conversion machine to Mars is more practical than trying to haul 25 tons of oxygen in tanks from Earth, MOXIE principal investigator Michael Hecht, of the Massachusetts Institute of Technology, said in NASA's news release.

Astronauts living and working on Mars would require perhaps 1 metric ton of oxygen between them to last an entire year, Hecht said.

MOXIE is designed to generate up to 10 grams per hour as a proof of concept, and scientists plan to run the machine at least another nine times over the next two years under different conditions and speeds, NASA said.

The first oxygen conversion run came a day after NASA achieved the historic first controlled powered flight of an aircraft on another planet with a successful takeoff and landing of a miniature robot helicopter on Mars.

Oxygen is needed not only to see humans on Mars someday. It is also crucial for the fuel to get them home.

MOXIE's success comes a day after another achievement on Mars with a miniature robot helicopter when NASA pulled off the first controlled powered flight of an aircraft on another planet.