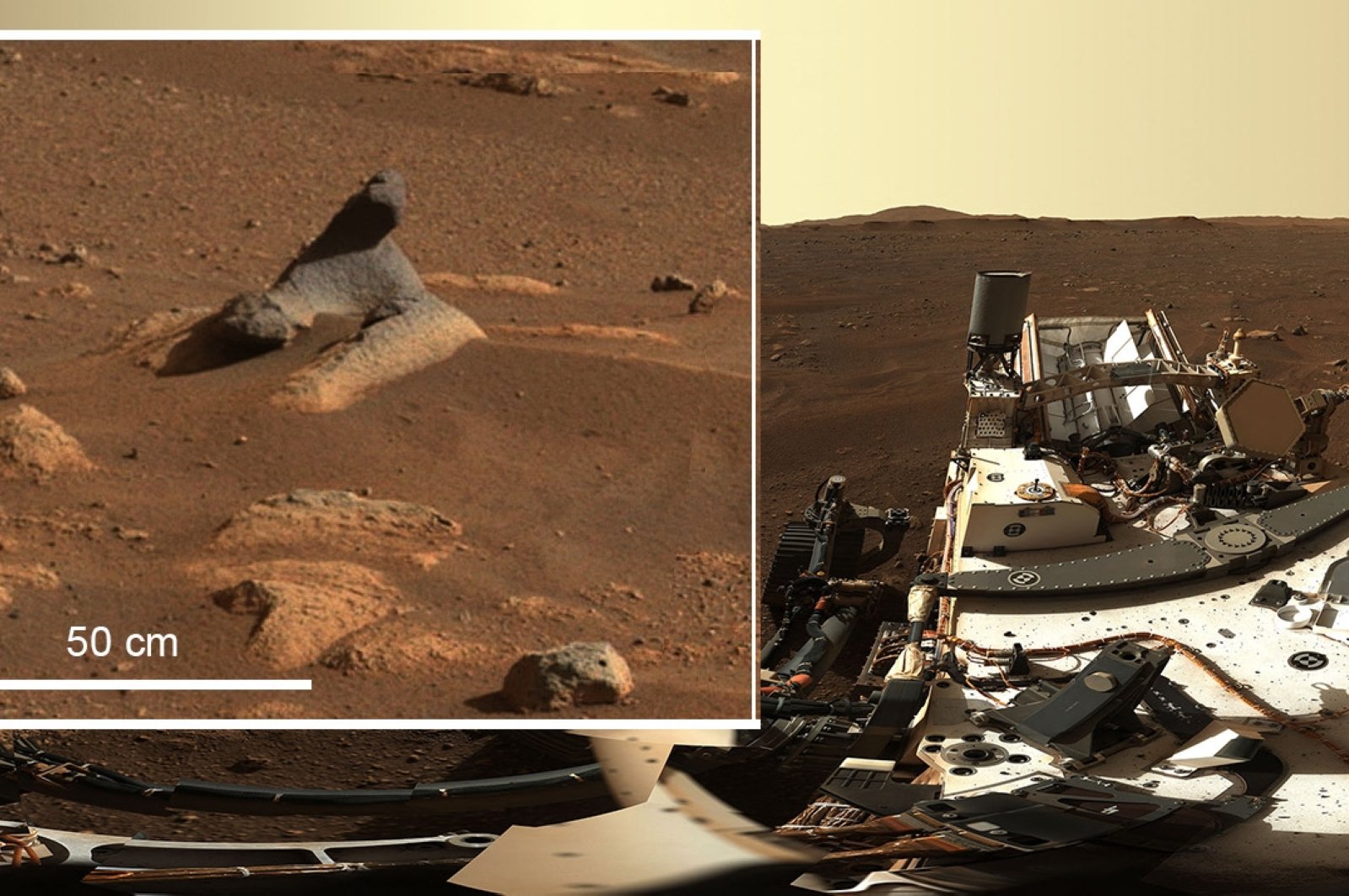 NASA has sent its first high-definition 360-degree photo from the surface of Mars where its rover Perseverance landed, the U.S. space agency said on Wednesday.

The panorama shows the rim of the Jezero Crater where the rover touched down last week and the cliff face of an ancient river delta in the distance. It was taken by rotating the rover's mast 360 degrees. The mast is equipped with dual, zoomable cameras which can take high-definition video and images.

The photo was stitched together by NASA researchers from 142 images taken by the Mastcam-Z camera on Feb. 21.

NASA says the state-of-the-art camera system will help scientists examine the geologic history and atmospheric condition of the crater and identify rocks and sediment from a distance that will be probed by the rover's instruments, before collection for eventual return to Earth.

Jezero Crater is an area where scientists hope to find evidence that microbes previously existed on Mars. Mars had water on its surface billions of years ago, a fact that has led to speculation that there may have been some form of life on the planet.

"We're nestled right in a sweet spot, where you can see different features similar in many ways to features found by Spirit, Opportunity, and Curiosity at their landing sites," said Jim Bell of Arizona State University's School of Earth and Space Exploration.

Perseverance traveled through space for nearly seven months after launching from Cape Canaveral in Florida. Spirit, Opportunity and Curiosity were previous missions to Mars. The rover joins NASA's InSight lander, which has been on the Martian surface since 2018, and the Curiosity rover, which landed on Mars in 2012.

Perseverance is expected to study the Mars surface for at least two years as it examines the climate and geology and collects rock and soil samples.

On Monday, the U.S. space agency released the first audio from Mars, a faint crackling recording of a gust of wind captured by the rover's microphone. NASA also released a video of the landing of the rover, which is on a mission to search for signs of past life on the red planet.