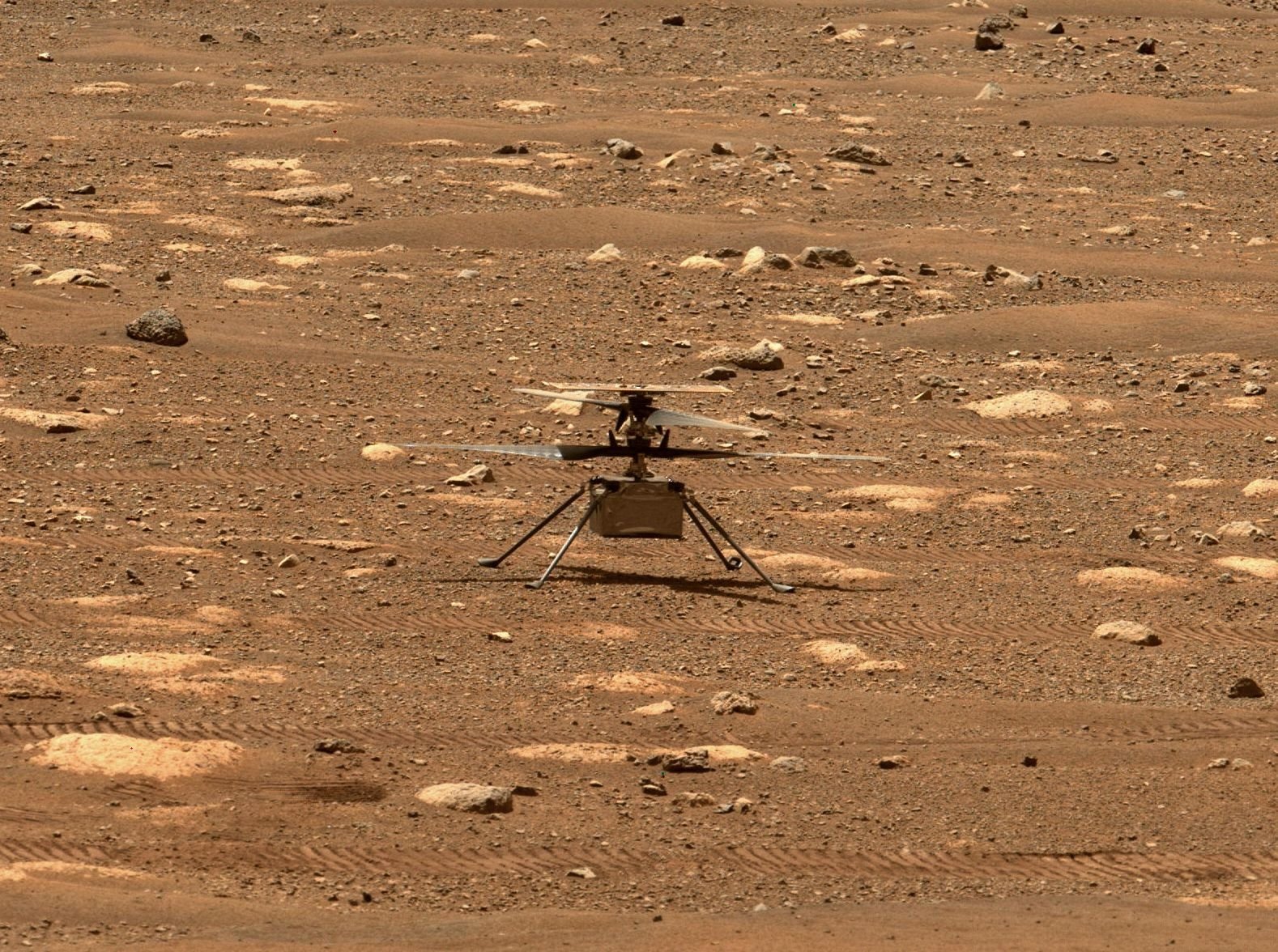 This NASA photo shows NASA's Ingenuity helicopter unlocking its rotor blades, allowing them to spin freely, on April 7, 2021, the 47th Martian day, or sol, of the mission, captured by the Mastcam-Z imager on NASA’s Perseverance Mars rover on the following sol, April 8, 2021. (NASA/JPL-Caltech/MSSS via AFP)
by German Press Agency - DPA Apr 11, 2021 11:33 am
RECOMMENDED

The first historic flight on an extraterrestrial planet has been delayed by at least several days as NASA seeks to fix technical issues in the Ingenuity miniature helicopter, the U.S. space agency said Saturday.

Ingenuity – which arrived on Mars onboard the Perseverance rover – will not be attempting its first flight before April 14. The earliest date had previously been given as Sunday, April 11.

A high-speed spin test of Ingenuity's rotors on Friday ended early when problems arose during the transition from preflight to flight mode, NASA said. The space agency said the helicopter is "safe and healthy" and had sent data back to Earth.

A team is checking the data to diagnose the issue and will reschedule the full-speed test after the review is finished.

The test flight will see the helicopter, which weighs in at around 1.8 kilograms (nearly 4 pounds), attempt to fly about 3 meters (almost 10 feet) high, remain in one place for around 30 seconds and then return to the surface of Mars. It would be the first flight of an aircraft on another planet.

The helicopter is powered with lithium batteries and has the capacity for several more flight attempts for about one month.

It faces extreme conditions on Mars: temperatures of minus 90 degrees Celsius (minus 130 degrees Fahrenheit), low gravity and a thin atmosphere.

Ingenuity traveled to Mars aboard the Perseverance rover, which weighs around 1,000 kilograms and is the size of a small car. Perseverance also recently sent a selfie from Mars with Ingenuity by its side.

The rover arrived on the red planet in February after traveling 472 kilometers (293 miles) over 203 days of flight. It landed in a dried lake spanning 45 kilometers called the Jezero Crater, which it is to inspect in the coming two years.