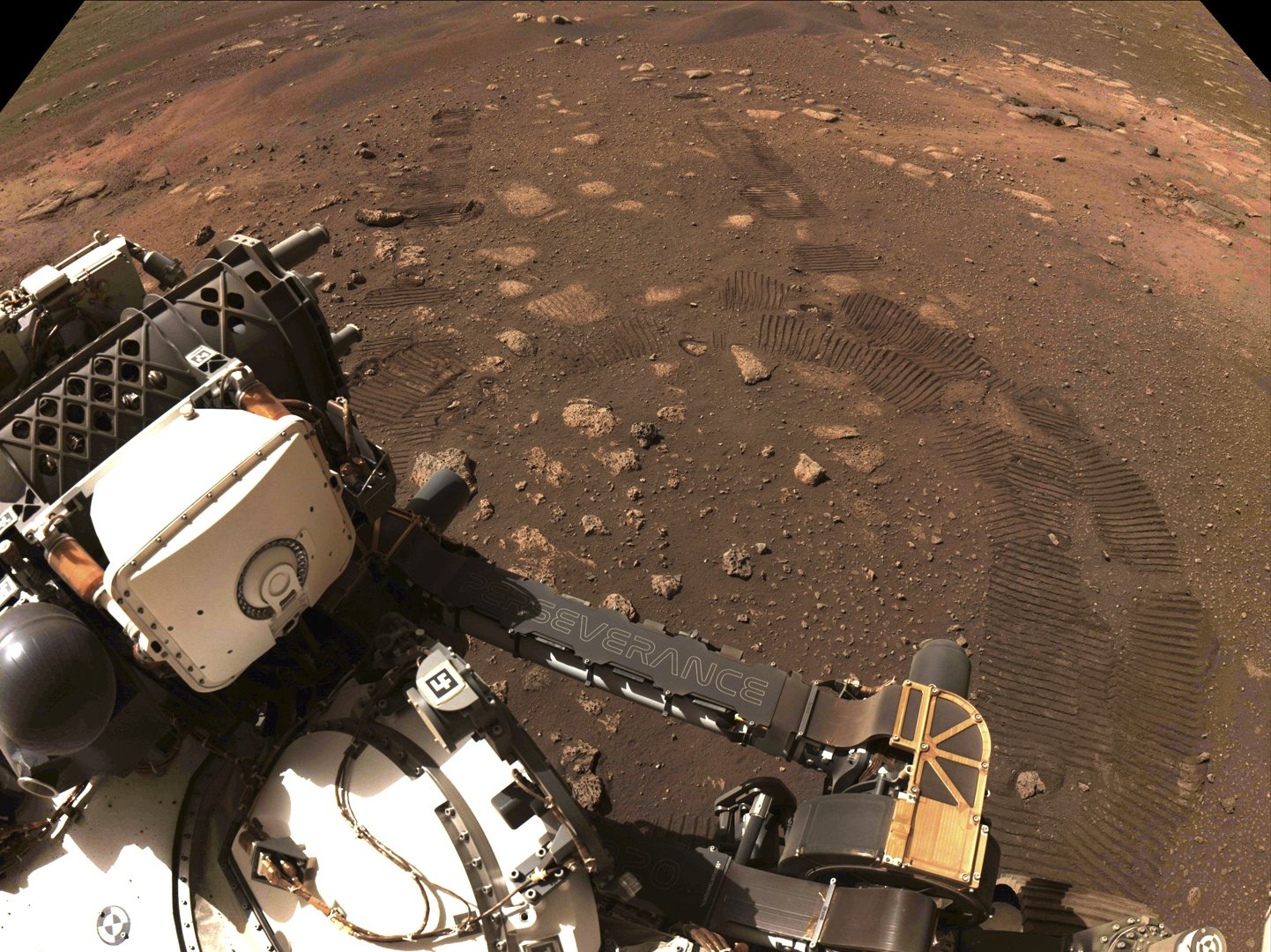 This photo made available by NASA was taken during the first drive of the Perseverance rover on Mars on Thursday, March 4, 2021. Perseverance landed on Feb. 18, 2021. (NASA/JPL-Caltech via AP)
by French Press Agency - AFP Mar 06, 2021 1:00 am
RECOMMENDED

The six-wheeled rover travelled about 6.5 meters (21.3 feet) in 33 minutes on Thursday, NASA said.

It drove four meters forward, turned in place 150 degrees to the left, and then backed up 2.5 meters, leaving tire tracks in the Martian dust.

"This was our first chance to 'kick the tires' and take Perseverance out for a spin," said Anais Zarifian, Perseverance mobility test bed engineer at NASA's Jet Propulsion Laboratory in Pasadena, California.

Zarifian said the test drive went "incredibly well" and represented a "huge milestone for the mission and the mobility team."

"We're going to do some longer drives," she added. "This is just the beginning."

NASA engineers said they were studying possible routes for longer rover voyages on the surface of Mars.

Perseverance deputy mission manager Robert Hogg said engineers were also preparing for the first flight of a helicopter drone carried by the rover.

Hogg said the rover team was working out flight zones and hoped to conduct the first flight in late spring or early summer.

He said the mission had not experienced any major problems so far.

"It's all just minor stuff," he said. "Everything we've tried has worked beautifully."

Perseverance was launched on July 30, 2020 and landed on the surface of Mars on February 18 on a mission to search for signs of past life on the Red Planet.

The rover's prime mission will last just over two years but it is likely to remain operational well beyond that.

Its predecessor Curiosity is still functioning eight years after landing on Mars.

Over the coming years, Perseverance will attempt to collect 30 rock and soil samples in sealed tubes to be sent back to Earth sometime in the 2030s for analysis.

About the size of an SUV, the craft weighs a ton, is equipped with a seven-foot-long robotic arm, has 19 cameras, two microphones and a suite of cutting-edge instruments.

The rover is only the fifth to set its wheels down on Mars, all of them American. The feat was first accomplished in 1997.

The United States is preparing for an eventual human mission to the planet, though planning remains very preliminary.