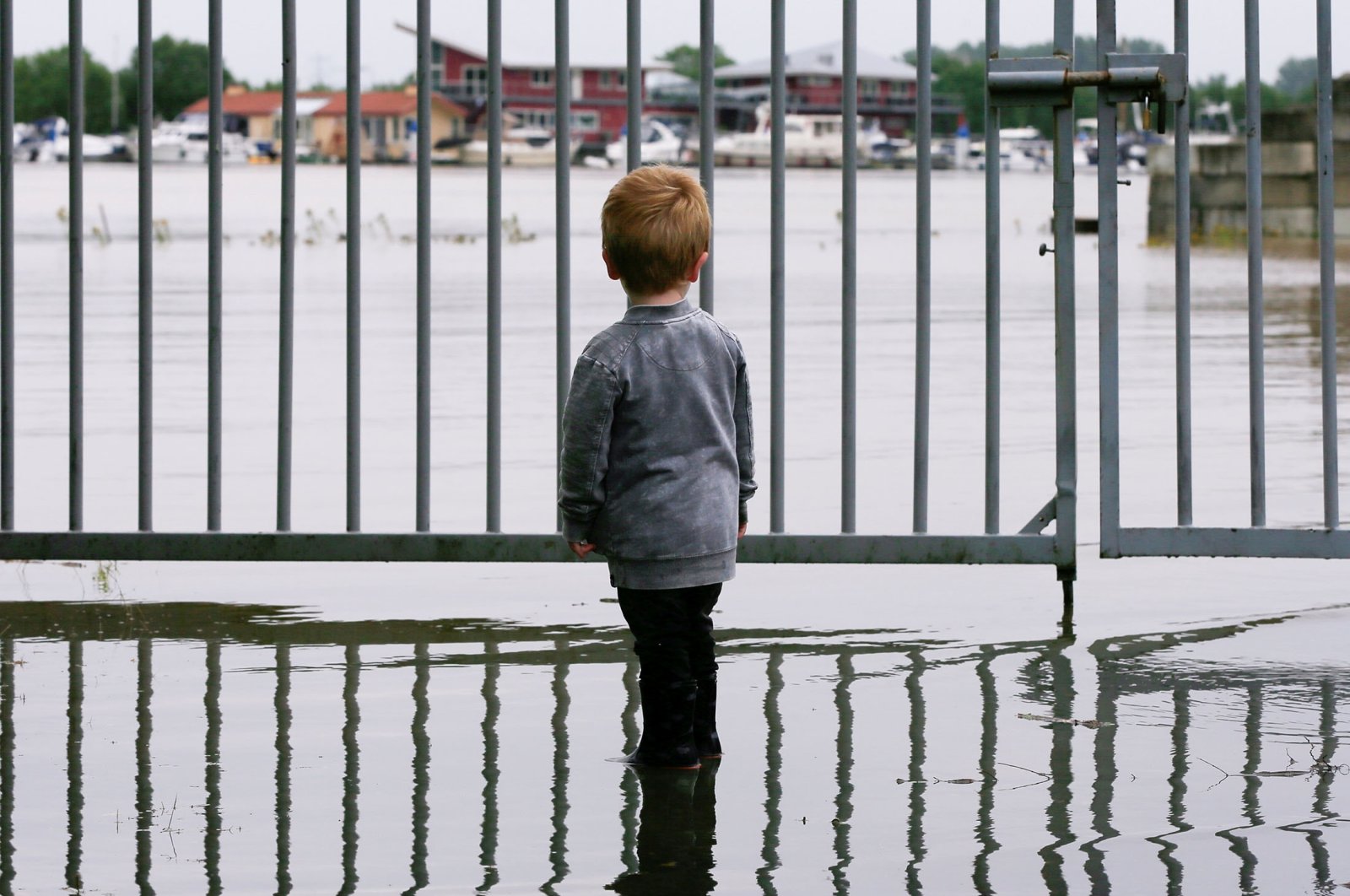 Scientists from nearly 200 nations will gather online Monday to validate a United Nations science report on the climate crisis, providing a long-awaited update against a backdrop of record-smashing heatwaves, unprecedented floods and various other extreme weather events across the globe in recent weeks that have once again highlighted the need for further research and action.

The list of extremes in just the last few weeks has been startling: Unprecedented rains followed by deadly flooding in central China and Europe. Temperatures of 49 degrees Celsius (120 degrees Fahrenheit) in Canada, and tropical heat in Finland and Ireland. The Siberian tundra ablaze. Monstrous U.S. wildfires, along with record drought across the U.S. West and parts of Brazil.

"Global warming was well projected, but now you see it with your own eyes," said Corinne Le Quere, a climate scientist at the University of East Anglia.

"It's not so much that climate change itself is proceeding faster than expected – the warming is right in line with model predictions from decades ago," said climate scientist Michael Mann of Pennsylvania State University. "Rather, it's the fact that some of the impacts are greater than scientists predicted."

That suggests that climate modeling may have been underestimating "the potential for the dramatic rise in persistent weather extremes," Mann said.

Over the next two weeks, top scientists with the Intergovernmental Panel on Climate Change (IPCC) will finalize the first installment of its sixth Assessment Report, which will update the established science around greenhouse gas emissions and projections for future warming and its impacts. Government representatives are also taking part in the virtual two-week meeting.

The report will expand on the last such IPCC report in 2013 by focusing more on extreme weather and regional impacts.

When released on Aug. 9, the report will likely serve as a guide for governments in crafting policies around the environment, greenhouse gas emissions, infrastructure and public services. The report's release was postponed several months due to the coronavirus pandemic.

While climate modeling has evolved over decades to where scientists have high confidence in their projections, there are still uncertainties in how climate change will manifest – particularly at a local scale. Answering these questions could take many more years.

The June heat wave that killed hundreds in Canada would have been "virtually impossible" without human-caused climate change, scientists from the World Weather Attribution network determined.

But those temperatures – as much as 4.6 degrees Celsius higher than the previous record in some places – might also have resulted from new atmospheric changes that are not yet captured by climate models.

"In the climate models, this does look like a freak event," said the study's co-author Friederike Otto, a climate scientist at the University of Oxford. "The climate models do simulate such rare events and don't suggest there is something else going on, but of course that could mean the models are just not correct. This is really something we and the scientific community need to look into."

One area of mystery is how the Earth's four main jet streams respond to shifting temperatures.

The jet streams are fast-flowing air currents that circle the globe – near the poles and the tropics – driving many weather patterns. They are fueled by temperature variations. Some studies have suggested climate change may be slowing down parts of the northern polar jet stream, especially during the summer.

That can cause heatwaves by trapping heat under high-pressure air, as seen in Canada in June, or it can stall storms for longer in one place, potentially causing flooding.

A key research challenge is the fact that extreme events are, by definition, rare events so there is less data.

There is "tantalizing evidence" that the warming has introduced new, unexpected factors that have amplified climate change impacts even further than previously understood, but more research is needed, said Ken Caldeira, an atmospheric scientist at the Carnegie Institution for Science's Department of Global Ecology.

"From my perspective, the jury is still out on that," he said. "Whichever the answer is, the policy prescription is the same. We need to get ourselves off of CO2 emissions as soon as is practical."

More immediately, though, countries need to realize that extreme events are here to stay, even if the world can rapidly reduce emissions, scientists say.

"There's almost no strategy for adapting to a changing climate," Le Quere said. "Governments are not prepared."