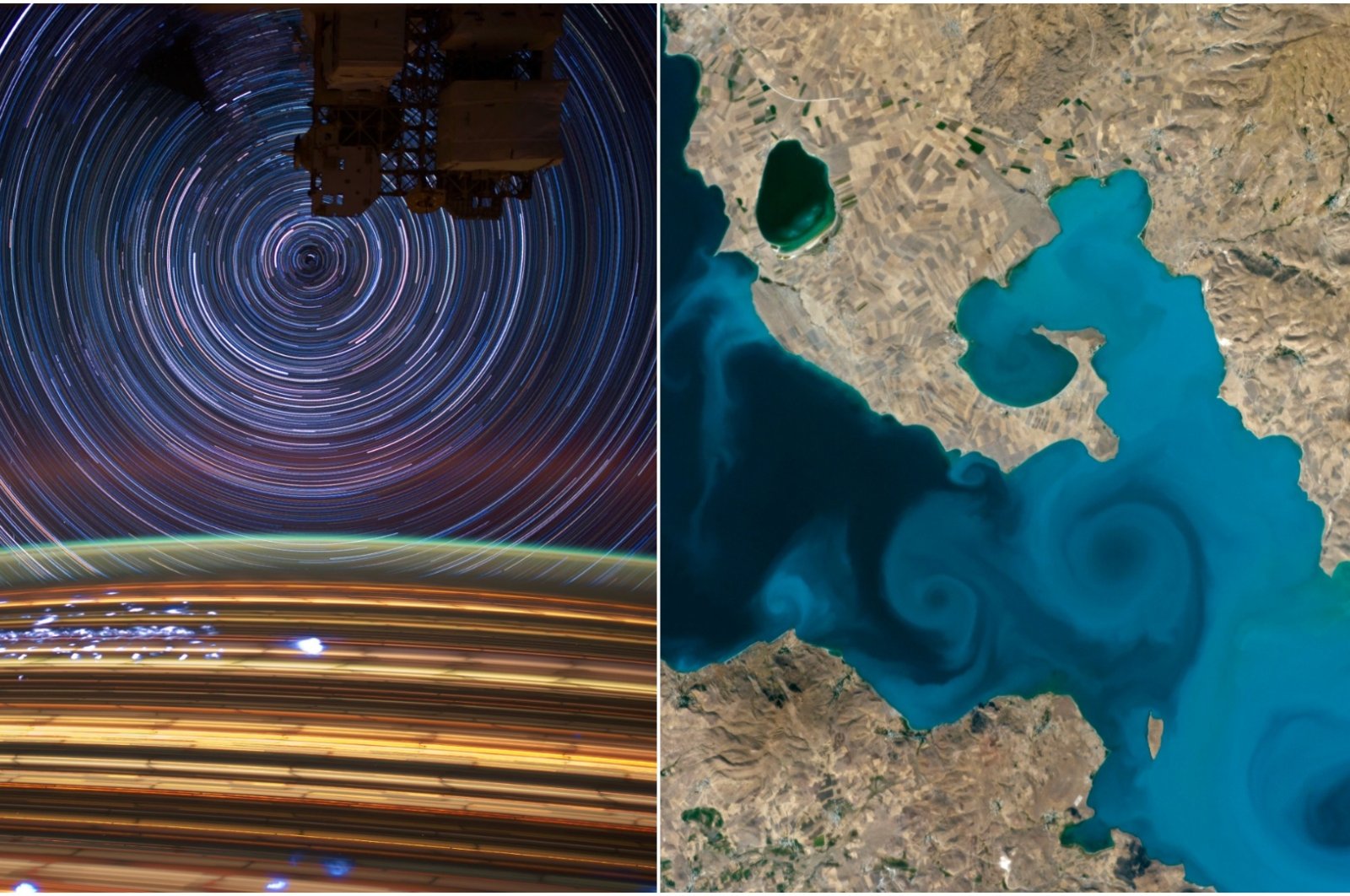 For the past four weeks, NASA has been on the hunt for the best astrophotography taken by spacewalkers over the last 20 years. The competition has been fierce but there are now two equally worthy finalists: a long-exposure photo of the stars in the heavens and a unique Turkish lake, which is the largest soda or alkaline type on Earth.

The photos, taken by astronauts aboard the International Space Station (ISS), are in the final stretch of the Tournament Earth competition, which was kicked off by NASA's Earth Observatory on March 8.

One of the photos is a 2012 composite of stars in motion over the Americas, shot by astronaut Don Pettit, and the other is of Lake Van in eastern Turkey, captured in 2016 by astronaut Kate Rubins. The photos eliminated many other snapshots from space collected over two decades.

"In the semifinals, the photo of Lake Van took 94% of the vote against the Castellanus cloud tower," said the website, referring to the previous round, adding that an image of stars and earthly lights in motion also beat its rival of a view of the Milky Way by 60% to make it to the final.

The photo "Stars in Motion" by Pettit was in the Unity bracket, while "Lake Van" was in the Tranquility bracket.

Now the two await to be crowned the winner.

Voters have until April 12 at noon U.S. Eastern Time (4 p.m. GMT) to choose their favorite picture at earthobservatory.nasa.gov/tournament-earth.

The Earth Observatory’s mission is to share with the public the images, stories and discoveries about the environment, Earth systems and climate that emerge from NASA research, including satellite missions, in-the-field research and models, according to its website.