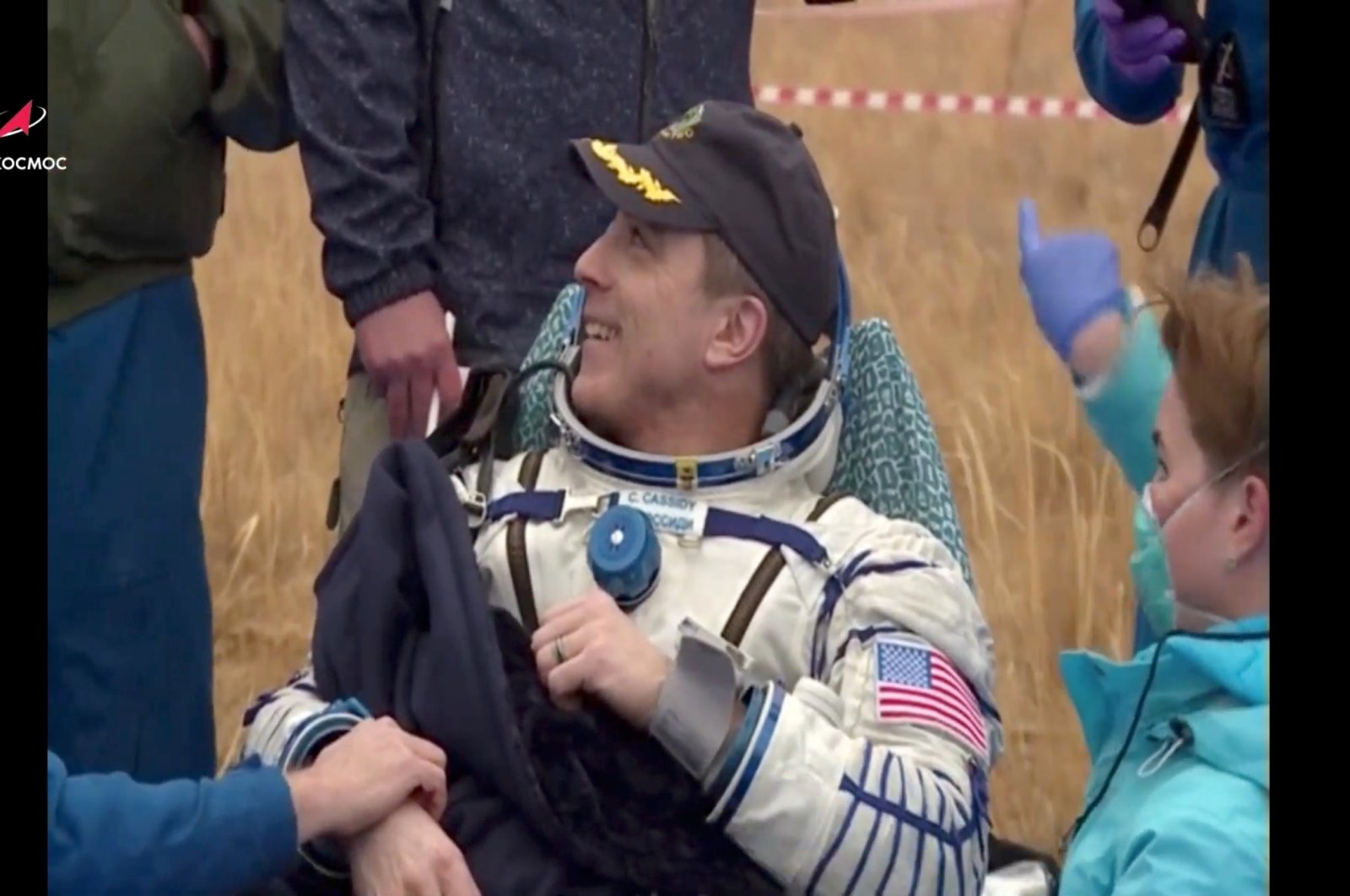 An American astronaut and two Russian cosmonauts touched down on the Kazakhstan steppe on Thursday, completing a 196-day mission that began with the first launch under lockdown conditions.

A NASA commentator citing communications from crews on the ground at the landing site said that the Soyuz descent module had landed in a vertical position and that the crew were working on getting the trio out of the craft.

The three-man crew had blasted off minus the unusual fanfare in April with around half the world's population living under national lockdowns imposed to contain the spread of the coronavirus.

The mission coincided with the arrival at the space station in May of the first astronauts to blast off from US soil for almost a decade.

The mission carried out by tycoon Elon Musk's SpaceX company as part of NASA's commercial Commercial Crew Program has helped fuel talk of a new "space race" between a number of countries.

Prior to returning from his third mission in space, former US Navy SEAL Cassidy, 50, tweeted a picture of blood samples that astronauts have to submit at various points in their mission, including just before undocking.

"What is the price of a return ride back to Earth?....8 tubes of blood!! The 7 shown in this picture were taken in the morning to be placed in our deep freezer, and the 8th will be drawn just prior to undock for ground processing soon after landing," Cassidy wrote.

First-time-flyer Vagner was a rare Roscosmos presence on the micro-blogging platform, where most NASA astronauts have a profile.

Ivanishin is wrapping up his third mission, after NASA's Kathleen Rubins, with whom he launched to the ISS in 2016, arrived for a second stint aboard the station last week along with Sergey Ryzhikov and Sergey Kud-Sverchkov of Roscosmos.

The ISS, has been a rare example of cooperation between Moscow and Washington.

Next month will mark the 20th anniversary of the orbital lab being permanently occupied by humans, but the station is expected to be decommissioned in the next decade due to structural fatigue.