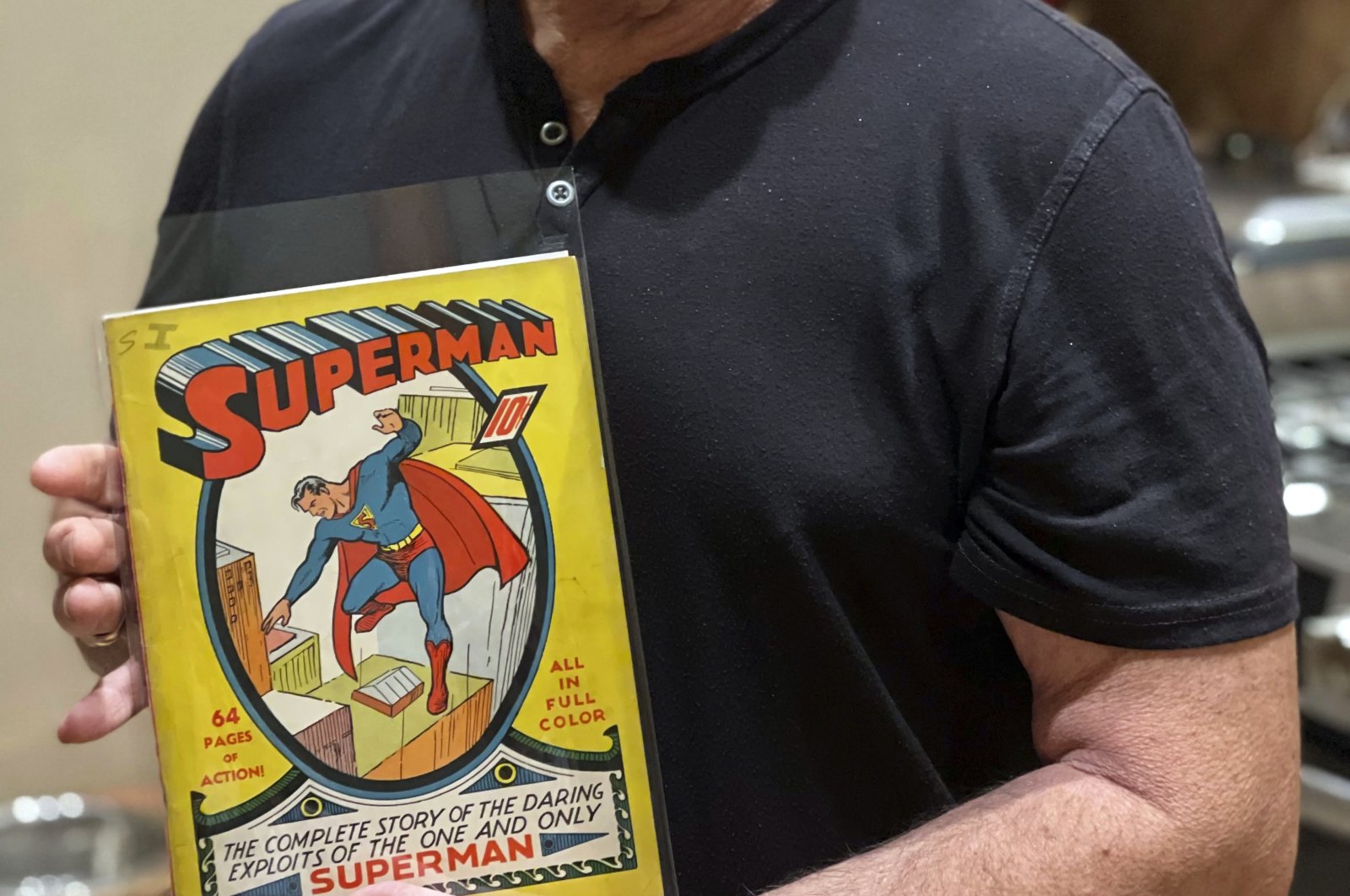 Mark Michaelson holds his rare copy of a Superman #1 comic book that sold on newsstands for a dime in 1939 in this undated photo. (Sara Michaelson/Mark Michaelson via AP)
by ASSOCIATED PRESS Dec 18, 2021 1:23 pm
RECOMMENDED

A rare copy of a Superman #1 comic book, which sold on newsstands for 10 cents in 1939, was purchased in an auction for a super-powered price: $2.6 million.

The comic showing Superman leaping over tall buildings on the cover was sold Thursday night to a buyer who wishes to maintain a secret identity, according to ComicConnect.com, an online auction and consignment company.

In addition to comic books, famous book series also find buyers willing to shell out ludicrous amounts of cash. A rare first edition of the first volume of the popular fantasy novel series "Harry Potter" was sold for almost half a million U.S. dollars on Dec. 11.

The seller of the Superman comic, Mark Michaelson, bought it in 1979 from its original owner and kept it in a temperature-controlled safe. Michaelson, now semi-retired and living in Houston, Texas, paid his way through college by buying and selling comics.

The character created by writer Jerry Siegel and artist Joe Shuster is a pioneer of the superhero genre, and comics featuring the Man of Steel have netted super prices recently. ComicConnect announced in April that a copy of Action Comics #1, the comic that introduced Superman in 1938, sold for $3.25 million.

"Now you look at the comic books and you go ‘superheroes everywhere.’ You look back in the '30s, there was no such thing. So this was literally the first superhero,” said ComicConnect CEO Stephen Fishler.

Fishler said what really makes the copy sold this week notable is that it is very difficult to find high-quality copies of Superman #1.