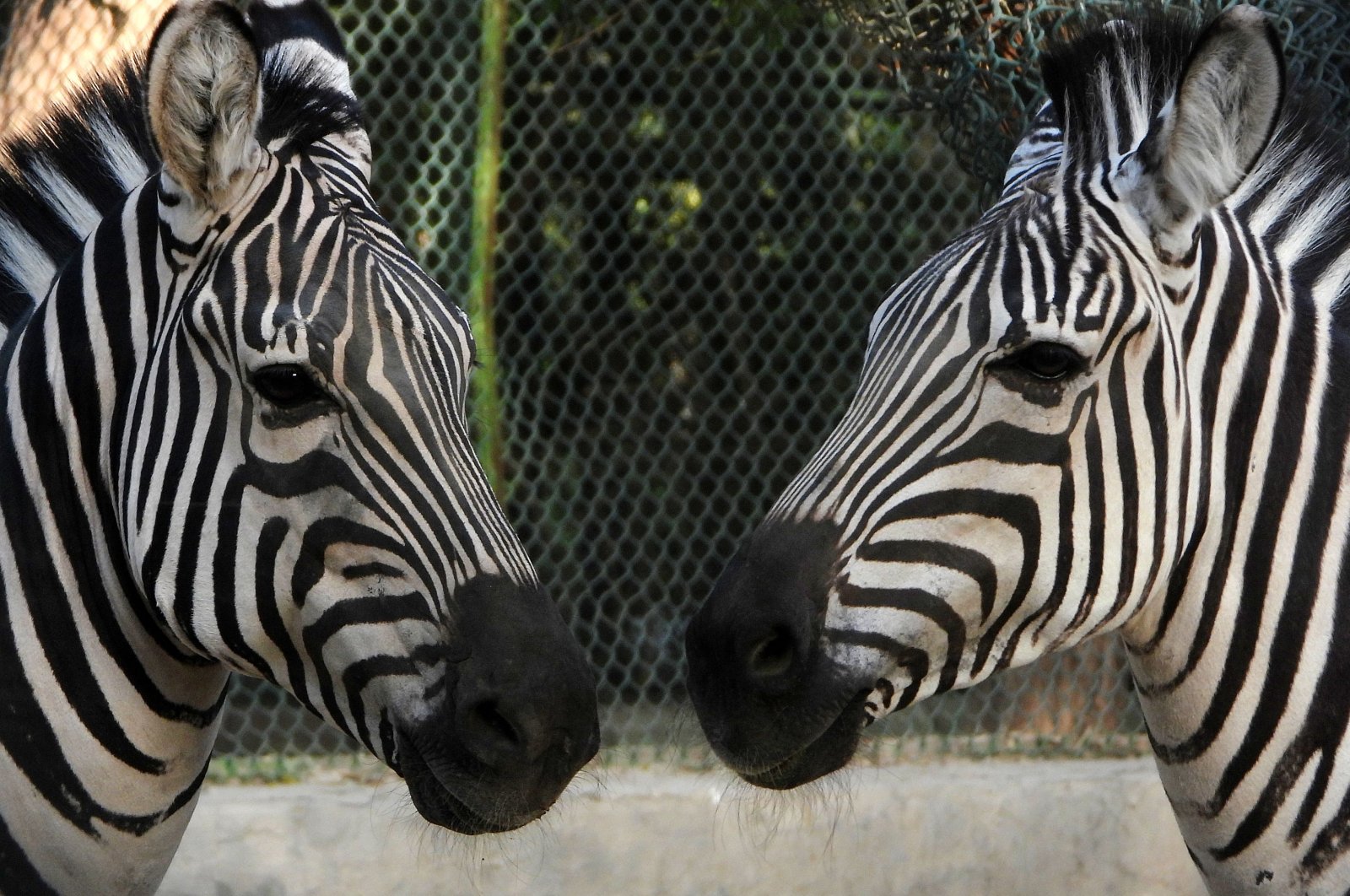 Zebras are pictured in their enclosure at the Kuwait Zoo in the capital Kuwait City, May 7, 2021. For nearly two months, a pair of zebras have been on the run near the U.S. capital Washington, D.C, successfully evading attempts to catch them. (AFP File Photo)
by French Press Agency - AFP Oct 21, 2021 10:55 pm

A pair of escaped zebras living outside of the U.S. capital has successfully evaded capture for almost two months, with their owner most recently being charged with animal cruelty.

Three of the animals escaped from a farm in the state of Maryland, just outside the city, at the end of August.

Two remain at large after one was found dead in an illegal snare trap in September, according to officials in Prince George's County, where authorities continue to search for the striped fugitives.

The zebras' owner, Jerry Holly, was charged Tuesday with animal cruelty as they "have not received adequate food, water or veterinary care" and are at risk of death, according to county court documents.

Holly has dozens of zebras at his farm, and the animal that died was found in a trap close to the property's fence line, according to the court filing.

The animals pose "a risk to persons approaching them, and a risk to drivers on the public roadways," it added.

Since their escape, the zebras have become local celebrities, starring on news reports and delighting residents, who have shared their frequent appearances on social media.

Joshua DeBois, a former member of Barack Obama's White House administration, tweeted in September that he was driving home when his six-year-old son told him calmly: "Dad, I saw the zebras."

DeBois turned the car around and filmed them trotting along the side of the road.

The as-yet-unsuccessful plan to apprehend the recalcitrant animals is to use "food and other zebras" to lure them back to the farm, said Prince George's County.