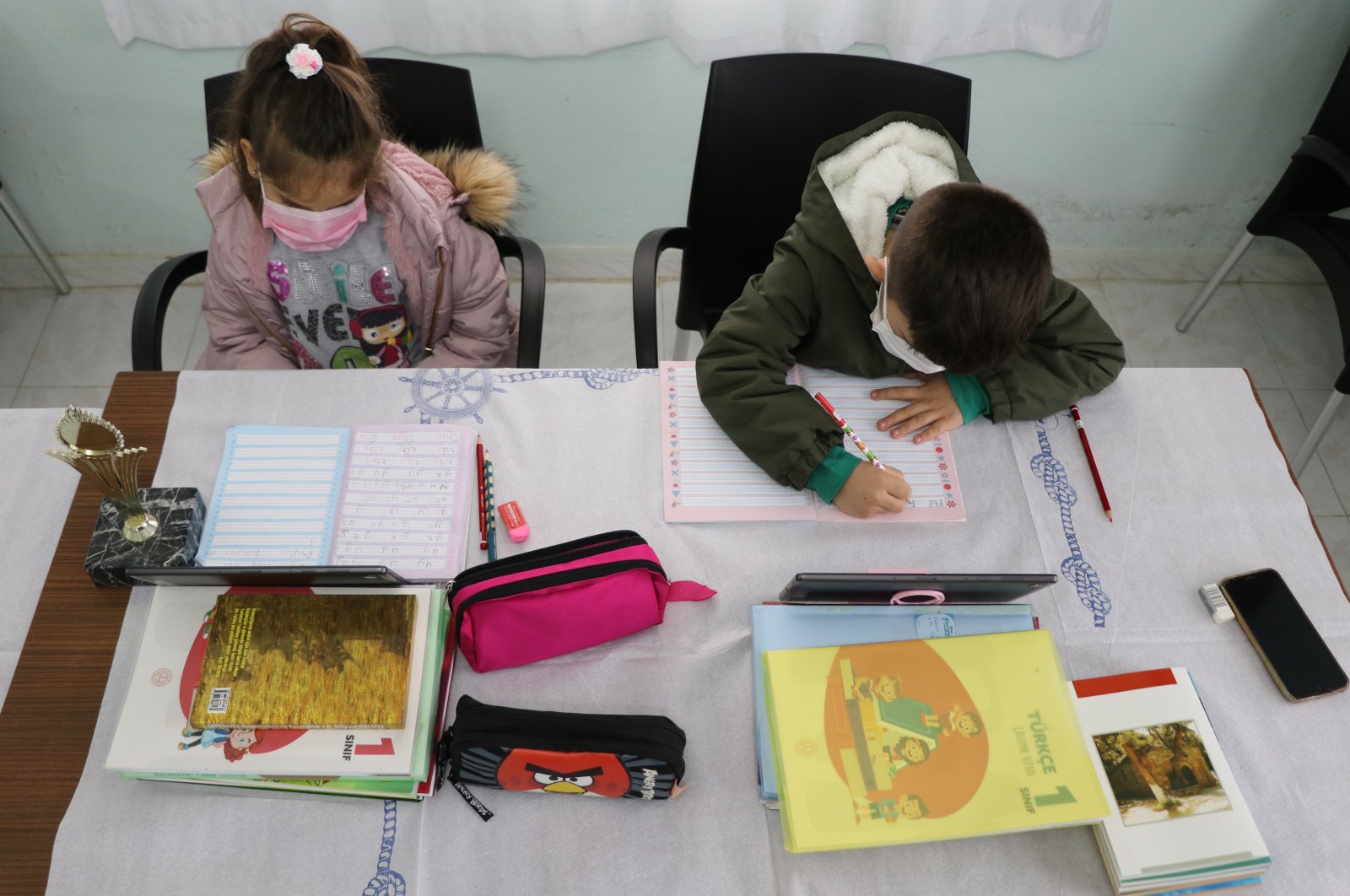 British research body the Institute of Fiscal Studies (IFS) estimates that children in the U.K. could lose as much as 40,000 pounds ($54,630) in earnings over their lifetime as a result of missing out on half a year of in-person education due to coronavirus lockdowns and restrictions.

The impact of the COVID-19 pandemic on education has been wide-ranging, with teachers suffering from burnout, small children losing basic skills such as how to use knives and forks, and young people growing more isolated by the day. The United Nations has said the world faces a "generational catastrophe" because of school closures.

Governments around the world, including in Turkey and the U.K., have implemented remote education programs in response to the coronavirus pandemic. Turkey initially launched nationwide remote education in March, integrating standard and extra curriculum and providing courses through the online Education Information Network (EBA) and three TRT television channels.

The IFS released its report Monday on the financial impact the pandemic could have on children in the U.K. IFS Research Fellow Luke Sibieta said that by the end of February, children in the U.K. will have missed half a year of in-person education, equaling more than 5% of their entire time in school.

The IFS said research found that each year of school increases a person’s earnings by 8% in highly developed countries.

Sibieta said the study calculated its findings based on average lifetime earnings of 1 million pounds, working out to 40,000 pounds lost over the course of a person’s career due to half a year of missed in-person education.

Sibieta pointed out that remote education has different impacts for each student, as it has been harder for younger children and those from disadvantaged backgrounds.

Teachers in Turkey have also commented on the negative psychological impacts that remote education has had on their students.

“It can lead to a lack of attention and also trigger a decrease of interest in the learning process as a whole and higher levels of anxiety in both parents and students,” Zeynep Akıncı, a teaching supervisor at a private school in the capital Ankara, told Xinhua News Agency.

To offset the inequalities in access to online education, three mobile operators in Turkey are offering 8GB of free internet data for students in an effort to provide equal learning time for all students. However, online education remains a challenge for those living in remote areas of Turkey due to varying access to the internet.

Turkey's Education Ministry announced in January that it plans to reopen schools on Feb. 15, but the final decision will be made in line with the guidance of the country's Coronavirus Scientific Advisory Board.