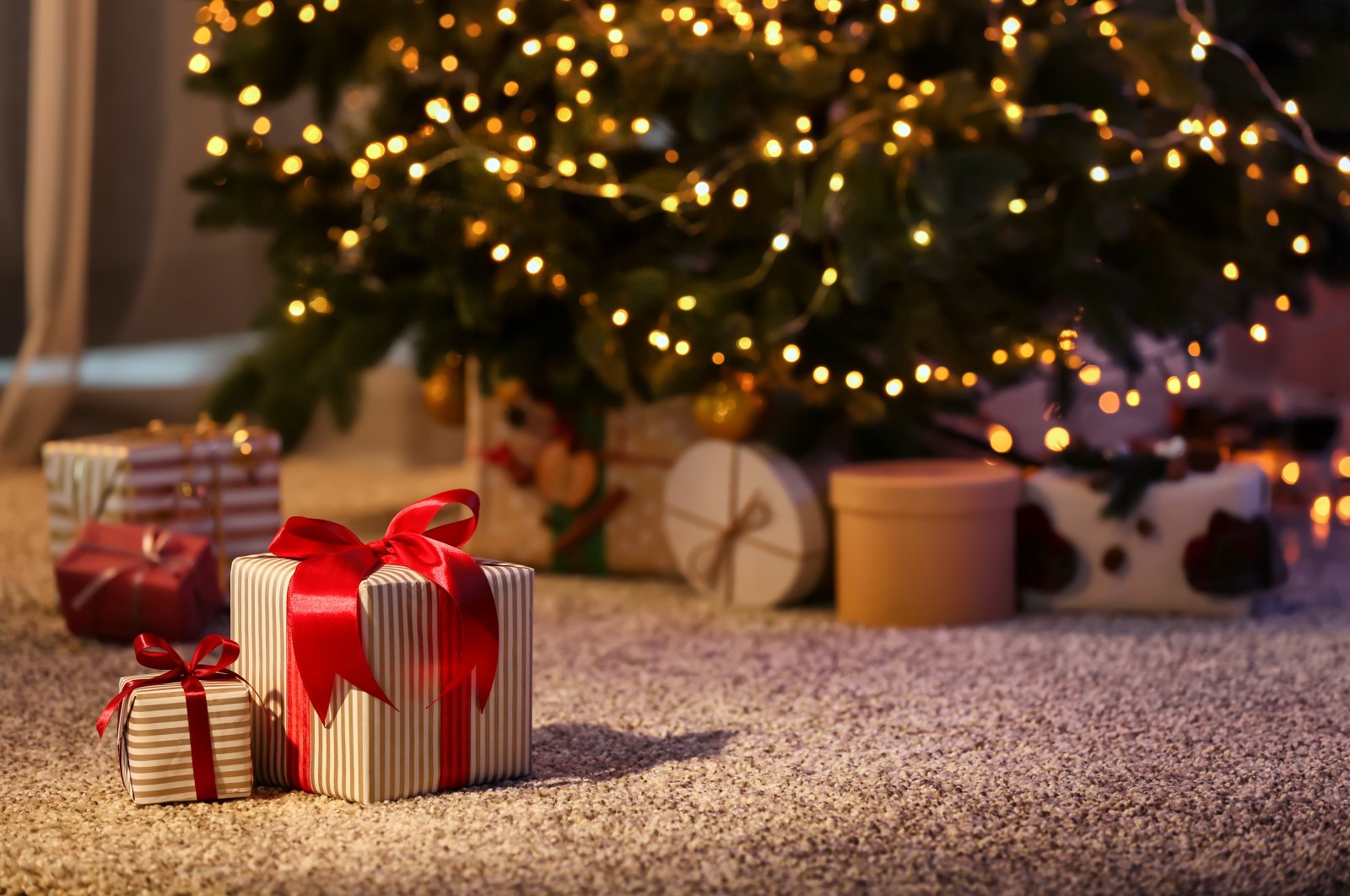 There are a number of steadfast gifts in Turkey that have become customary gifts over time. (Shutterstock Photo)
by Leyla Yvonne Ergil Dec 07, 2021 8:56 am

With the final month of 2021 upon us, it is officially the gift-giving season both here in Turkey and abroad as Christmas and New Year’s Eve loom on the horizon. While Christmas, referred to as "Noel" in Turkish, is not a holiday celebrated fervently by the Turks, interestingly enough New Year’s Eve is actually a day designated in Turkey for giving gifts to loved ones and family.

Many expats will notice all the colorful decorations lighting up Istanbul this time of year and many homes and shops will even have Christmas trees decorated for the occasion. Istanbul’s historical churches will hold Christmas Eve and morning mass. Most five-star hotels host lavish buffets for both Christmas and New Year’s Eve, while holiday gift markets are bustling with activity throughout the month.

When it comes to the Turks, who celebrate the gift-giving tradition on New Year’s Eve, there are some steadfast gifts that have become customary over time. Appropriate for almost all occasions and budget-friendly as well as quintessentially Turkish, check out this list of what gifts the Turks buy at this special time of year.

Family fun with board games

Now, most everyone knows that no Turkish home is complete without a backgammon set (tavla in Turkish), however, a lesser-known fact is that there once was a popular tradition of playing bingo, aka tombala, to ring in the New Year. That’s right, in a quirky tradition that began decades ago, Turkish homes and establishments across Anatolia would come together and play bingo on New Year’s Eve – and some still do!

Thus, for a sense of nostalgia, a gift of a bingo set can be quite appropriate for Turks, while backgammon sets are always appreciated. Simplistic backgammon and bingo sets can be found in almost any big supermarket, while more ornate tavla sets, such as those made with abalone inlay, can be found in the Grand Bazaar. The classic light-colored wooden boards and a wide variety of games can be sourced from the colorful wholesale district of Eminönü’s Tahtakale.

'Nazar' and other protective talismans

Let’s admit it, one can never have enough protection or good fortune. Luckily for us here in Turkey, the Turks specialize in the gift-giving of "evil eyes" and other symbolic figures. In other words, when in doubt, one can always give the gift of a nazar boncuğu, as the glass bead is referred to in Turkish. Found pretty much anywhere, from souvenirs to home decor shops and even at some supermarkets, the signature blue glass beads, with a white circle and black dot in the center not only come in all shapes and sizes, but also at every price. Evil eyes can be worn as a charm or pin, can be hung above doors, on walls or in cars. The latest trend even involves hanging them on trees, thus making the sky literally the limit.

A popular tradition in Turkey is to smash a pomegranate in front of the entrance of a home as it is believed to usher in good fortune in the year to come. Rituals aside, pomegranates have always represented prosperity in Turkey and many homes will have small ceramic pomegranates adorning some shelf. Thus, the ubiquitous pomegranate, both fresh or as a bric-a-brac, makes for a perfect gift to ring in the New Year.

An absolute go-to gift for Turks is a yearly dayplanner book, referred to as ajanda in Turkish, which comes in all shapes and sizes, soft and hardbound. Historically, the most popular brand to purchase has always been “Ece,” believed to have been named after Turkey’s first Miss Universe Keriman Halis, who was named “Ece” by Turkey’s founder Mustafa Kemal Atatürk when the 1934 surname law passed.

Both the brand and the tradition of gifting and owning dayplanners actually date back to 1910 in Turkey, when the same brand, previously named "Afitap," made the first dayplanner in the Ottoman script. Since then, the Ece Ajanda is hands down Turkey’s most popular gift. Atatürk famously had pocket-sized six-month versions made for himself that he would maintain during his campaigns, including the Battle of Gallipoli. Easy to find, Ece Ajandalar can be purchased at any book and stationery shop as well as in supermarkets at this time of year.

Pass it around: Turkish cologne

While Turkish cologne, the perfect blend of alcohol and essence, has always been a refreshing and handy gift given to anyone of all ages and for any occasion, it is especially appropriate as a present for New Year’s Eve. As in most occasions, multiple friends and family will gather as the clock tolls at midnight and the custom in Turkey is to offer guests a sprinkling of cologne in the palm of their cupped hands as a refreshing cleanser. The art of cologne and its fragrances in Turkey have well-surpassed the original lemon and lavender variations. Brands such as Rebul have a special range of exotically scented colognes, including one that complements the spectacular buzz of beautiful Istanbul.

Lokum, aka Turkish delight, has always been a special treat given as a gift when going to people’s homes or even as a simple gesture. Lesser known, yet just as impressive, Turkey actually has another sweet candy specialty that shines as a holiday gift this time of year and is specially offered to young ones. Historical confectioners such as Kadıköy’s Şekerci Cafer Erol have perfected the art of crafting identical fruit replicas made out of marzipan. Referred to as badem ezmesi in Turkish, which translates to almond paste, and thus doubling as a healthy and sweet treat, the creations made at Cafer Erol include various fruit and vegetable shaped and colored marzipan sweets.

Baklava is always appreciated in Turkey. In the candy business since 1977, the confectioner Hacı Bekir’s branch in Istanbul’s Bahçekapı has been declared a living museum by the Ministry Of Culture and Tourism. In total, there are eight branches of this legendary brand known for their lokum, tahini helva, marzipan and akide hard candies, all of which make for perfect gifts.

Red undies: Believe it or not!

Yes, you read that correctly. Last but certainly not least is the tradition of purchasing red undergarments to be donned at the stroke of midnight to usher in the New Year. Strangely for some, this particular gift-giving tradition is not limited to lovers and thus, don’t be shocked or misconstrue the situation should an acquaintance of any gender gift you a pair of red panties or briefs. Under no circumstances should you be offended by such a gesture or embarrassed as others may even go to the great lengths to wear it over their clothes, just to overcome the superstition as it is believed wearing red panties will bring luck to the wearer in the year to come. Therefore, bright red panties, both sweet and sexy, are widely available at this time of year where all undergarments are sold and in special holiday displays that could pop up anywhere, so be prepared!