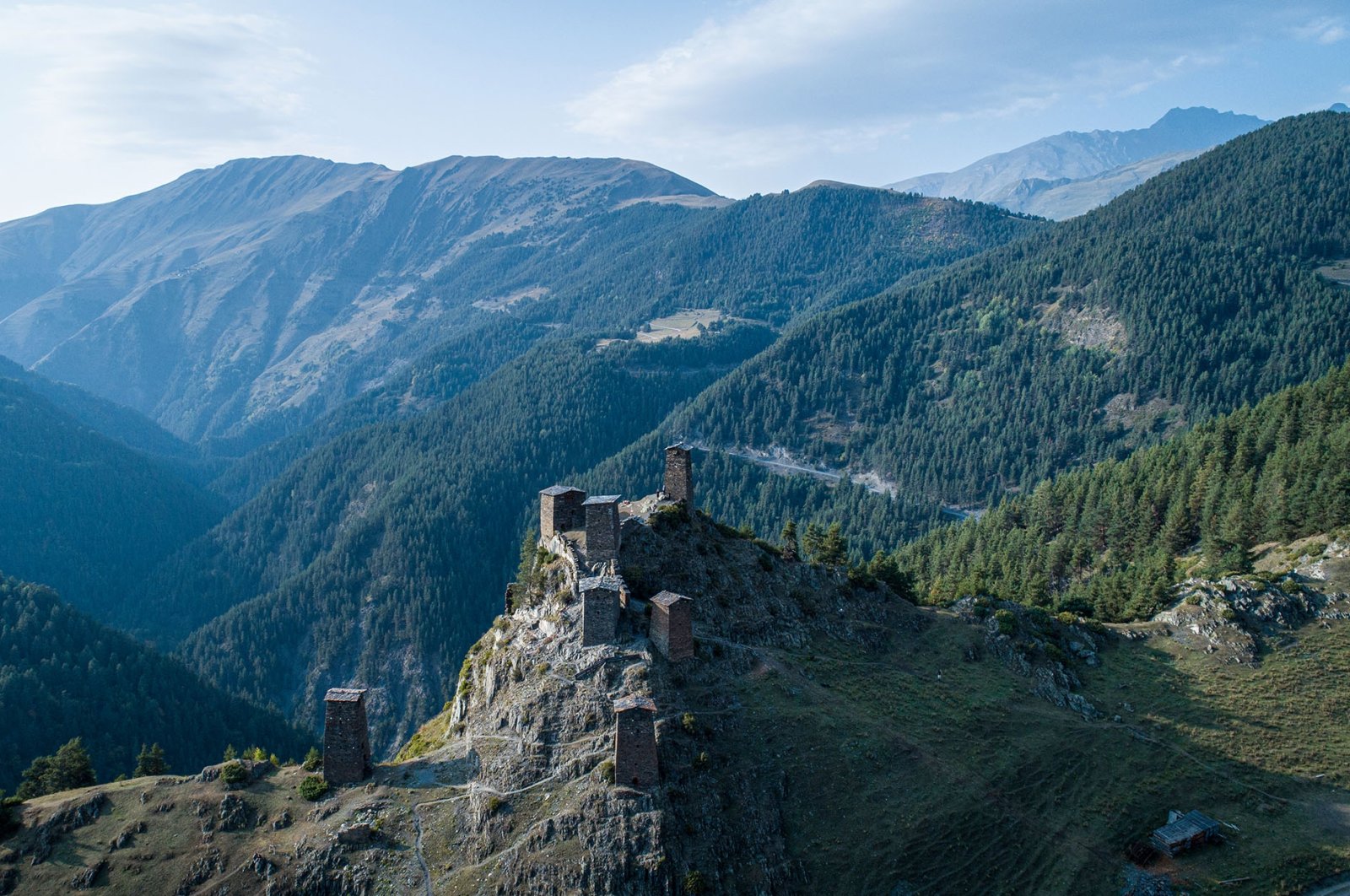 Tinatin Ididze has a clear rule-of-thumbs when it comes to traveling in her native Georgia: do Tusheti last. “Once you have been to Tusheti, nothing else will impress you.”

Admittedly, Tiko, as everyone calls her, isn't an objective source. For at least nine generations, her large family has been living in the remote valleys of Tusheti, a region close to the Russian border on the northern slopes of the Greater Caucasus mountains.

But Tiko knows what she’s talking about. The 37-year-old spent three years in Andalusia and studied teaching in Georgia’s capital Tbilisi. She is fluent in English and Spanish and recently founded her own travel agency.

Her rule-of-thumb is soon proven right, once you cross the Abano Pass, almost 3,000 meters high, on the only road leading to Tusheti.

The SUV struggles up the winding curves and sometimes has to stop to let a herd of sheep pass. Tiko still hopes that the street will never be tarred. “Otherwise we’ll get mass tourism.”

After five hours of adventure, we arrive in Omalo. Tusheti’s main settlement is reminiscent of a medieval epic, with houses built of layered stones and partially covered with slates. A dozen defense towers guard the town from a hill.

Before the pandemic, tourism boomed, with almost all of Omalo’s houses now converted into guesthouses. Between the renovated hostels abandoned houses are turning into ruins.

A visit to the national park center will tell you more about the local culture. However, Nugzar Idoidze, who used to head the Tusheti department at Tbilisi’s ethnographic museum in the 1980s, has some stories of his own to share.

Since he returned to the region 20 years ago, he has been recording the stories of the older generation.

From village to village on shepherds’ trails

The following morning, Tiko walks down the valley on an earthen road; in a pasture, she strokes her favorite horse. Rusty snow caterpillars from the Soviet era line the road. In the gardens, flowers glow under gnarled apple trees and sugared rocky peaks sit in the background.

Most of the mountains here lie on the border with Russia, Tiko explains. Their peaks are therefore off-limits. Hikers walk mainly in the valleys and halfway up the mountains, passing through many traditional villages on the way.

In Shenako, dried bunches of oregano, chamomile and St John's wort hang on the stone walls, next to knitted socks and slippers. An open-air souvenir sale.

Chigho villages seem almost deserted. Only one family still lives among the ruins, having now converted their house into a lodge for hikers.

Dartlo, considered the most beautiful village of Tusheti, is another story. Hovering above a small canyon, its stone houses are neatly renovated and the slender spires have pyramid roofs. Since 1986, Dartlo has been a museum village and with the help of the World Bank all corrugated iron roofs were replaced by traditional slate roofs.

Pre-Christian traditions in the area are still strong today, as shown by the shrines in every village. In Dano, ram skulls and horns lie on the little tower of stone slabs.

A female hiker stepping over the semicircle of loose stones in front of it is stopped by a shout from Tiko. She points to a sign showing a red, crossed-out skirt. The shrines are off-limits to women.

In other places, everyone, including men, is denied access. Tourists shouldn’t disobey these sacred rules in order not to anger the Tushs. Those who are respectful, on the other hand, are may even be invited to high festivals.