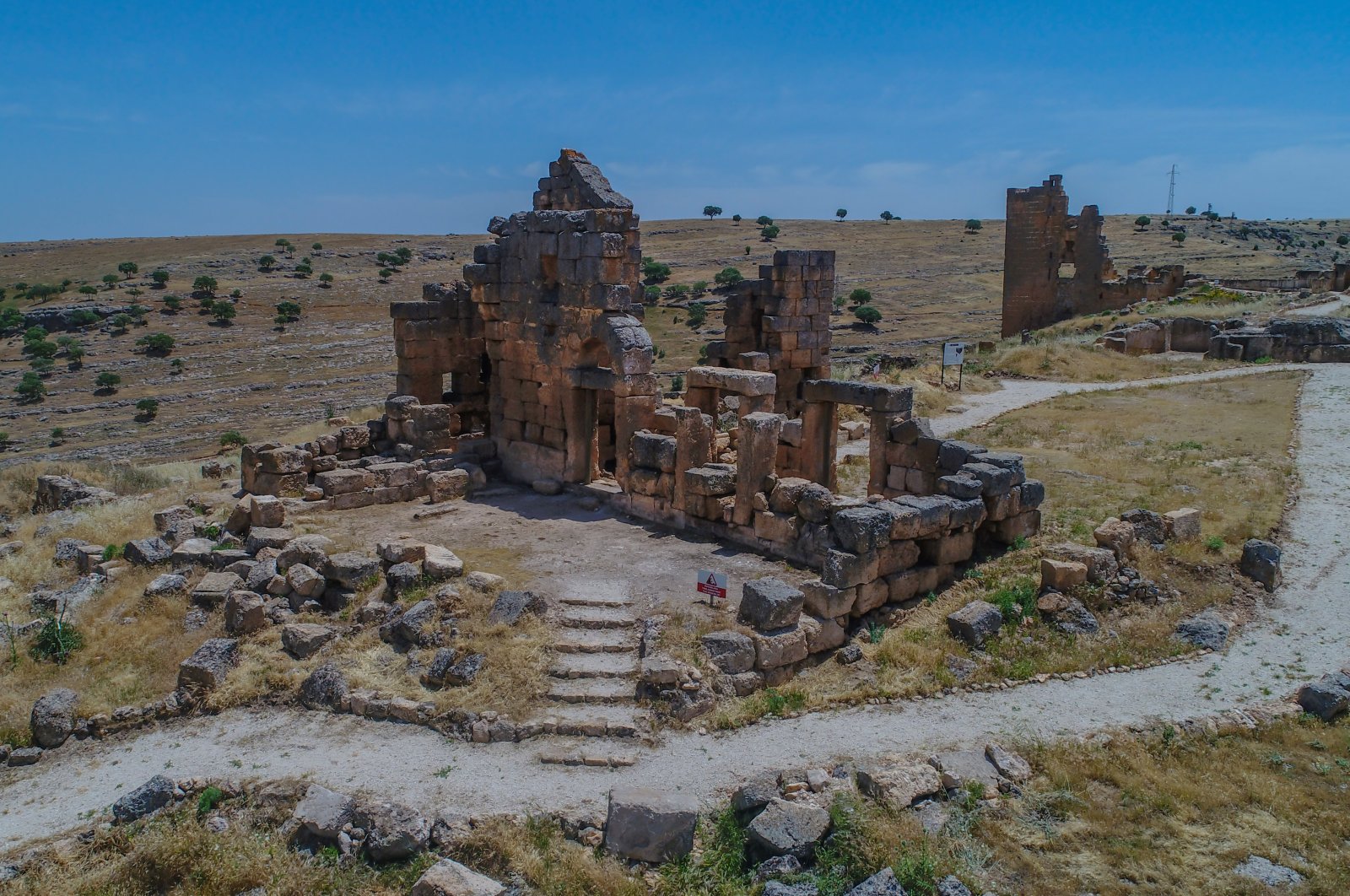 Zerzevan Castle in Diyarbakır will be one of the stops on the new cultural route created in the "Golden Triangle" of Mesopotamia. (AA Photo)
by DAILY SABAH WITH AA Nov 05, 2020 12:40 pm
Edited By Yasemin Nicola Sakay
RECOMMENDED

With a history deeply rooted in countless civilizations, three Turkish provinces once known as the "Golden Triangle" in Upper Mesopotamia are hoping to attract more tourists with new spiritual and cultural routes to be created for visitors eager to explore the past.

The southeastern Turkish provinces of Diyarbakır, Şanlıurfa and Mardin have been home to many small- and large-scale states since the dawn of history as their plentiful natural resources have attracted people from different ethnicities, religions and cultures for thousands of years.

The word "Mesopotamia" translates to "(the land) between the rivers" in ancient Greek, a reference to the Tigris and the Euphrates, two rivers thousands of people competed to rule over in some of the deadliest battles in history.

This "golden trio" of cities located in the upper part of the region has played a key role in human history, including hosting humankind's earliest settlements in the region, such as the world's oldest temple Göbeklitepe, the birthplace of the world's first agricultural activities and the earliest villages ever built.

Among the many kingdoms who ruled Upper Mesopotamia were the Assyrian Empire, Alexander the Great's Macedonia, Hellenistic states, the Roman Empire, the Ayyubids, the Abbasid Caliphate, the Seljuk Empire and the Ottoman Empire. Each left its mark on the region, mostly in the form of monuments such as temples, palaces and citadels.

In order to make this adventure through historical eras easier and more satisfactory for visitors, Turkish authorities have collaborated with the tourism and culture sector and will hold a workshop this month in Diyarbakır to discuss the steps to be taken in this direction.

One of the most important items on the agenda will be the establishment of "belief and culture routes" that will guide visitors through predetermined locations to take them on a journey through time. Visitors will also be provided information about how to travel in the region, where to find accommodation and how to find the best places to eat without hiring a guide. This route will include historical mosques, churches and synagogues as well as ancient temples.

In an interview with Anadolu Agency (AA), Münir Karaloğlu, the governor of Diyarbakır province, said Upper Mesopotamia was one of the very first settlements in human history and contained countless historical artifacts and immeasurable cultural value.

"By combining the cultural and religious values of these three provinces, we are striving to create a (regional) synergy," he said, adding the coming workshop will focus on the marketing strategy based on the destinations, establishing new routes for travelers.

Karaloğlu said the COVID-19 outbreak had dealt a heavy blow on the tourism sector across the globe, but they hope the region will shine as a hot spot of tourism with its ancient artifacts after the pandemic is over. He said the most prominent attractions were Göbeklitepe in Şanlıurfa – considered "ground zero" of human history, Diyarbakır's mighty fortress walls that stretch for over 5,000 kilometers (3,106 miles), making them second only to the Great Wall of China, and the luscious Hevsel Gardens.

"Zerzevan Castle was also added to the World Heritage List," Karaloğlu said, referring to the former Roman military base under which excavations revealed the existence of a temple belonging to the pre-Christian cult Mithraism built for religious rituals about 1,700 years ago.

The governor added that the new routes would add to the already existing touristic value of the region.