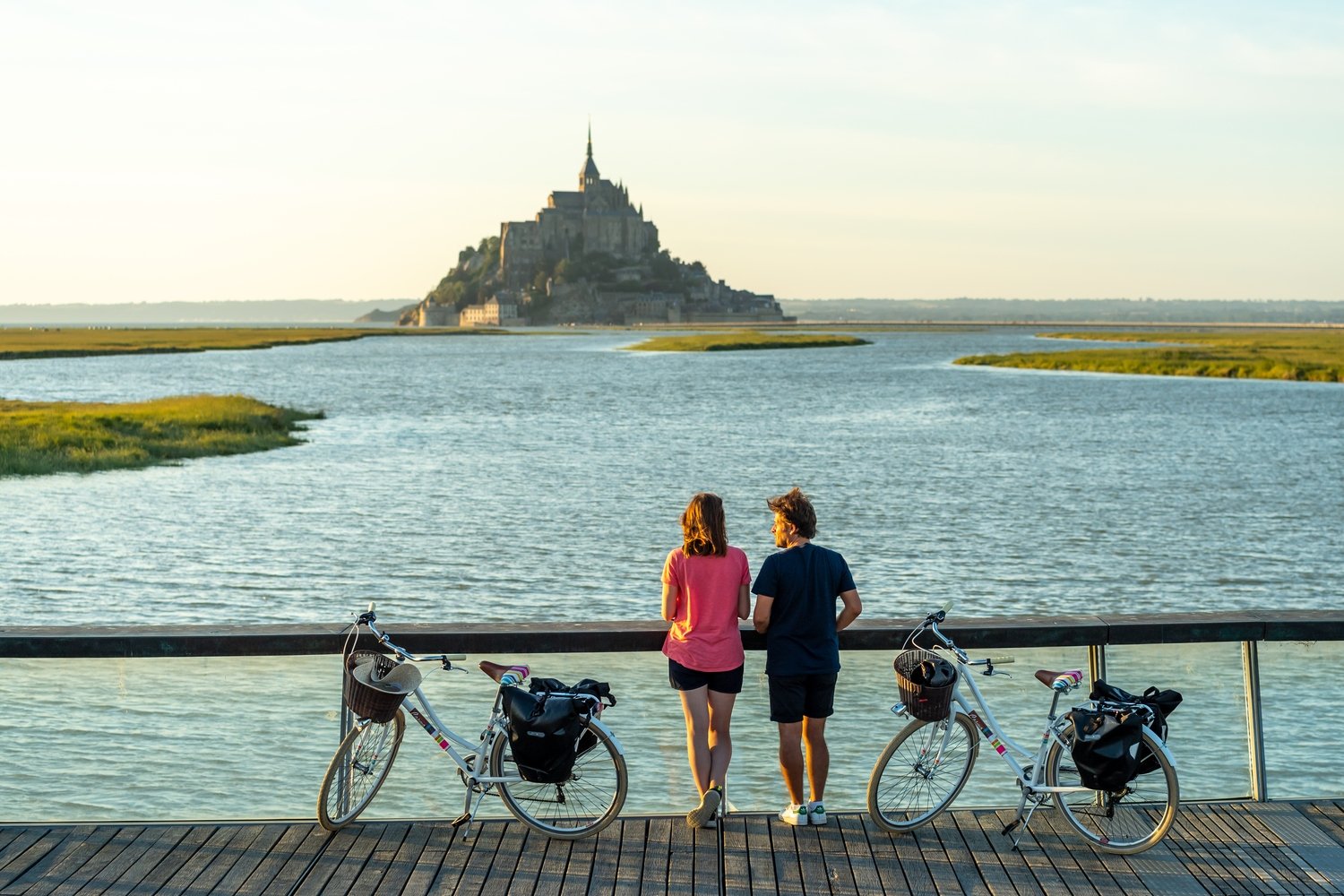 France's northern coast is filled with major historic sites and impressive landscapes and now cyclists can enjoy these sights on their bicycles thanks to a new path that has recently opened up.

Over 1,500 kilometers (932 miles), the Velomaritime runs from Roscoff, in Brittany, to Dunkirk, on the Belgian border, and is great for cyclists looking for a challenge or who want to get away from it all.

Awaiting them is the pink granite coast, for example, a 10-kilometer stretch where the cliffs are as bright as if they had been painted.

Further along is the Mont-Saint-Michel, the famous tidal island topped by a historic Benedictine abbey, now a UNESCO-protected site.

Cyclists will pass many historic sites along the route, such as the beaches where the D-Day landings took place during World War II, as well as the cliffs of Etretat, the Bay of Somme and the Opal Coast.

There are many museums to mark the events of June 6, 1944, when soldiers fighting in the war landed along the coast in the largest seaborne invasion in history, if you need a break from pedaling.

There's also plenty to discover at Boulogne-sur-Mer, the largest fishing port in France and a city packed with art and history.

Not to forget the region's culinary offerings – starting with seafood. And there are other local specialties as well: Brittany is famous for cider and for its crepes – known as galettes and made from buckwheat. You can order either sweet or savory versions.

Meanwhile, cuisine in Normandy is said to be shaped by four "C"s, namely Calvados, Camembert, cider, and cream sauces.

Cyclists who want to get away from others will enjoy eight scenic viewpoints along the route, where you can take in panoramic views of meadows, historic farms, coastal lagoons and seals if you're lucky.

The region is rich in wildlife, home to herons and many other species. But it's better to take the sights in from the water, by canoe or kayak – and a break from the saddle couldn't hurt either.