On a photo safari through picturesque Cappadocia 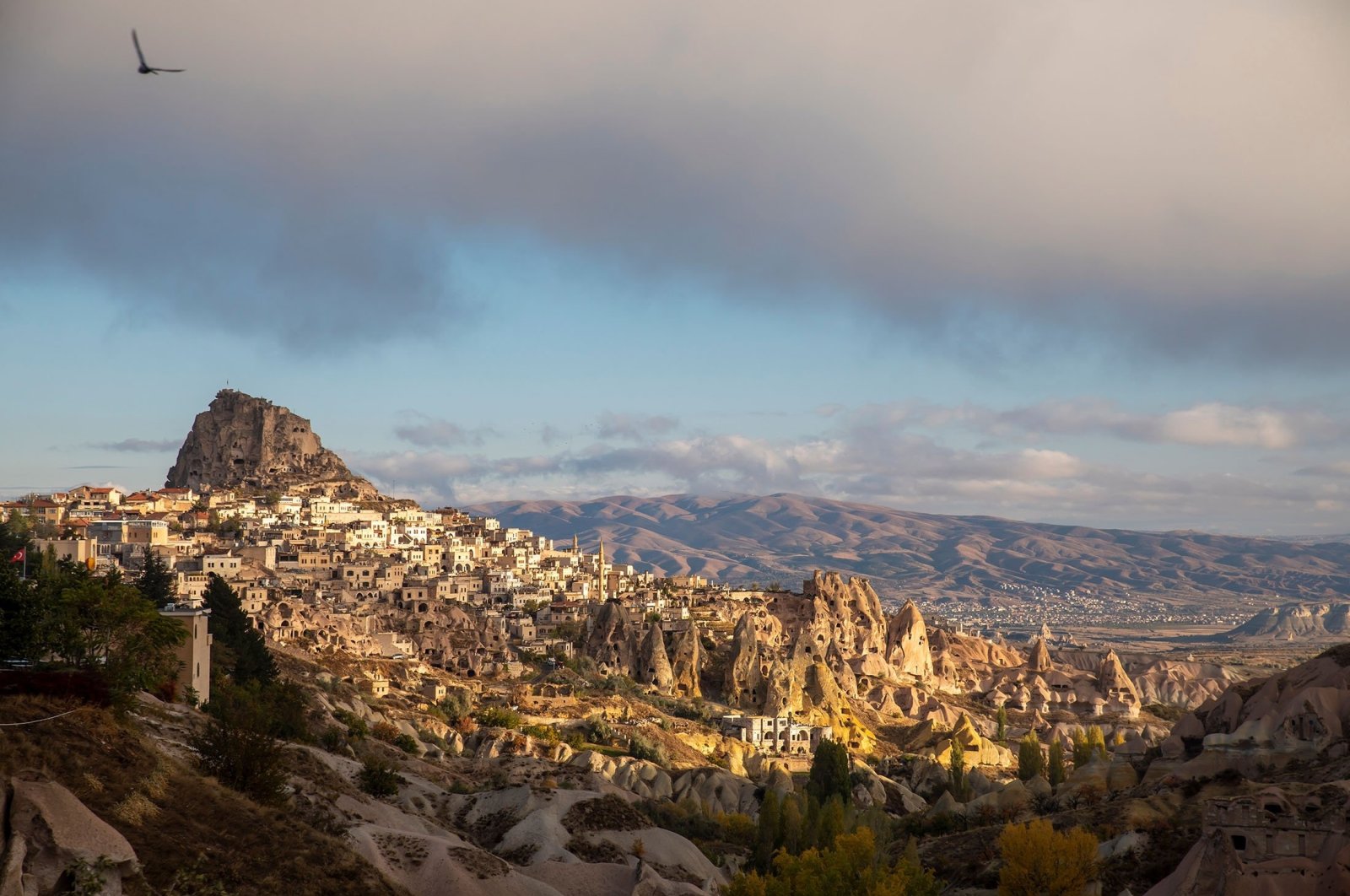 Turkey is full of picturesque locales that span thousands of years, from UNESCO treasure troves to natural beauty, but none can top the unique fairy chimneys of Cappadocia

Recently, I was very fortunate to be invited to central Turkey’s Nevşehir province for the “Touristica UNESCO Photo Safari” event. For three days we toured the landscape of Cappadocia, from unbelievable canyons to breathtaking valleys.

While walking on the pathways along the fairy chimneys, one can't help but wonder about the history of the landscape that has developed over a million years. It also stirs a sense of admiration for the deep history embedded in the unimaginable historical treasures, natural and man-made alike, that Turkey has to offer.

From the Roman to Byzantine empires, Hittite relics from the Bronze Age, Muslim structures alongside numerous Christian settlements, Cappadocia has it all really. In every corner, it is possible to spot a church inside a hollowed-out cave. That is the prevailing theme actually: caves.

Along with the famous fairy chimneys, the incredible cave settlements of the region are a sight to behold. There are numerous underground cities and castles that were inhabited by thousands of people in tens of thousands of houses carved into the rocky terrain that used to provide warmth and shelter for many civilizations of the yore.

On the way to the Uçhisar settlement we stopped at Güvercinlik Valley, or Pigeon Valley, situated between Göreme and Uçhisar. Atop a hill that oversees the valley, you can catch a glimpse of the Uçhisar Castle. Those who are more sporty – and have more time – can walk all the way to Uçhisar. There are numerous houses on the hillside on either side of the valley.

Most are blocked off, their windows boarded, due to safety risks – and interestingly enough most have turned into nests for birds. Yes, the name given to the valley is not just a casual one. The canyon hosts thousands of pigeon houses that have been carved into the soft tuff since ancient times. A careful and closer look at the boarded windows, though it can be hard to get close, reveals blocks hollowed out on the side. These can be seen all around Cappadocia, but they are especially numerous in this valley.

In Cappadocia, pigeons have long been a source of food and fertilizer. The advent of chemical fertilizers has reduced the use of pigeon dung. However, some farmers still maintain their lofts because they insist that the reputation of Cappadocian fruits as the sweetest and most succulent in Turkey is entirely due to pigeon dung.

Some of the houses are still open and you can walk through them to gain some insight into the lives of people that lived thousands of years ago. Actually, scratch that, people still lived in these houses – the likes of which are everywhere in Cappadocia – until around 60 years ago, even in the 20th century, as pointed out by our tour guide.

I happened to visit one of the houses. Even though it was dark inside – a flashlight would have helped – I was able to spot many hollowed-out points. Some look like they were fashioned as shelves at some point, some resemble places to put some sort of light. Most of these houses are two-story structures, and this was no different, though the opening to the upper floor was inaccessible, unfortunately. The spot that may have had a ladder in the past to reach the upper story now had only a few fallen rocks. Ancient people sure had a liking for scenery though, as the view from the windows was incredible.

Moving on to Uçhisar, one is awe-struck at the ancient majesty of the castle. An incredible centuries-old citadel perched on a rock spur, Uçhisar Castle certainly makes one wonder: How did they build this?

Along the way, the town is full of beautiful stone houses, carpet makers, gift shops, and of course a must in Turkey: incredibly cute stray cats and dogs.

Once you go into the castle, you are likely to think twice before climbing the many stairs to the top of the castle. There is a hole surrounded by fences at almost every corner. Many rooms hollowed out in the rock are connected to each other with stairs, tunnels and passages. So be careful not to go over boundaries and risk a nasty fall.

In its heyday, the castle and the settlement used to house more than 1,000 people. As you go up, the landscape surrounding the castle gradually comes into focus. The top, which is is the highest point in the region, offers a commanding view with the marvelous panorama of the ever-beautiful Cappadocia surrounded by mountain ranges on all sides. It is worth the thousand stairs.

Let us take a break from the picturesque Cappadocia here, after all, one needs to save some bits for the sequel as well. But, do not fret there are plenty more sights to see in this region and I am sure to do my best in covering them all in the following articles.

As I said I was fortunate enough to get invited to the “Touristica UNESCO Photo Safari” event, which aims to celebrate and promote world heritage locales in Turkey, highlighting the cultural and natural richness of the geography that has housed innumerable civilizations through its thousands of years of history.

The first of these organizations was in Cappadocia, and the next is in Bursa and Safranbolu. It will continue until May 2022, hopping around the Turkish landscape from Izmir to Kars to Konya.

It also entails a photography competition, as the name suggests, with a TL 5,000 ($565) prize for first place at every event, and other monetary awards for second and third places.

The winning photos will be used to stimulate greater interest in UNESCO World Heritage Sites in Turkey.