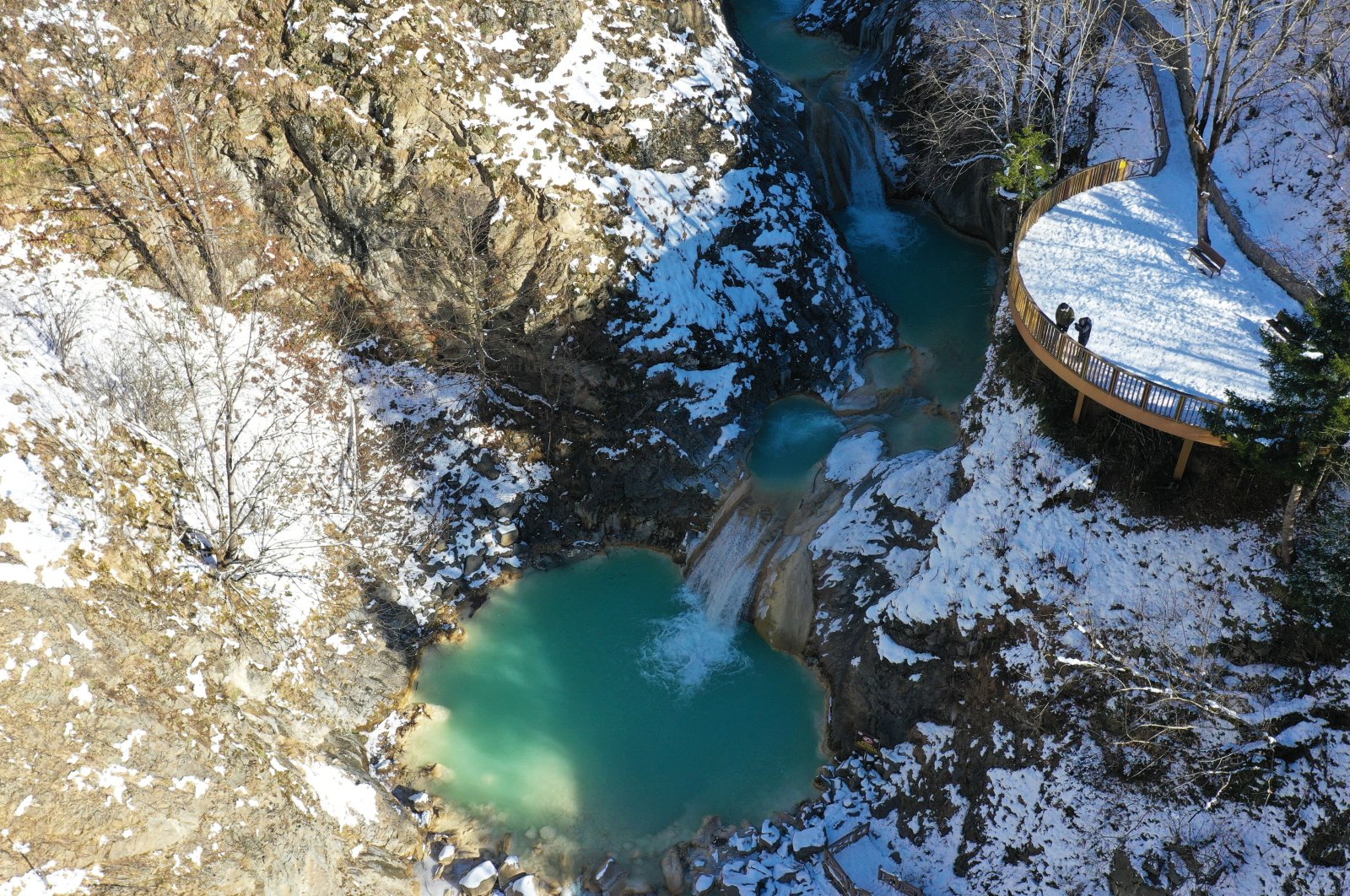 Plateaus and nature parks were transformed into wintery landscapes after snowfall in the highlands of Giresun province in northeastern Turkey.

The snow produced picturesque scenes in the vast pine forests of Koçkayası Nature Park as well as at Kuzalan Waterfall, which now is graced with icicles.

“We weren’t expecting this much. It is like a postcard here,” she said. Yalçın said she would love to come again if she has the chance.

Another visitor, Izzet Yalçın, said: “This is the first time I have visited Kümbet Plateau. It is the perfect place to visit.”

Giresun province is home to some of Turkey's famous mountains, plateaus and greenery that draw visitors year-round to the northeastern Black Sea region. The area is covered with forests that stretch far from the sea.

Kümbet Plateau is the most renowned and visited plateau in Giresun, located in the Dereli district. Dereli is also home to Mavigöl, a stunning series of three turquoise lakes colored by natural mineral water and limestone, at the Kuzalan Falls Nature Park. The lakes vary in their turquoise hue from June to December, according to the weather conditions and the melting of the snowpack.