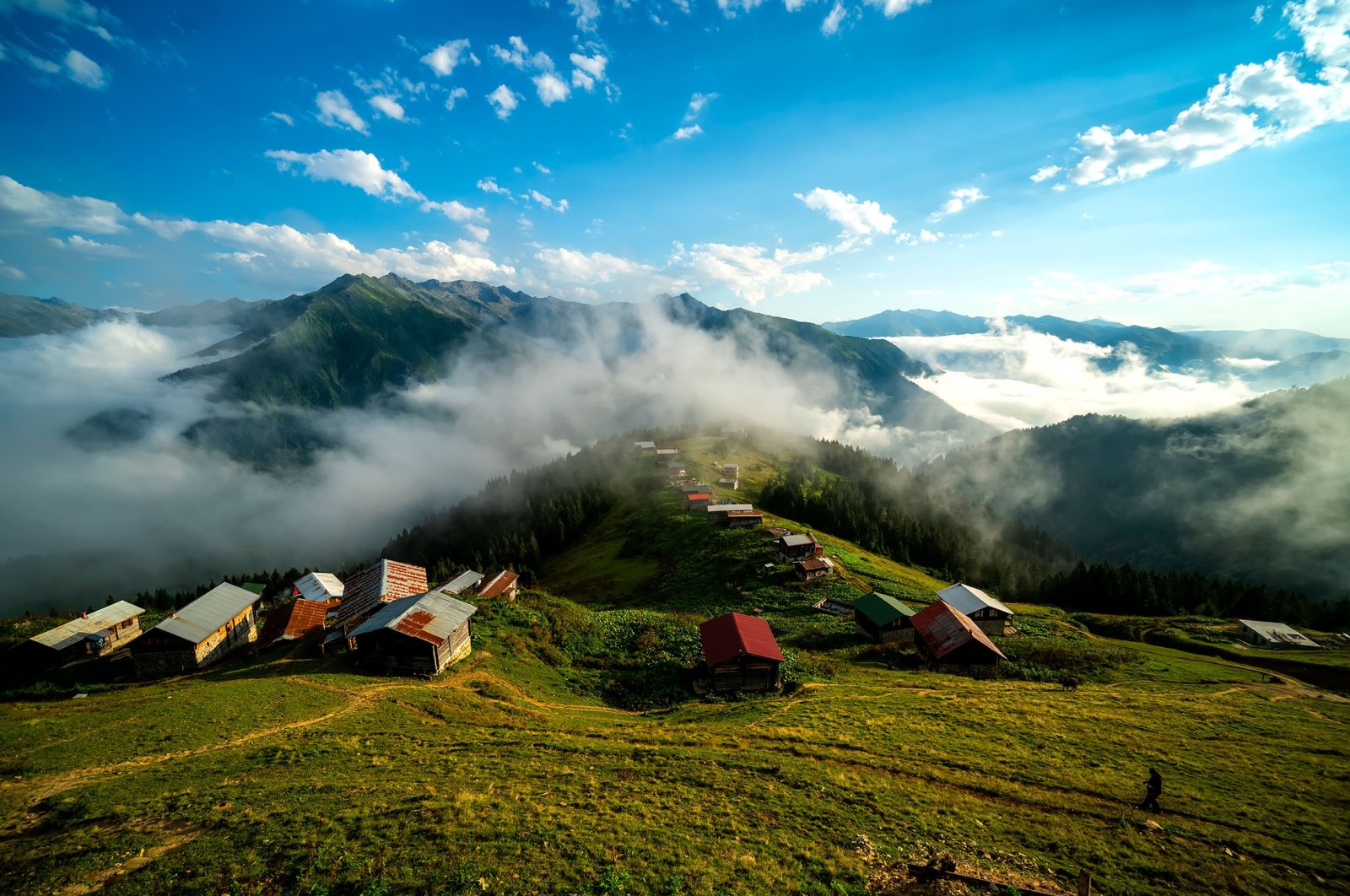 A general view of the Pokut Plateau in Turkey's Rize province. (Shutterstock Photo)
by Anadolu Agency Jul 07, 2021 11:07 am
RECOMMENDED

Turkey is famous among tourists for its Mediterranean coast and beautiful beaches along the Aegean Sea; however, there is so much more to see, especially in the country's Black Sea region.

Known for its natural beauty, historical sites and local delicacies, the pearl of Turkey’s Black Sea region, Rize province, is preparing to rise in the ranks of gastronomy.

The mayor of Rize municipality, Rahmi Metin, told Anadolu Agency (AA) that Rize has not yet claimed the spot it deserves in the world with its geography, climate and very special regional foods, but with the GastroRize festival, the city will step into its well-deserved place.

Touching on the aim of the 1st GastroRize National Rize Gastronomy Days organized between July 1-3, Metin said that with the event, they aimed to present people with the hidden dishes of Rize.

"When Rize is mentioned, you see that some of our restaurants shine with their döner kebab, made of meat cooked on a vertical rotisserie. Some come to the forefront with their black cabbage rolls," he said.

Rize has many local delicacies, ranging from deserts such as "laz böreği" and "pepecura" (a sort of pudding in the Turkish cuisine) to fruits and nuts unique to Rize, he added.

He also discussed the most popular dishes in Rize, saying their rich flavor comes from the butter made from the milk of cows in the highlands of Rize.

Metin said they expect more tourists to come to Rize for gastronomy tourism, adding that the number of tourists coming to the city will increase quickly with the events being held.

"Currently, over 1 million tourists, both domestic and foreign, come to Rize every year," he noted.

Regarding the opening of the airport in Rize, Metin said: "Hopefully, the first planes will land at Rize Airport toward the end of 2021. This will provide serious benefits for both regional tourism and Rize."

With GastroRize, local flavors of Rize will be recognized across the world, he added.

The northeastern province of Rize attracts the attention of both domestic and foreign tourists with its natural beauty, biodiversity, tea gardens, local markets and historical houses.

Tourists can watch the sunset and the unique scenery formed by fog on the Huser Plateau, which is at an altitude of 2,700 meters (8,858 feet).

Visitors to Rize also can enjoy the Pokut, Sal, Gito, Badara, Yukarı Kavrun and Elevit plateaus located in the higher parts of the city.

Elevit Plateau, at an altitude of 1,800 meters above sea level and on the foothills of the Kaçkar Mountains, stands out as one of the places that host many tourists with its green nature and endemic flora and fauna.

Rafting is another hidden gem. Tourists have the opportunity to go rafting in the cool waters of Fırtına Creek in the Ardesen district.