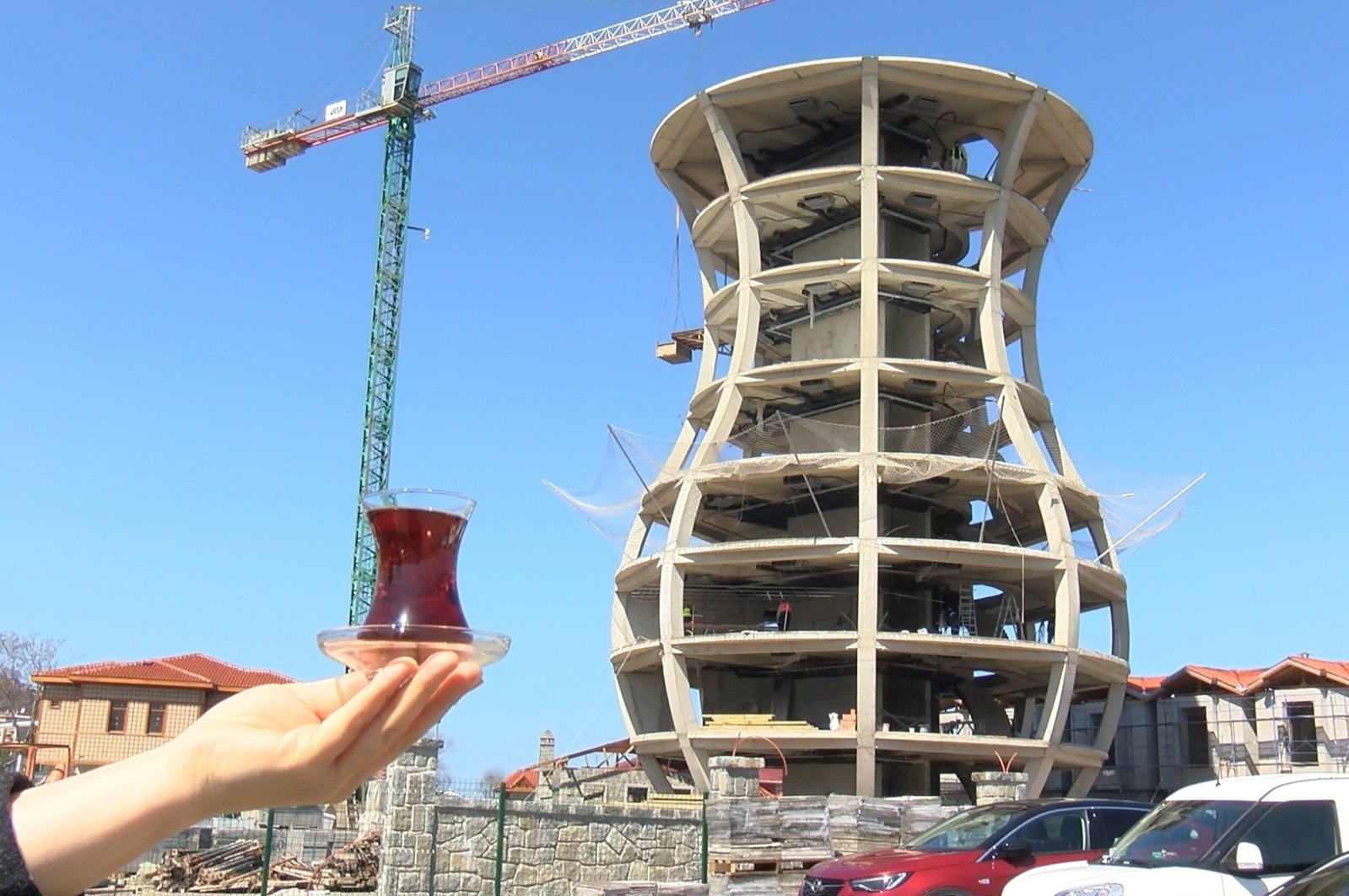 A seven-floor building under construction in Rize, the Black Sea province known as the country’s tea hub, is seeking inclusion in the Guinness World Records, as the tallest building in the shape of a tea glass.

Tea is Turkey’s national drink and is usually served in an hourglass-shaped glass. Along with high domestic consumption, it is also widely exported to other countries. Rize prides itself as a top tea producer and the province’s Commerce Exchange decided to immortalize this association with the drink with a monument. The 30-meter-high building is actually a “monument” but will include shops that sell goods authentic to Rize on each floor. The construction is expected to be completed in August.

In an area of 9,500 square meters, a marketplace inside the building will house a tea museum, teahouses, stalls offering a cloth peculiar to Rize as well as copperware samples and local cuisine.

The building will also host a cinema where documentaries on tea production will be screened and a viewing terrace. The place already attracts visitors who seek selfies in front of the building.

Mehmet Erdoğan, head of Rize Commerce Exchange, told Demirören News Agency (DHA) on Wednesday that it would be “the largest tea glass” in the world. He said their primary purpose was to boost tourism to Rize, which is already a tourism hub with its highlands. “We plan to have everything associated with Rize together in one place, from feretiko (Rize fabric) to hawks (a bird kept as a pet in some households in the province),” he said. “All types of tea produced in Rize will be on sale and we will have six teahouses, each serving different types peculiar to several regions (of the province),” he said.