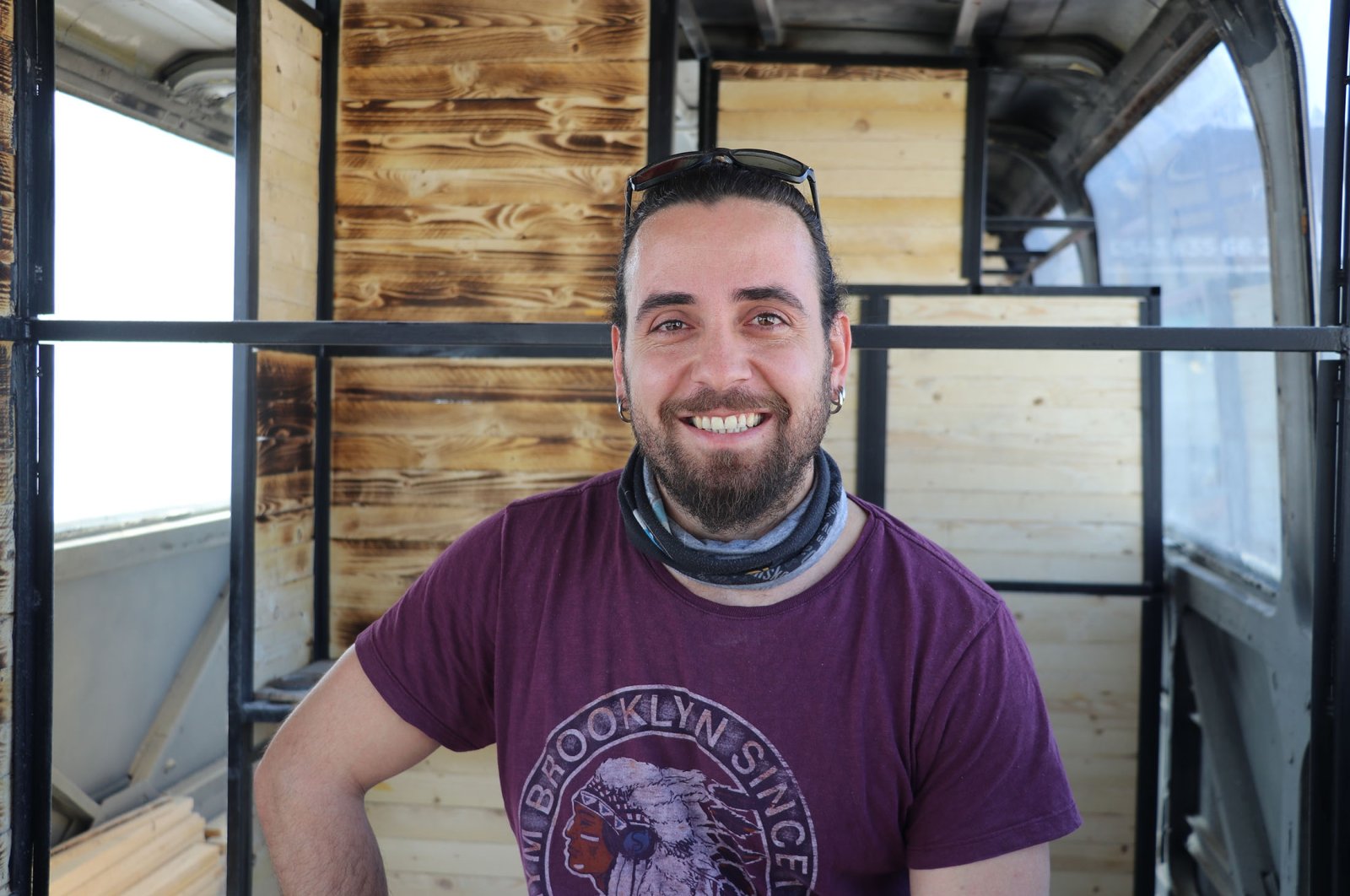 A paraglider, a motorcycle and the cotton-like white thermal pools of Pamukkale make for one big daredevil stunt.

Taking off with a motorcycle he tied to his parachute, Kaval landed in the Kocacukur region of Denizli in southwestern Turkey.

He modified his motorbike by adding a propeller to the back of it which enabled it to travel both on land and in the air. With the modification, he transferred the power from the motorbike to the propeller, providing thrust that extended the flight time.

"My family told me to do my job, which is to cook, but flying was something else entirely for me," he said. Kaval added that he had always been enthusiastic about trying interesting things such as flying while playing backgammon and okey, a tile-based game, on the parachute, watching television on a sofa while paragliding and even in bed soaring in the sky.

With these interesting flights, he aims to contribute to the promotion of tourism centers in Turkey, and with his latest stunt in particular, Pamukkale.

"I feel free and peaceful in the air, like a bird. But at first, my family was very angry," he said. But after seeing his determination and successful flights, he managed to gain their support.