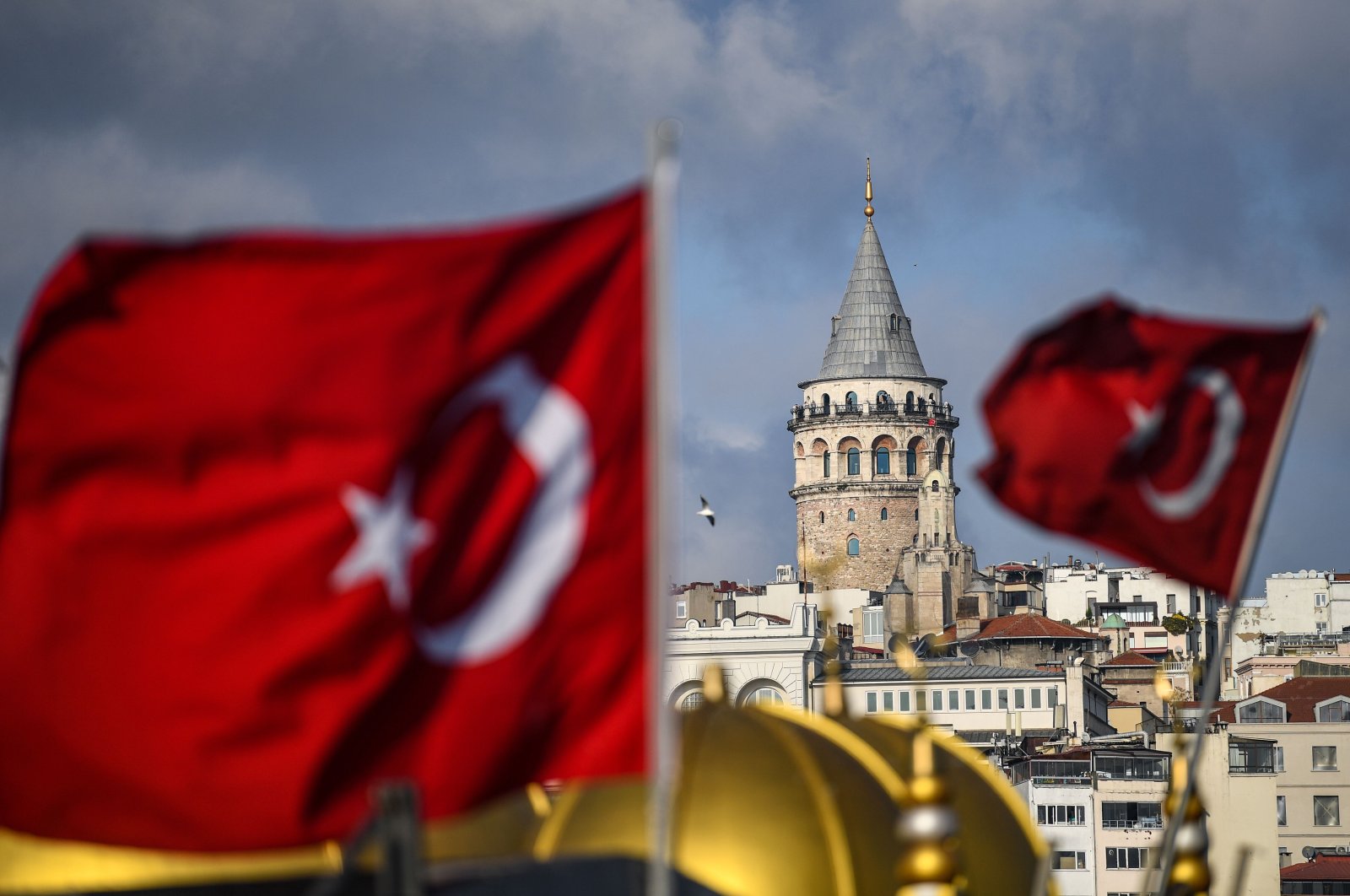 The Galata Tower seen behind Turkish national flags during a curfew against the spread of the coronavirus, Istanbul, Turkey, Dec. 6, 2020. (AFP Photo)
by Ihsan Aktaş Jan 23, 2021 12:05 am
RECOMMENDED

With 25 years of active experience, Istanbul-based research company Genar is one of Turkey's leading research institutions. Coming from the organizational structure of a well-established political tradition, Genar has gained notoriety especially in the fields of political sociology and organizational psychology and hierarchy.

Relying on its expertise in the sociopolitical research fields, it has initiated a scholarly debate about the future of the ruling Justice and Development Party (AK Party) by posing two fundamental questions:

In this column, as the president of Genar, I would like to concentrate on the first question by presenting new ideas and approaches that we have recently developed.

Genar's first point of departure is President Recep Tayyip Erdoğan’s rising status in the international arena. In the sessions of the United Nations General Assembly (UNGA) and during meetings with European Union political leaders, Erdoğan has voiced challenging criticisms against the world order and defended the rights of oppressed nations.

Even though the peoples of oppressed countries feel excited about Erdoğan’s challenge against international oppression, the AK Party has neither formed a global manifesto according to Erdoğan’s political discourses nor announced a national manifesto that would reflect international support for Erdoğan domestically.

When World War I ended, Western colonialist countries occupied almost all lands in the Middle East and North Africa (MENA). While Turkey immediately created an independent republic, the wars for independence in other MENA countries lasted almost 70 years.

Unfortunately, even after gaining their sovereignty, most MENA nations have remained dependent on the neocolonial world order.

Having been a NATO member during the Cold War, Turkey’s foreign policy set off on a quest to adapt to the dynamics of the post-Cold War period.

Former President Turgut Özal imposed free-market strategies on Turkey’s economy, and the county's political system was gradually cleansed from its military and bureaucratic tutelage. In this period of rapid transformation, Turkey’s halting democracy began to embrace the historical and religious legacy of the Turkish nation.

In the second decade of the AK Party’s political power, regional and international challenges forced Turkey to enter into a paradigmatic shift in terms of foreign policy, economy and security.

This new Turkey emerged as a regional power at it adopted a multidimensional and multilateral foreign policy by prioritizing its national interests.

Turkey’s status has rapidly grown in the international arena. That was achieved thanks to:

Turkey has already become a key international player in the MENA and Caucasus regions.

The country's national politics have been locked in fruitless polemics that are formed by the CHP. By concentrating its energy on these polemics, the AK Party cannot represent Turkey’s regional missions and status at the national level.

As the Turkish people have always been active in influencing the vast geography stretching from the Far East to Eastern Europe, the AK Party should not only pursue its mission of transforming Turkey into a regional power but also represent its international status at the national level.