'Arresting’ the West’s relations with Africa 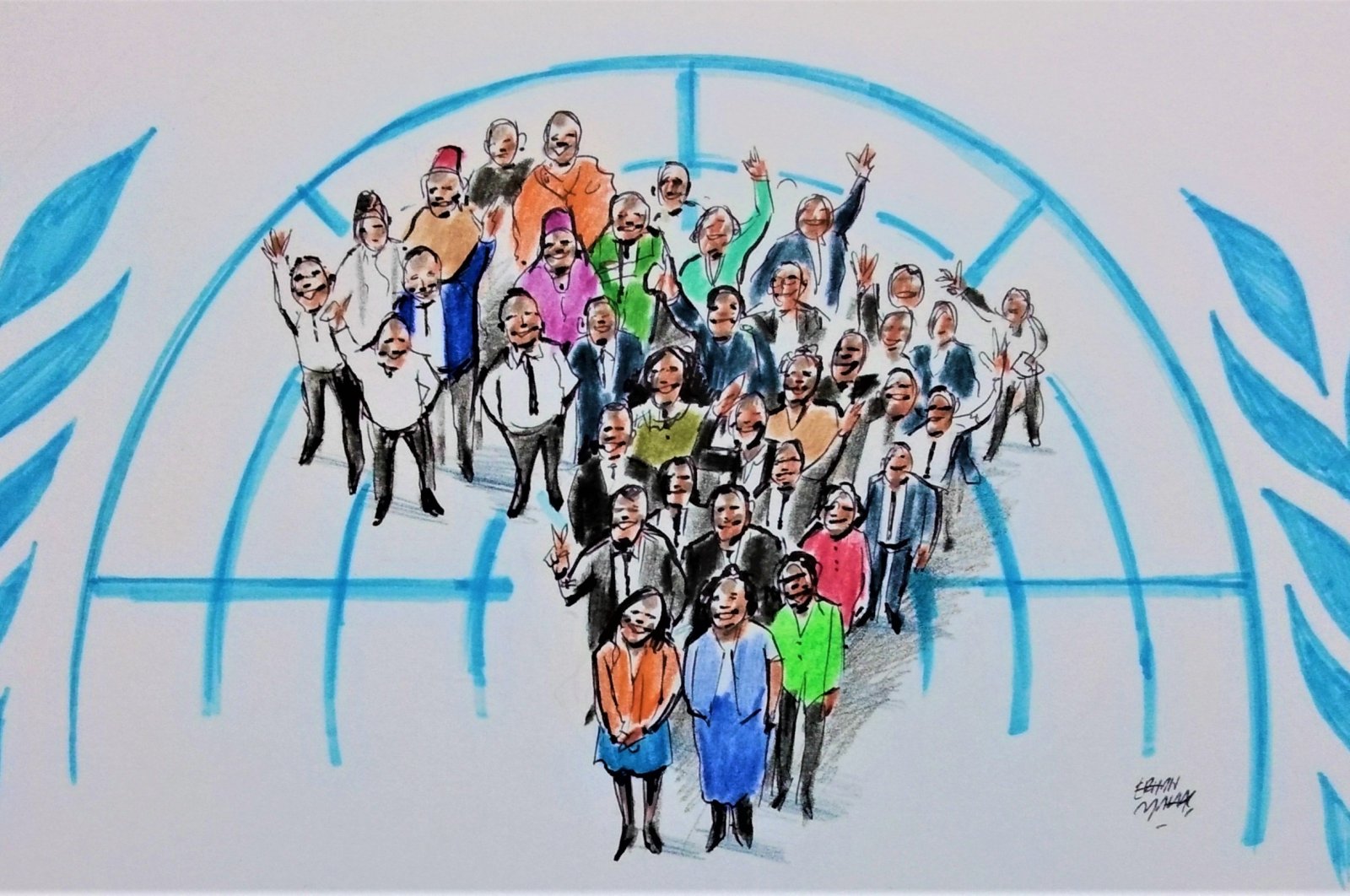 Illustration by Erhan Yalvaç
by Burhanettin Duran Oct 23, 2021 12:05 am
RECOMMENDED

At the end of his tour of Angola, Togo and Nigeria, President Recep Tayyip Erdoğan shared with the press something that his African counterparts had said about his 46 visits to the continent: “At this point, your arrival ‘arrests’ the West’s relations with Africa.” That phrase truly encapsulates the impact of the active policy and discourse adopted by Turkey under Erdoğan over the past decade. It recalls the wickedness of the West’s colonial past and reaffirms that those countries have yet to part ways with that approach.

Addressing the Angolan parliament, Erdoğan brought that same issue to the world’s attention: “We cannot leave humanity’s fate to the mercy of a handful of countries that won World War II. We must not disregard the calls for change in Africa.”

It is true that Turkey’s presence in Africa is undergoing a process of multidimensional expansion. In April 2021, the country opened its 43rd embassy on that continent in Togo. However, I do not intend to pile on the numbers. The point is that Turkey adheres to an ambitious vision for Africa, which promotes fresh cooperation in the areas of diplomacy, trade, investment, energy, culture, assistance, defense and counterterrorism. That vision has nothing to do with the strategy of influence and conquest of countries like France, which, unsettled by the Turkish presence, attempt to discredit Ankara. Indeed, French President Emmanuel Macron’s desperate attempt to project his own country’s past colonialism on Turkey is doomed to failure. After all, “there is no stain of imperialism or colonialism in Turkey’s history.”

A new kind of relationship

Ankara promotes, through its actions in Africa, a new kind of relationship: “Sincerity, fraternity, solidarity, winning together and companionship.” In this sense, one could easily argue that Turkey’s policy toward Africa represents the most significant implementation of Erdoğan’s notion that “a fairer world is possible.” For Turkey does not just highlight how the global system subjected Africa to discrimination in the past, it also shows the kind of leadership necessary to promote the continent’s welfare, which is rooted in Turkey’s faith in the future rise of Africa.

Indeed, this approach challenges the very nature of the problematic economic relations that China, too, formed with African nations. It contributes to the diversification of Africa’s partners. Turkey’s approach, however, is not limited to gaining access to new markets. It also embodies the country’s response to the fresh uncertainty that plagues the world, as part of its quest to assume a global leadership role.

The call for humanity

I interviewed Erdoğan for the monthly magazine Kriter, where he made a crucial point: “The West’s centuries-old hegemony is finished. A new international system is emerging.” Stressing that “humanity is rapidly being dragged into a huge chaos,” Erdoğan calls for an overhaul of the United Nations system and urges everyone to build fairer relationships.

From that perspective, Erdoğan does not just “arrest” the West. He also makes concrete proposals for building a new order. As such, Erdoğan’s vision does not chase some utopia. It is completely practical. Here’s an example: The final communique of the four-nation summit in Togo, which Liberia and Burkina Faso attended as well, represents a concrete outcome of that quest. The four leaders committed to fighting all forms of terrorism without distinguishing between terrorist entities like Daesh, the Gülenist Terror Group (FETÖ), al-Qaida and Boko Haram. For the first time, they included the call for “a fairer world” in an international document.