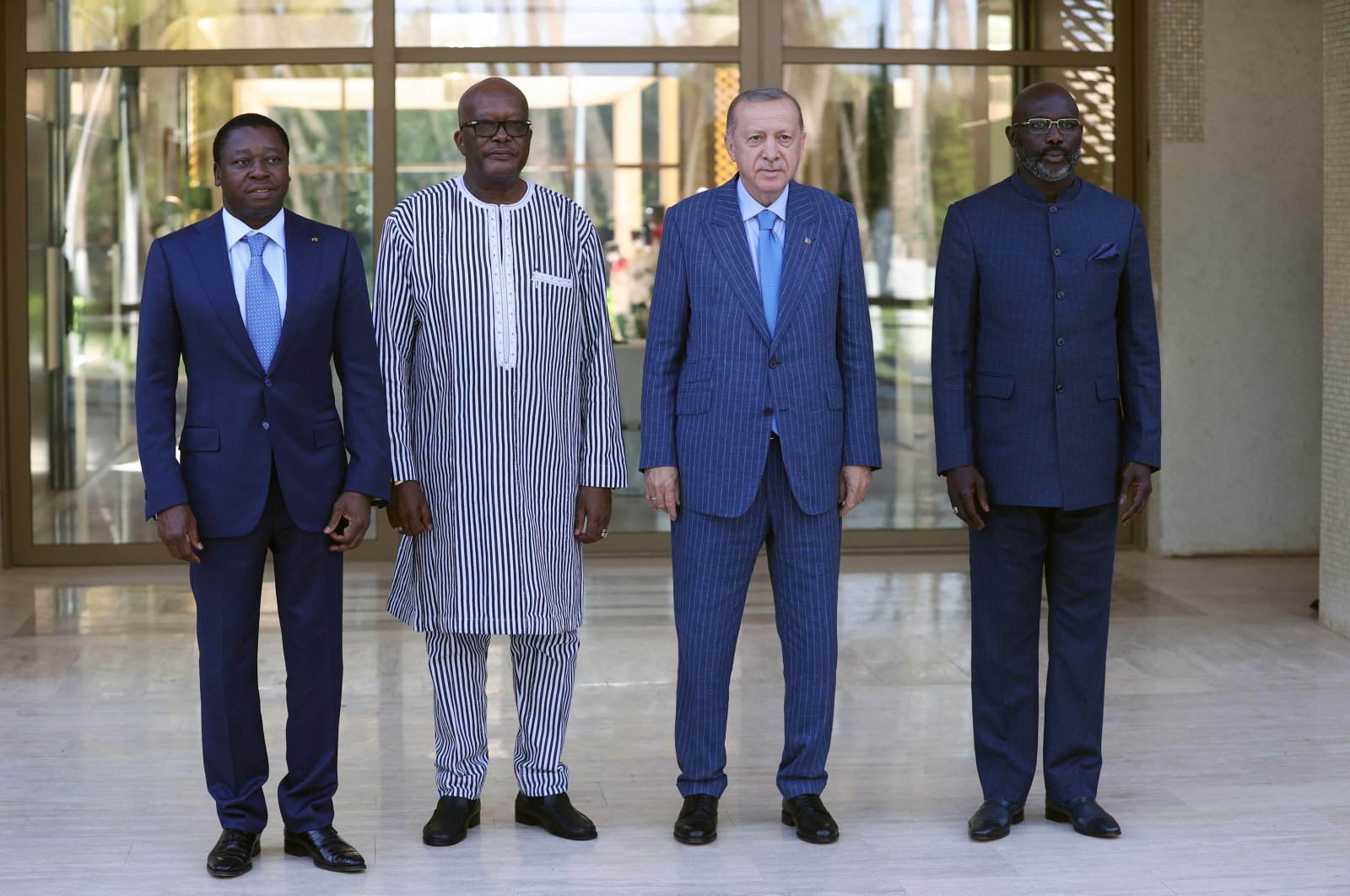 Erdoğan was in Togo on the second stop of his three-nation four-day diplomatic trip to Africa. He already visited Angola and will later travel to Nigeria.

Togo President Faure Gnassingbe hosted the working dinner with Erdoğan, Weah and Burkina Faso President Christian Kabore at the Presidential Palace. The meeting was closed to the press.

Erdoğan, who played semiprofessional football in his youth, perhaps had a chat about the sport with Weah, who has had a remarkable career in Europe.

Weah, who became Liberia's president in 2018, remains the only African player to win the Ballon d'Or, an annual award presented to the best football player in the world. The Liberian is known for his spells at French sides Monaco and Paris Saint-Germain as well as Italian powerhouse Milan.

Erdoğan’s Africa tour is seen as part of Turkey's policy to contribute to the economic and social development of the continent by encouraging peace and stability. The tour also serves as an opportunity to develop bilateral relations based on equal partnership and mutual benefit.