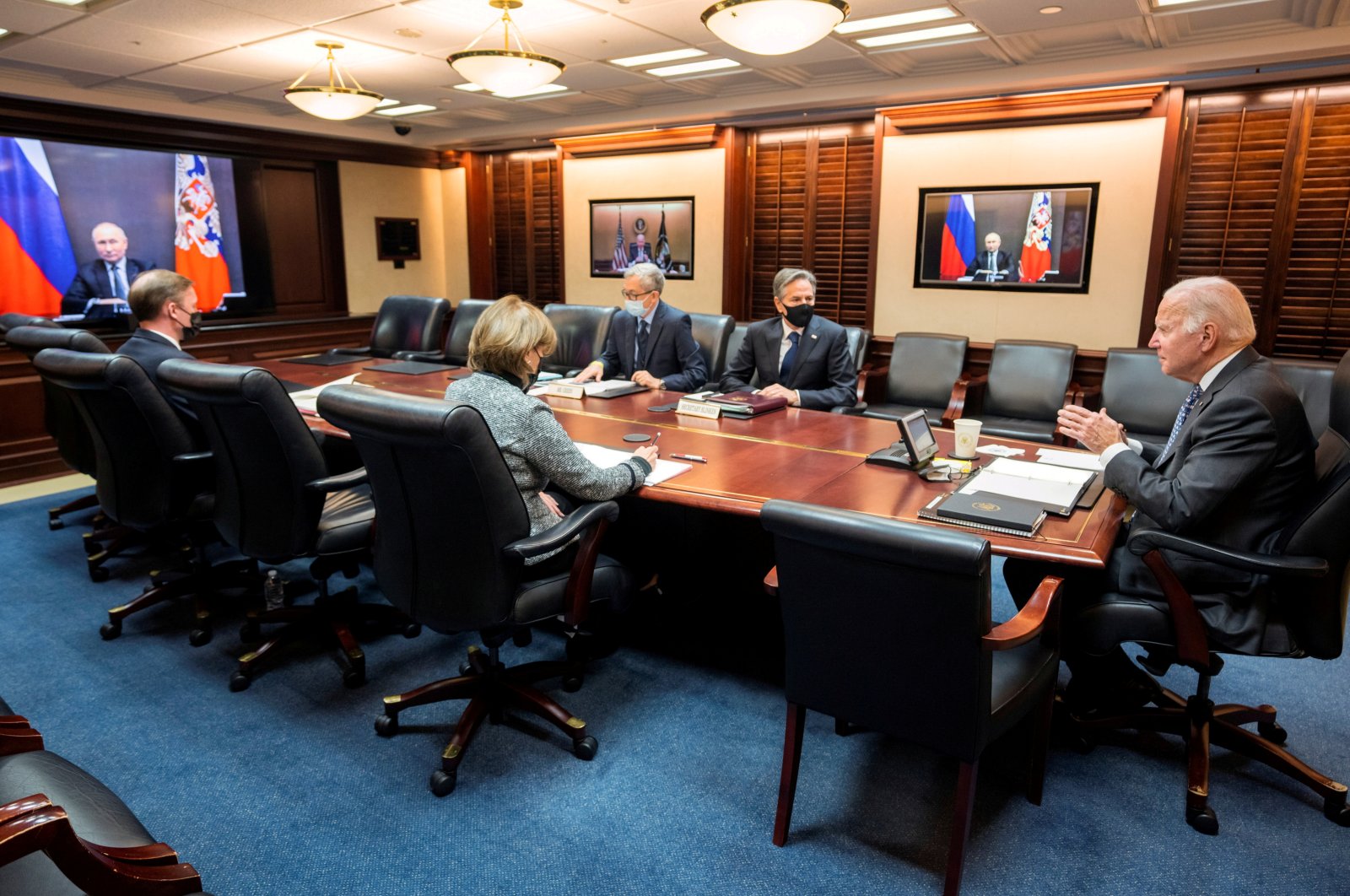 Yes, it's the 21st century and we're still talking about how the invasion issue shapes U.S.-Russia relations

Like the talking heads of a TV program lining up as small squares on the screen, all liberals, not-so-liberals, conservatives and not-so-conservatives rushed to their writing pads after the online conference between United States President Joe Biden and his Russian counterpart, President Vladimir Putin. The bubbly cheerleaders on the left, with their glittering pompoms, heap accolades on Biden and U.S. Secretary of State Anthony Blinken for how they handled the risk of a probable Russian invasion of Ukraine; in the other – and very deserted – corner, the usual gloom-mongers spread their pessimistic predictions.

Matthew Rojansky, director of the Wilson Center’s Kennan Institute and a veteran of U.S.-Russian conflict resolution initiative in 1960s, and James Jeffrey, who according to the byline given by his magazine had “a 45-year career as an infantry officer and foreign service officer,” penned an article for Politico magazine.

In the article, they support the idea that Biden is handling Putin the right way. The two former ambassadors and envoys purport that there is a “crisis management playbook” at the White House that shows the way to all presidents when they are dealing with international problems, especially with Putin. All the previous presidents who managed the crises in Georgia (2008), Ukraine (2014 onward) and Syria (2015 onward), implemented the rules mentioned in that book and “successfully balanced firm resolve with limited compromise, with a clear eye toward de-escalating the immediate crisis.”

According to that book, engagements with the Russians do not reward bad behavior. They say the evidence especially favored this one from the playbook:

“Ambiguity to the outside world, combined with clarity to Putin about America’s intentions and coordination with allies, has repeatedly been the most effective way to deter Russian escalation.”

This is why the U.S. national security adviser Jake Sullivan declined to share details about what specific sanctions the two leaders discussed. All in all, Messrs. Rojansky and Jeffrey conclude that “Biden is doing all of the right things, thus far.”

It may not be everybody’s cup of tea to appear as a “centrist” when you were previously the Middle East envoy for former U.S. President Donald Trump, but Mr. Jeffrey must have learned about the intricacies of belly dancing throughout his long tenure in these lands. In the right corner, far from being ashamed of his place there and his opinion, Jim Geraghty of the National Review Online thinks that Biden cannot and does not “stand up to Putin.”

Mr. Geraghty writes that Biden asked Ukrainians to “cede a measure of autonomy” within the Donbass region, where ethnic Russians proclaimed administrative autonomy. Mr. Geraghty continues, “Biden is willing to reward Putin with Ukrainian territory in order to avoid a conflict,” but stops in the middle of the next paragraph: “Apparently ... nevermind.”

If you are willing to push Ukraine to renounce one quarter of its territory to Russia, then how could you stand up to Putin to defend the territorial integrity of it. After speaking to Putin online, Biden spoke with Ukrainian President Volodymyr Zelenskyy by phone and assured him of “the U.S. support for Ukraine’s sovereignty and territorial integrity.” Indeed, Mr. Geraghty: “... nevermind.”

But I wish you completed your paragraph: If Russia invades Ukraine, the U.S. would increase its military aid to Ukraine; isn’t there a logical fallacy here? What would Ukraine do with additional arms and armors after Russia invades it? Also, the resemblance between “ceding a measure of autonomy” and “being a little pregnant” would be worthy of a National Review Online analysis.

I presume both sides missed the ball here: Biden was talking to Putin with the confidence of knowing that Russia was not invading anybody! Threatening him with “things we did not do in 2014 (when Russia invaded Crimea) we are prepared to do now” must have put a triumphant smirk on Putin’s face. Russians also follow the passage of $768 billion defense policy budget and know the reason for it: the U.S. needs to rebuild its military might that has been in shambles for the last decade.

Not only does the U.S. need to rebuild its military might, but it also needs to rebuild its relations with people in the region. It is time consuming to turn the entire drylands in Greece into U.S. military bases, but that doesn’t mean regional relations cannot be restored around the Black Sea. Georgia, Azerbaijan, Turkey, Bulgaria and other Balkan nations have long been neglected by the U.S. Thank God, the previous president did not insult these countries as he did with Haiti and some African countries; but the impact of his administration has been the same. Biden has already opened bullet holes in his relationship with Turkey when his interventionist comments to the editors of the New York Times surfaced two years ago on Dec. 16, 2019.

Mr. Biden knows it, as well as Mr. Putin, that Russia is not going to invade anybody; but invasion is not the only way to impair a nation. The Black Sea could easily be turned into a Sea of Friendship if only NATO would stop insisting on creating new enemies to carry over the Cold War. But with the U.S. senators speaking of using nuclear weapons against Russia and making the Black Sea a backyard pond for the navies of NATO, that friendship would hardly come to the coastal nations.