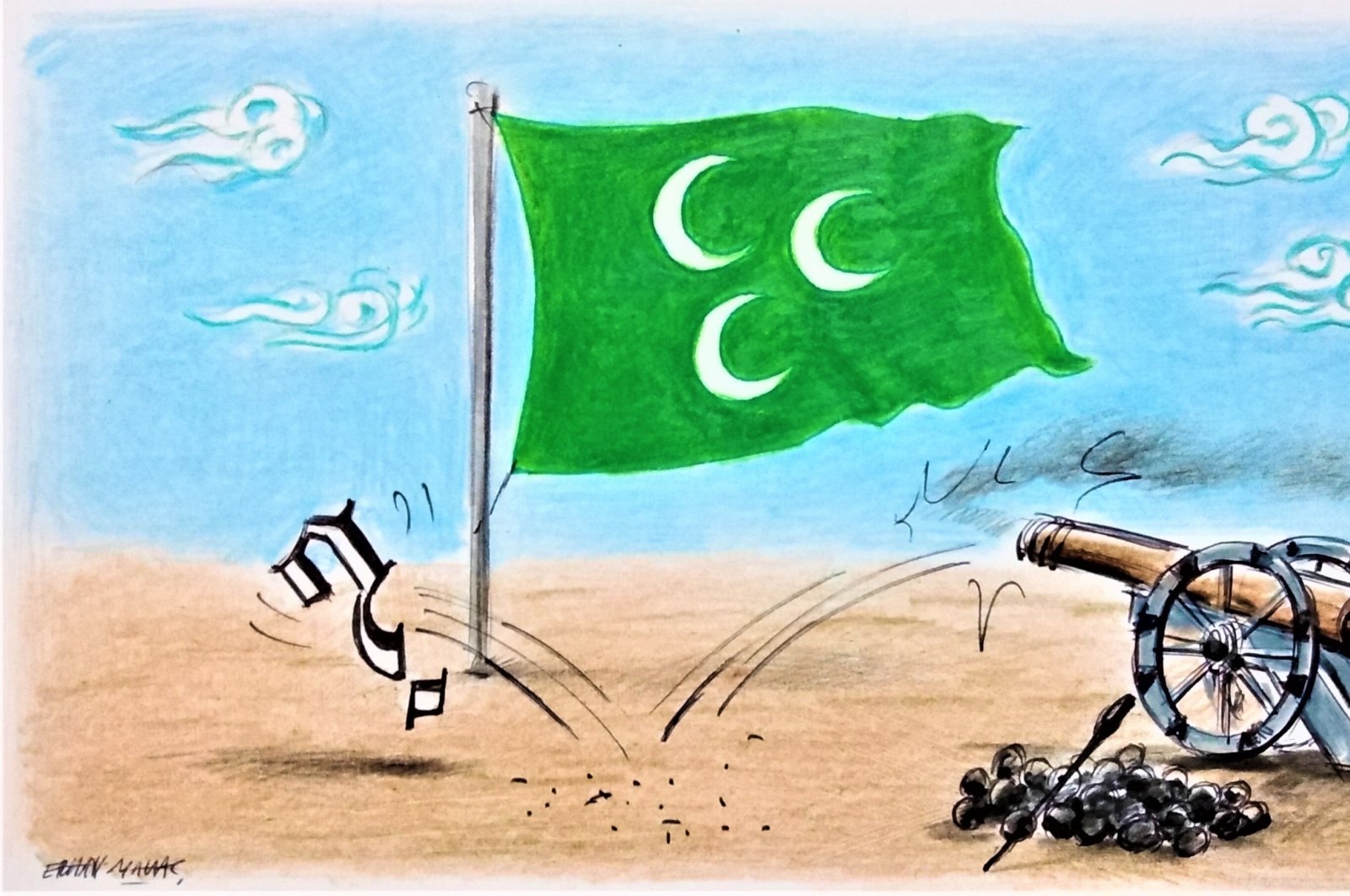 French engineer Francois Baron de Tott once asked Ottoman madrassa professors what the sum of the angles of a triangle amounted to, receiving the answer 'it depends on the triangle' from one. He then clung to this response thinking he had the opportunity to humiliate the Turks

There is no one who is interested in Ottoman history that has not heard of Baron de Tott. Originally a Hungarian nobleman, François Baron de Tott (1775-1793) was an artillery engineer who came from France within the framework of the military reform program during the period of Sultan Mustafa III. He came to Istanbul in 1755 with his brother-in-law, who was the French ambassador in Istanbul at that time.

He stayed in Istanbul for eight years and married the daughter of a Levantine family. During this time Baron de Tott learned a little Turkish and worked as an embassy translator. Then, he returned to his hometown where he served under the Crimean khan in 1767. While he was there, the Ottoman-Russian War broke out. After the burning of the Ottoman navy in Çeşme in 1770, he returned to the Ottoman Empire and worked on the fortification of the Dardanelles.

He taught geometry at the Mühendishane (now Istanbul Technical University), opened by Sultan Mustafa III to provide students with a modern education. With the improvement of Tophane, he helped

with casting light cannons that can be pulled by horses to replace the heavier cannons being used. When the Ottoman troops were defeated by the Russians and the Treaty of Küçük Kaynarca was signed in 1774, Baron de Tott was summoned back to his hometown. He fled to Switzerland after the French Revolution and then settled in his homeland, Hungary, where he passed away.

The book of memories from Turkey and Crimea, in which Baron de Tott described what he saw during this time, is considered a valuable resource for historians. However, some of the expressions used here provided material for some to criticize the classical Ottoman mentality. For example, he says that the printing house established by Ibrahim Müteferrika was despised and closed after a short time.

However, Italian priest Giambattista Toderini (1728-1799), who was in Istanbul between 1781-1786, published a three-volume work called "Letteratura Turchesca" about Ottoman literature in 1787. Here, he devoted a long chapter to Ottoman printing and proved that the baron’s claims were false. The printing house was closed for a while due to war and lack of authority, but it started operating again at the first opportunity.

As sociologist Niyazi Berkes explains in his book "The Development of Secularism," Baron de Tott, whose main job was to collect topographical information that would be needed around the Suez if it were to be occupied by France, did not learn Turkish properly despite living in Istanbul for years. Putting that aside, Baron de Tott could easily claim that the Turks were ignorant, stupid, immoral and deprived of dignity and honor. He was a man who despised the people he lived amongst, exaggerated events, did not hesitate to lie when necessary and made historical mistakes.

'It depends on the triangle'

There is a rumor that, while the Mühendishane was being established, Baron de Tott, who thought that the hendese (geometry) professors of the time would have opposed it, made a secret agreement with the sultan, and put their professors to a test. The rest goes like this: “I asked the engineers the value of the sum of the three angles of a triangle. They ask me to repeat the question. After thinking for a while, the most daring one answered, 'It depends on the triangle.' If I had known he would answer such nonsense, I would never have asked."

Baron de Tott's statements were accepted without question by some groups. Since Euclid, that is, for 14 centuries, even school students know that the sum of the three angles of a triangle is 180 degrees. So, were Ottoman engineers that ignorant?

Throughout history, scholars, especially Abu al-Wafa al-Buzjani and Nasir al-Din al-Tusi, including the Ottomans, have debated whether the fact that the sum of the interior angles of the triangle is 180 degrees is also valid in spherical triangles. As a matter of fact, Gelenbevi Ismail Efendi, who taught at the Mühendishane in the same years, dealt with the subject in detail in his work on triangles. That is, the sum of the angles in a sphere differs depending on whether it is concave or convex.

Was it appropriately asked?

If the narrated dialogue is correct, the thought process of the Ottoman engineers when replying to the arrogant Frenchman would have been: “Would he ask a question as simple as this? The man is probably talking about spherical triangles." Even more strangely, within the framework of spherical geometry, the answer given by the ulama of that time to Baron de Tott was correct. In this new discipline of geometry, the sum of the interior angles of a triangle is not a fixed number, but changes according to the type of triangle.

Should the Ottoman engineer's answer to the question be laughed at? Or rather, the ignorance of Francois Baron de Tott, who, according to Euclidean geometry, was only familiar with planar geometry and unaware of spherical geometry? Or those who centuries later still believe his words and accuse Ottoman intellectuals of not knowing geometry?