Drowning Arab Spring where it was born 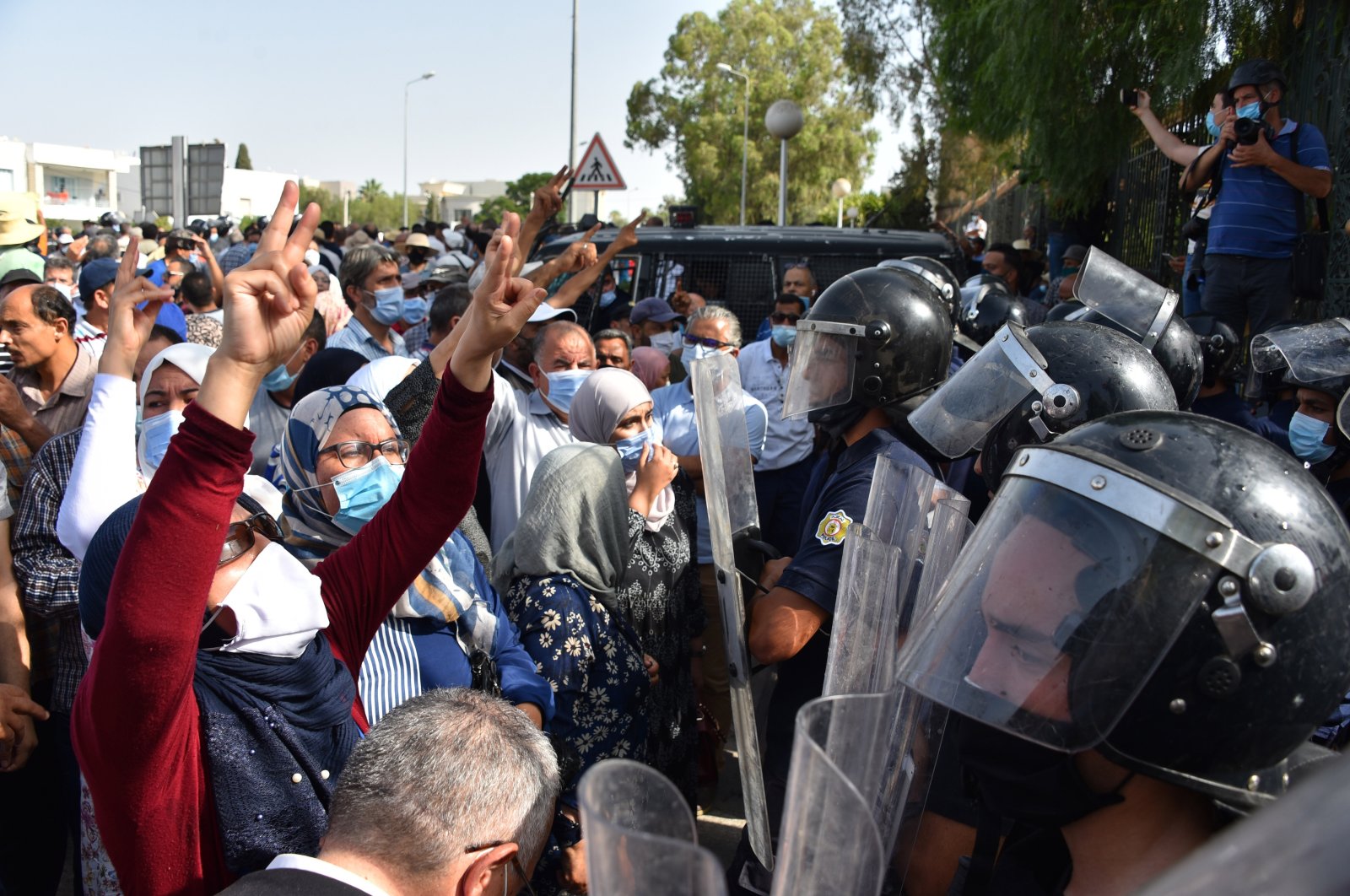 Supporters and opponents of coup chant slogans in front of parliament building during the demonstration, in capital Tunis, Tunisia, on July 26, 2021. (Getty Images Photo)
by Hilal Kaplan
Jul 30, 2021 12:05 am

The people of Tunisia have only two options: Accept the lack of democracy or continue to resist

When the coup took place in Egypt, Western writers rushed to blame Mohammed Morsi, Egypt's first democratically elected president and leader of the Muslim Brotherhood movement. Morsi was uncompromising; the Brotherhood was backward. They had isolated themselves, and the army had no choice but to intervene.

The poor soldiers were forced to heed the call of the Egyptian people. It was even said by U.S. Secretary of State John Kerry that "the military is restoring democracy." In other words, the elected people in Egypt were overthrown at gunpoint, and the U.S. supported this as a move to consolidate democracy.

Well, what will the Western opinion leaders who rushed to accuse the elected officials who defeated the coup in Egypt and Morsi, who was sentenced to death in prison, say about the Tunisian example and Parliament Speaker Rached Ghannouchi?

Or are you planning to pass it off as the "restoration of democracy?" As leaked to the press in May, President Kais Saied planned to take over the government with the support of the military, suspend the parliament and immunity of the deputies, remove the prime minister, appoint a new one, and not let even the speaker of the parliament through the door of the parliament?

As a matter of fact, the president, backed by France, whose influence in the United Arab Emirates (UAE) and the Maghreb decreased, tried to extinguish the Arab peoples' search for freedom after 10 years, which was first sparked in Tunisia. The majority of Tunisian parties, the workers' union, the farmers' union, almost all of the parties in the parliament are against the current coup process. In other words, its subject is too big to be imprisoned in the "conservative vs. secular" dichotomy, as some people look at it with blinders, and it is too complex to be reduced to this simplicity.

The Tunisian people have two options: Either they will consent to their democracy being snatched from their hands in slow motion, and they will witness the dimming of the spark that Tarek el-Tayeb Mohamed Bouazizi lit by setting himself on fire in December 2010. Or they can resist and implement social mobility that will not allow this tyranny to pass through onto streets, media, schools, parliament and wherever they can think of.

Those who say that there is a third option are actually those who are trying to persuade the public to accept the first option. When you unmask them, you will see neo-colonialist France and the UAE dictatorship.