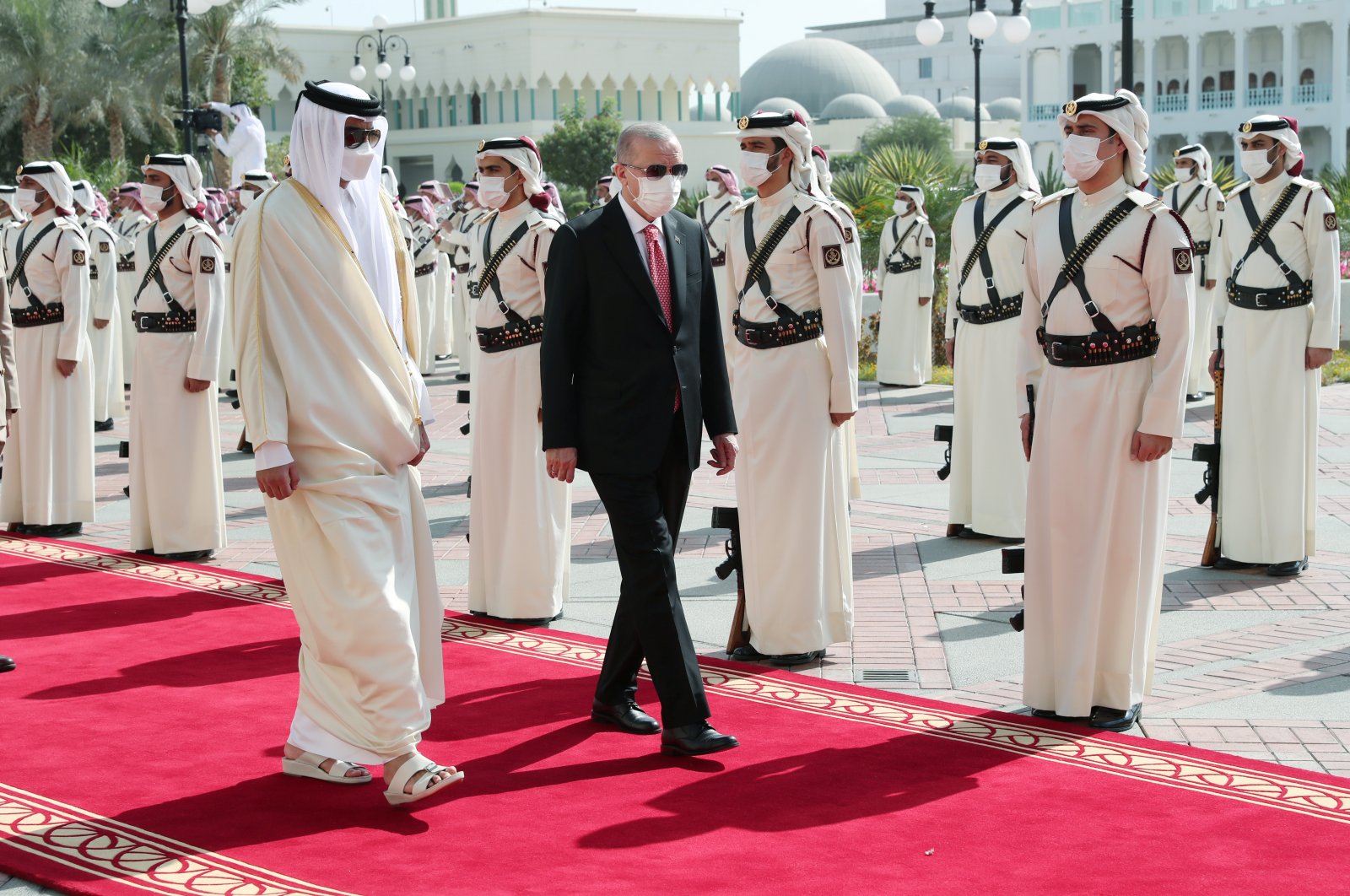 The two countries have become close allies over the last few years. Qatar supported Turkey against the bloody coup attempt in 2016, while the latter supported the former in 2017 when three other Arab states imposed an embargo on Qatar. On July 15, 2016, Qatar was the first Arab country to condemn the bloody coup attempt and, in 2019, the Turkish and Qatari combined joint force command opened. When Saudi Arabia, Egypt and Bahrain severed diplomatic ties with Qatar in 2017 and imposed a land, sea and air blockade, Turkey, for example, sent ships and planes carrying food, water and medicine.

Turkey has a military base in Qatar as well. Turkish troops have been stationed in the country and, in 2019, the new headquarters of the joint forces was established. Erdoğan visited the base during his trip and greeted the Turkish soldiers serving during his stay. “We don’t separate the security and stability of Qatar from our own country,” he said.

The diplomatic relations between Turkey and Qatar were established in 1979 when the two countries reciprocally opened embassies in Ankara and Doha, but it took 30 years for the two countries to strengthen relations. It was in the beginning of 2010 when the contacts sped up. In 2014, Qatar became the first Arab country that visited Erdoğan after he was elected as the new president. In December 2014, the Supreme Strategic Committee was created and so far more than 60 agreements have been signed in light of the committee meetings.

Economic relations, however, were established with even greater speed. The bilateral trade volume has increased consistently, and the investments have also gone up. Besides these cooperation areas, the two countries have also sided together in several regional issues like Afghanistan and Libya. Erdoğan’s Qatar visit together with the recent visit of the UAE’s crown prince to Turkey marks also a new era pointing to better relations between Turkey and the Gulf states. Erdoğan’s messages underline the partnership of the two countries and the regional alignments of the Arab countries and Turkey against other challenges.