Erdoğan's US and Russia messages after UN visit 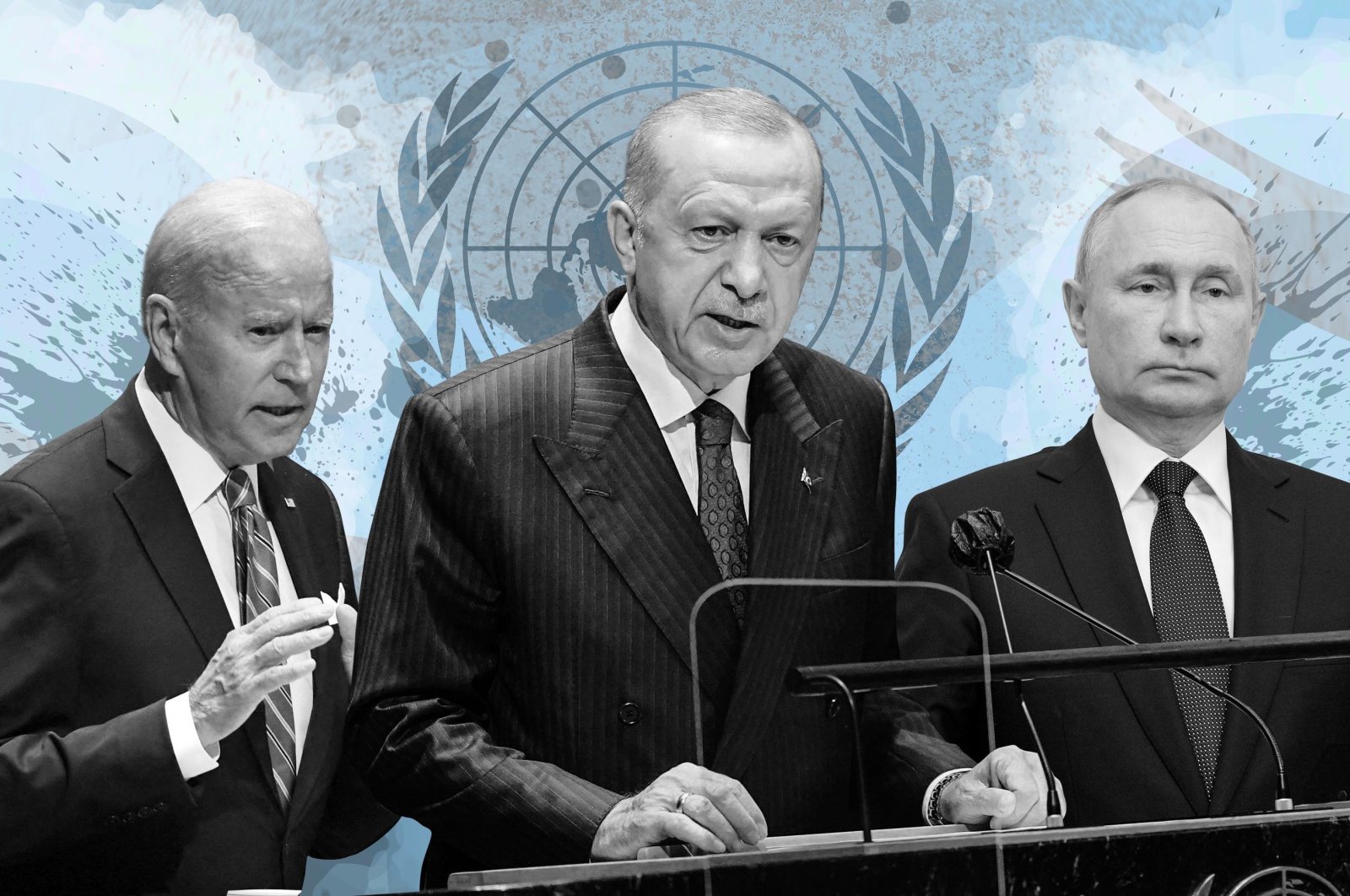 President Recep Tayyip Erdoğan is known for his powerful speeches at the United Nations General Assembly (UNGA). His address to the assembly’s 76th session was no different. Stressing that the world was on a dangerous path, in terms of climate change and pandemic management, Erdoğan took his critique of the U.N. system from his new book, "A Fairer World is Possible," to the next level.

Speaking in New York, he not only pledged to ratify the Paris agreement and to take steps to comply with the European Green Deal but showed that his motto "the world is bigger than five" applied to injustices regarding the consumption of global resources. My assessment is that Erdoğan will talk about climate change and the environment much more at international summits and on the domestic front.

Judging by Erdoğan’s statements at other events that he attended during his trip to New York, it is safe to say that he skillfully analyzes great power competition in today’s multipolar world. He wants Turkey to play an active role in this new era and to be in the top tier of nations. At the UNGA and in his meetings with the press, Erdoğan emerged as a prominent statesperson in this multipolar world, building a new discourse and making concrete proposals.

The signing of AUKUS, a trilateral security pact between Australia, the United Kingdom and the United States, demonstrated the conflicts of interest and crisis of values/partnership within the Western alliance. It has already become clear that the trans-Atlantic alliance won’t form a united front against China, as U.S. President Joe Biden desired. Indeed, Biden’s address to the UNGA, where he said that “we are not seeking a new Cold War or a world divided into rigid blocs” with regard to China, was also an admission of the fact that that goal was impossible to attain. In other words, the Biden administration’s ambitious plan to convene the “Summit for Democracy” may amount to little more than fragmented alliances and rhetoric.

The Turkish president, too, answered questions about China and Russia with those facts in mind. He signaled that Turkey was committed to its balanced approach to relations with the U.S. and Russia. Erdoğan also noted that his perspective of the rise of China differed from the views of American politicians. Indeed, his remarks on Turkey-U.S. and Turkey-Russia relations in a roundtable meeting with reporters at the Turkish House (Türkevi) in New York were quite striking.

Noting that he was unhappy about Washington’s refusal to sell Patriot missiles to Turkey, the failed delivery of F-35 fighter jets, and U.S. impositions regarding the S-400 air defense system, Erdoğan added that “the old Turkey is not around anymore. This is a different country now. We are making progress, and we will keep making progress, in the defense industry. In the future, they won’t be able to ask why we won’t buy the F-35. We won’t be interested even if they were to offer it. When that time comes, we will look into other options.”

What about Sochi meeting?

In response to a question about escalating tensions in Idlib and his upcoming meeting with Russian President Vladimir Putin in Sochi, the Turkish leader stressed that Turkey had great relations with Russia (and its president) – as if to emphasize the contrast with Washington: “To date, we have not witnessed anything wrong in our relations with Russia. In terms of the trade volume, we are in a good position and the trade volume keeps growing. It is not a secret that we experience some problems when it comes to improving the situation in Syria. Yet we are able to make up for them by taking certain steps immediately.” Erdoğan also talked about the importance of leader-to-leader diplomacy regarding the situation in Nagorno-Karabakh and the proposed six-nation platform in the Caucasus.

The Biden administration seems to play for time in its dealings with Turkey, convinced that no progress can be made regarding the S-400 air defense system or the PKK terrorist organization's YPG and the Gülenist Terror Group (FETÖ). Yet, Washington’s perspective on Ankara is no longer plagued by excessive tensions either. It would seem that the Afghanistan talks and Turkey’s efforts to normalize ties with Egypt and the United Arab Emirates (UAE) made a positive impact on the atmosphere. Yet the state of idleness and deadlock, which Erdoğan mentioned, won’t change in the absence of fresh attempts to foster bilateral cooperation.

In contrast, the Turkish and Russian presidents will hold an important meeting, which could take their bilateral relations to the next level, next week.