Greek maritime aggressiveness serves no one 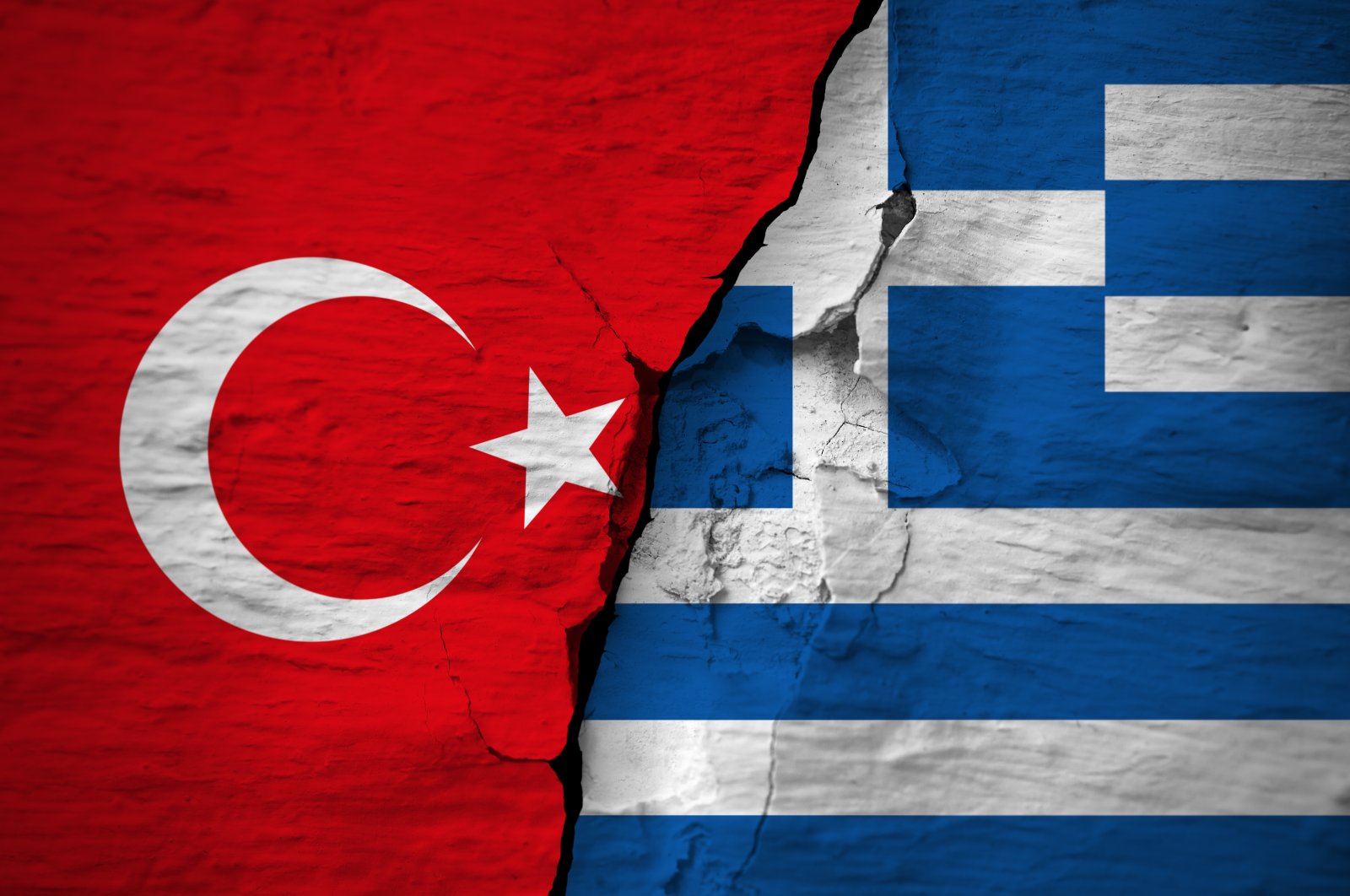 In this illustration, the flags of Turkey and Greece are seen on a cracked concrete wall. (Photo by Shutterstock)
by Nagehan Alçı
Feb 27, 2021 12:05 am

Turkey and Greece will be neighbors forever, and Athens should understand that its continued harassment harms everyone in the region

With the start of the diplomatic talks, hope for the end of the Eastern Mediterranean conflict has emerged; however, unfortunately, Greece seems insistent on maintaining its hostile position. Last week, Greece fired on a Turkish research vessel and furthered tensions once more.

The dispute between the two countries stems from three major points.

The first, obviously, is the unequal and unjust distribution of territorial waters. Greece claims huge territories are its own – an assertion that Turkey rejects.

There is also a dispute over certain islands in the Aegean. In addition, there are problems regarding the two countries’ exclusive economic zones (EEZs) in the Eastern Mediterranean, while the Cyprus issue has remained unresolved for years.

The recent remilitarization of certain previously demilitarized islands by the Greek side also represents the thawing of ties.

In summary, in terms of their own national sovereignty, both sides have many different claims.

A quick look at the map of territorial waters can help reveal the blatantly unjust picture.

Turkey's territory includes kilometers of shoreline on the Aegean; however, the territorial waters claimed by Greece are much greater than those affiliated with Turkey.

In order to express itself, Turkey introduced the concept of "Blue Homeland," in which it defends its rights regarding territorial waters according to the size of its territory.

However, Greece has continued with its unjust and aggressive claims.

Indeed, I should note that Greece and Turkey are very close neighbors, and there are no problems between the people of the two countries. The two nations are very similar in culture and share a common history and geography.

Therefore, all the current problems are between the states and politicians. Here, it is worth reiterating that President Recep Tayyip Erdoğan and former Greek Prime Minister George Papandreou are close friends, and overall relations have been good between the two countries during the ruling Justice and Development Party (AK Party) administration.

The good relations reinforce the fact that Erdoğan's recent reactions to Athens' aggressive policy do not mean that he has adopted a stance against Greece.

Contrarily, Erdoğan is known for his agenda to revive dialogue between the two neighbors.

The Greek harassment of the Turkish research ship has overshadowed the renewed talks for the two countries amid the ongoing maritime dispute.

Defense Minister Hulusi Akar said that Turkey responded "within the rules" to the provocation.

The Greek harassment was a big blow to the talks planned in early March ahead of the European Union summit.

Let me remind you that the Turkish vessel’s activities do not include ocean floor research, which is consistent with the 1976 Bern Agreement. Athens recently carried out similar activities as well.

Disputes in the region benefit neither Greece nor Turkey. The external powers might benefit from it; however, at the end of the day, it is Turkey and Greece, the two old neighbors, who have to live together.

I invite the Greek side to appreciate the value of good dialogue and to drop its hostile attitude toward Ankara.