How Turkey captured a senior PKK commander in Syria 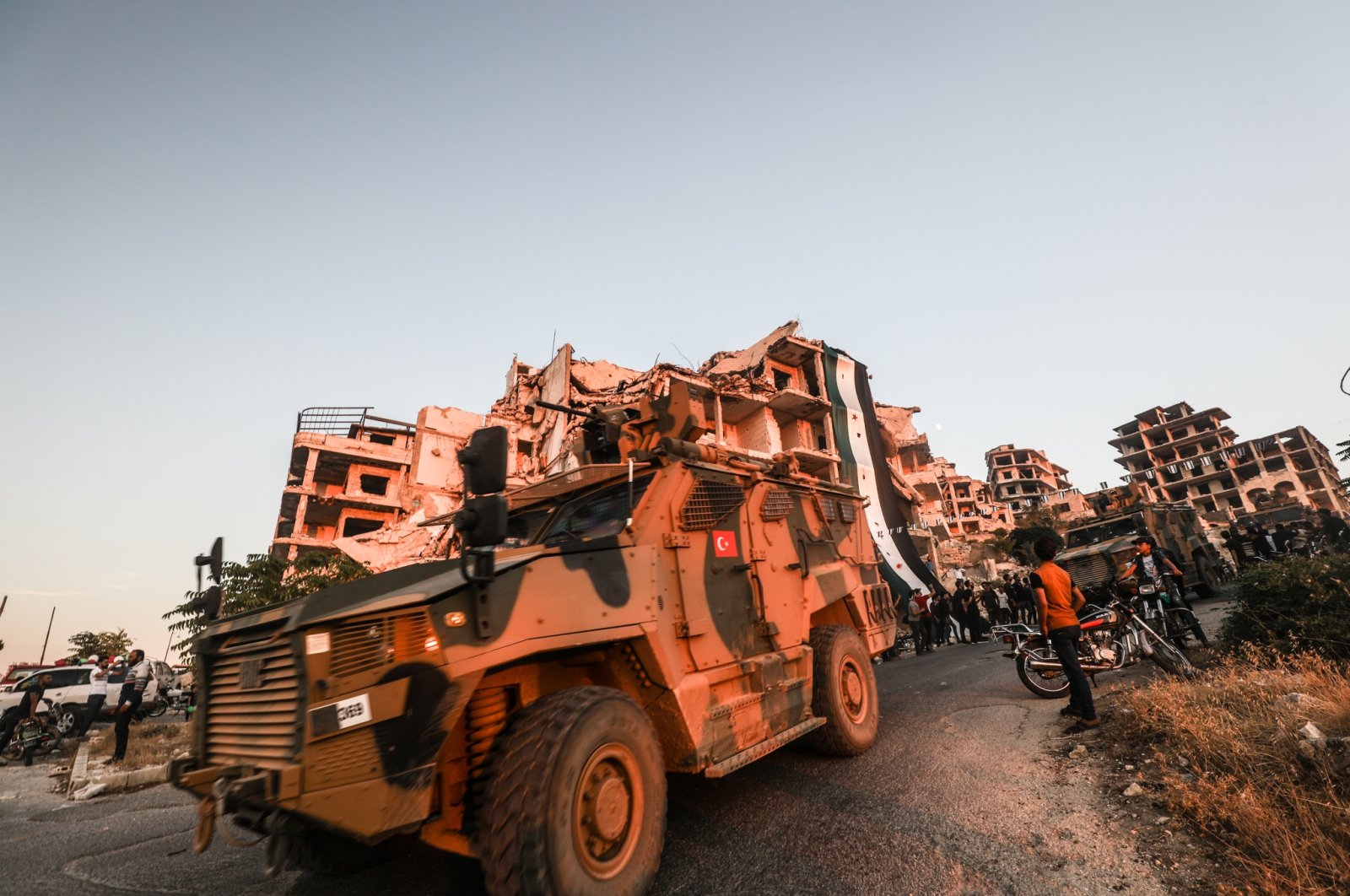 On March 14, the National Intelligence Organization (MIT) learned that a senior member of the PKK terrorist group was going to cross through an area located west of Raqqa, which is under the terrorist group’s control.

The PKK and its Syrian branch, the YPG, had ramped up attacks against Turkish-controlled parts of northern Syria. If captured alive, the wanted man would reveal sensitive information about future terrorist attacks at the border and against Turkish elements in Syria – a major blow to the YPG/PKK. Once the tip was confirmed by live surveillance footage from the area, a group of elite MIT operatives crossed into Syria and headed to Raqqa.

Ibrahim Babat and his personal bodyguard were in an SUV driving across the YPG/PKK-controlled area toward the west side of the city. The terrorist, who commanded the YPG’s so-called Şehit Cemşit Brigade, had acquired the vehicle by using a fake name. Known as Şeh Guyi, Babat joined the PKK a decade ago in southeastern Turkey's Cizre. He was assigned to Haftanin in Iraq, where he joined the group’s countryside elements. Babat spent some time in Zap before relocating to northern Syria in 2017 under orders from the PKK’s leadership on Mount Qandil. There, he was tasked with commanding a so-called brigade.

On that night, Turkish intelligence operatives stopped Babat’s car some 50 kilometers (31 miles) from the border. As planned, the wanted terrorist was captured alive. Sources say his bodyguard either fled or was injured during the incident. Following Babat’s capture, an MIT operative drove the SUV toward Turkey. The rest of the trip was quite risky since the entire area was under terrorist control. There were known YPG/PKK checkpoints along the road. The Turkish intelligence nonetheless delivered the senior PKK member to Turkey. He was taken to an undisclosed location for questioning. His vehicle was blown up inside Syria.

Babat’s capture was a significant accomplishment as he volunteered information about the PKK’s future attacks. The Turkish forces seized a large number of improvised explosive devices (IEDs), landmines and detonators, which may have been used to attack Tel Abyad and Ras al-Ain. The captured terrorist also confessed to the organization’s plans to target military outposts and bases along the Turkish-Syrian border.

There are three takeaways from Turkey’s latest operation. Firstly, the United States may attempt to make a distinction between the PKK and the YPG on paper, but the situation on the ground tells a different story. The terrorists on Mount Qandil run the PKK as well as the YPG. They handpick the YPG’s senior leadership and so-called commanders. The case of Babat, a PKK member who was dispatched to northern Syria by the PKK leadership, supports that view.

Secondly, the U.S. seeks to legitimize the YPG, but the terrorist entity ultimately aims to target Turkey and plots attacks against Turkish citizens. Babat’s statement is full of details about future acts of terrorism. Some of those foiled attacks would have deliberately targeted the civilian population.

Last but not least, Babat’s capture speaks to the Turkish intelligence agency’s tightening control over northern Syria – a serious problem for the terrorists. That Turkey could arrest a senior PKK member so easily demonstrates that the group cannot protect high-profile individuals in areas under their control anymore.

There is one more point to underline before wrapping up. The YPG isn’t the only terrorist organization that threatens the Turkish forces in northern Syria. Daesh just released a propaganda video, after a long hiatus, purporting to show an attack against Turkey’s military vehicles.

In recent months, the Turkish authorities took their crackdown of Daesh networks to the next level. It seems that the organization, regrouping in the region, has identified Turkey as a top target.

The Syrian regime, too, carries out attacks against Turkey’s safe zones, former Daesh and PKK strongholds where Syrians can lead a relatively normal life instead of seeking refuge in neighboring countries. Regime forces have used ballistic missiles to target those areas over the past week and claimed many civilian lives.

Attacks by the YPG, Daesh and the regime threaten Turkey’s safe zones. It remains to be seen where the EU and the U.S., who will be directly and negatively affected by the potential destruction of those areas, really stand.