Is Ankara sincere in its renewed EU interest? 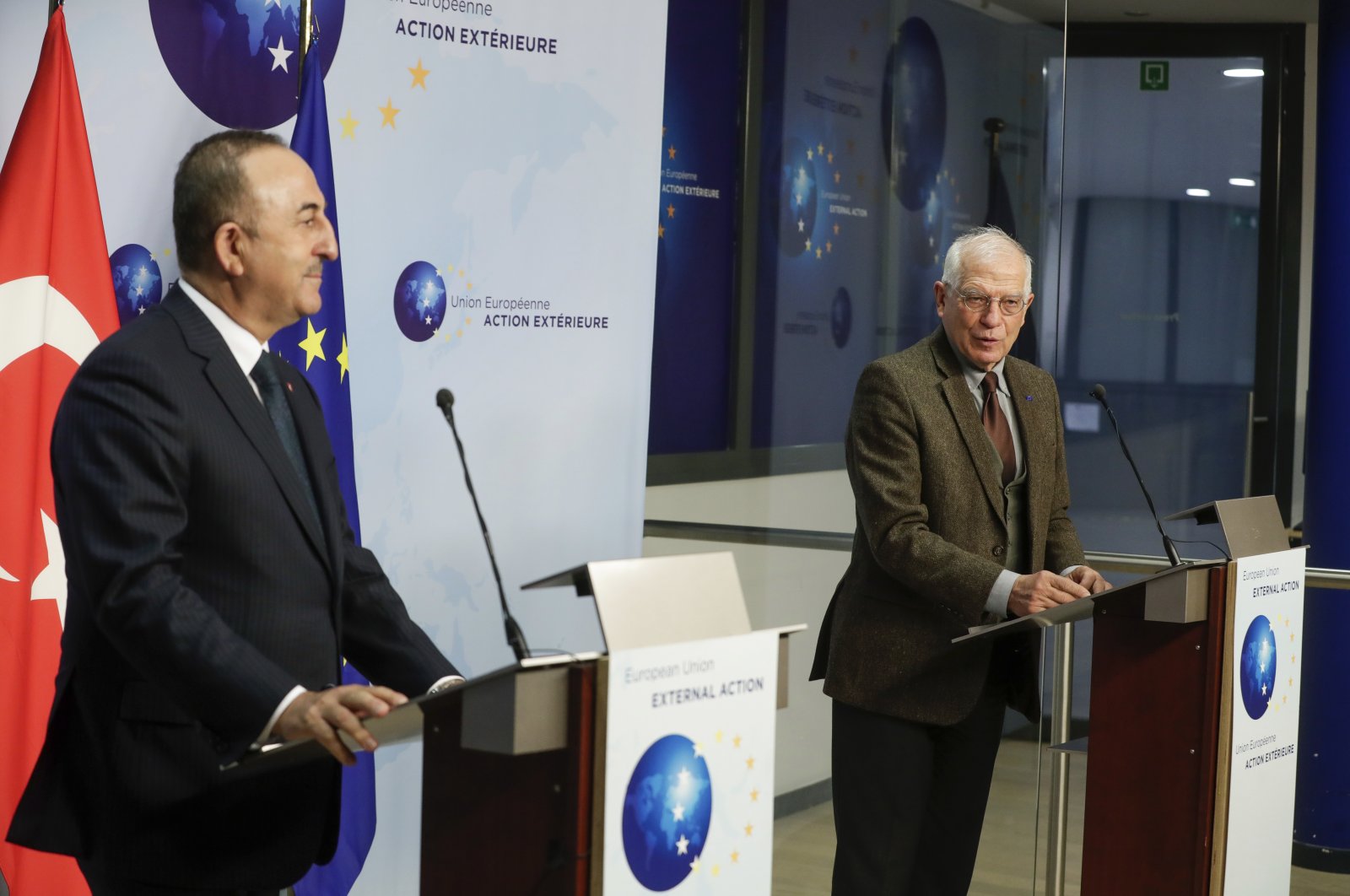 Before the European Council's leaders' summit two months ago, experts and journalists in Turkey discussed the European Union's possible sanctions. The frozen EU agenda came into the Turkish public's focus with the sanctions threat. Both sides knew that sanctions were illogical and would not contribute to bilateral relations.

Despite the dysfunctionality of the sanctions, Greece, the Greek Cypriot administration, France and Austria insisted on sanctions against Turkey. Punishing Ankara would only satisfy the Greek and Greek Cypriot administrations and make them temporary heroes in their local political contexts. Indeed, they pushed their agenda with French President Emmanuel Macron's support. The mild but unfair sanctions placed on Turkey after the summit both disappointed Greek politicians and frustrated Ankara.

Turkey then decided to take bolder steps to normalize its relations with EU institutions. Stimulating the EU agenda and taking concrete steps toward the normalization of Turkey-EU relations became the priority of Ankara's 2021 foreign policy plans.

After several years of inactivity, Ankara's renewed interest in EU integration surprised both the EU and the Turkish people. The Turkish public and European officials are still trying to understand whether Ankara is sincere but their follow-up on critical issues is demonstrating that they are.

Both Ankara and Brussels will need concrete steps to overcome the problem of mistrust. There will not be a significant breakthrough in Turkey-EU relations in the near future despite both sides' conciliatory gestures. The cooperation will improve gradually by joint constructive efforts and small confidence-building steps.

Each side will make a gradual assessment of the accomplishments and decide to take more significant moves.

European actors did not help Turkey in the Syrian or Libyan crises or in its fight against Daesh and the PKK. They did not contribute to the Nagorno-Karabakh conflict or reaching a diplomatic solution in the Ukraine crisis.

The EU's indifference toward Turkey's security issues weakened Ankara's negotiating position with Moscow and Tehran. All these moves frustrated Turkey in its relations with its European counterparts. Despite its annoyances, Turkey’s renewed interest in the improvement of relations with the EU is a sign of determination.

Greece and the Greek Cypriot administration managed to turn their problems with Turkey into a broader Turkey-EU problem. The bloc's member countries who had issues with Ankara managed to deepen the rift generated by those two neighbors.

Some EU member countries no longer want to sponsor Athens' tensions with Ankara. While Greek Prime Minister Kyriakos Mitsotakis worked on arms procurement deals with France, Israel and the U.S., Berlin and Brussels are still worried about Athens' debt and financial instabilities.

Greece's already troubled economy is further affected by the tourism sector's plunge due to the pandemic. There is no prospect of improvement in the Greek economy in the near future, but Athens aspires to increase its military spending. Greek politicians can only justify this policy by maximizing the Turkish threat and provoking Ankara to mobilize its military.

While Ankara is disturbed about Athens' efforts to violate its sovereignty in the Aegean Sea and encourage Turkey in the Eastern Mediterranean, Greece is not considered a significant strategic challenge to Ankara.

The maximalist and aggressive behavior of the Mitsotakis government may be costly in the medium term to the Greek people. Athens' policies against Turkey are not sustainable unless Greece turns its ambitions into the priorities of "great powers."

The EU lacked both a long-term vision and a strategic outlook to accommodate such a strategic partner like Turkey. Any planning was constrained by the short-term advantages of European politicians. This stalemate in Turkey-EU relations seems like it will change in the coming months.

Ankara is working on an effective reform program in the political, legal and economic fields. Çavuşoğlu also reiterated Turkey's call for an Eastern Mediterranean conference to sort out differences with key stakeholders.

Now the ball is on the Greek side. The 61st round of exploratory talks between Ankara and Athens will be conducted on Jan. 25. Ankara is still cautious about the potential for Athens to act as a spoiler, but the exploratory talks are a better alternative than a further escalation in Turkish-Greek relations.

For Turkey, the best outcome can be separating the tensions with Greece and the Greek Cypriot administration from Ankara's overall relations with the EU. There is a lot more for Turkey to improve on with the EU if this initial goal is achieved.