Life on earth under risk, we need a global change 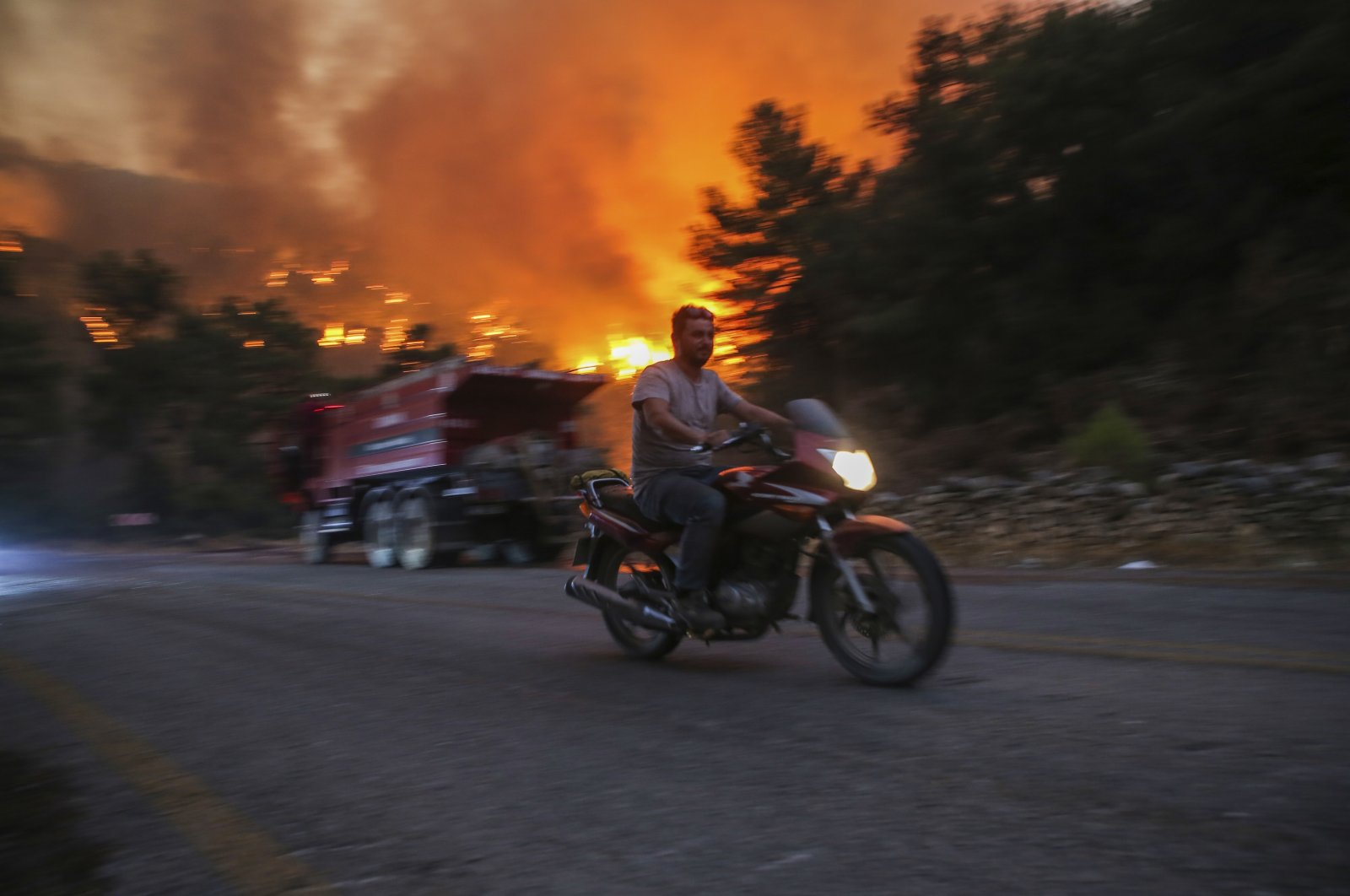 The climate crisis only becomes part of our daily agenda when disasters such as floods and fires hit but the issue is actually much larger. The Earth is getting hotter and we must act now to put a stop to it

This may be the first year that we are vividly experiencing the consequences of global climate change.

Wildfires are occurring all over the world now. Italy is burning, so is Greece, Australia, Spain and many other countries.

In Turkey, we experienced hell for nine days. With more than 21 planes in the skies and numerous helicopters helping to put out the fires, the situation is getting better but for the first time after many years, we are witnessing forest fires of such magnitude across the Aegean and Mediterranean coasts.

I have firsthand experience of the devastation being caused by these fires as I have been in Bodrum, in the Muğla province of southeastern Turkey, since the fires started. I interviewed Bekir Pakdemirli, minister of agriculture and forestry several times during this period.

We have already confronted 187 forest fires, out of which 172 of them have been put under control as of today; however, it is not easy to contain them all. Many areas have been evacuated and there was a risk of a power plant catching fire that was recently prevented.

But what causes so many fires across the globe?

I read in the papers today that two cities in the world – one in Saudi Arabia, the other in Pakistan – are already beyond the limits of human resistance concerning heat.

Everywhere it is getting hotter and hotter. I spent my childhood in Bodrum in the summers and I don't remember the weather being above 33 degrees Celsius (91 degrees Fahrenheit). Now temperatures hitting 40 degrees or above are a frequent occurrence. Also in Istanbul, during the 80s and 90s, the average temperature in summer was 28 degrees Celsius. Now 38 degrees Celsius is not rare.

The same is true for floods. There is more heat but there is also more flooding. While some parts of Turkey experience fires, other areas have been experiencing flooding.

In short, the balance seems to have been destroyed. Nature is fighting back against human interventions and we humans try to protect ourselves with the very same methods that caused this imbalance.

Unless we find a new approach there is no permanent solution. These problems are affecting everyone across the world and it should serve as a reminder of how interdependent we are on each other.

In July, there were floods in Germany, Belgium and also in China's Henan province, which swept away many people in subway stations and on the streets.

Climate change is connected to all these disasters. It makes extreme weather more frequent and intense. In July, the World Weather Attribution (WWA) initiative – a collaboration of climate scientists from Oxford, Princeton, other universities and the Red Cross Red Crescent Climate Center (RCCC) – made the pronouncement that the North American heat wave that skyrocketed temperatures in Lytton Canada to 49.5 degrees Celsius would have been virtually impossible without human-caused climate change. The group reached the same conclusion in Siberia last year where 38 degrees Celsius in Verkhoyansk was recorded.

The situation is worrying. Instead of dealing with the matter nationally and on a purely incident-by-incident basis, we should concentrate on how countries can work together for a global solution. Fires can be extinguished and there can be daily protection from floods, but unless we seek a permanent change in the practices of the modern world, humanity will remain in a very fragile predicament.

We should make peace with nature. Politics and economics across the world should be redesigned keeping climate change in mind for the survival of humanity.