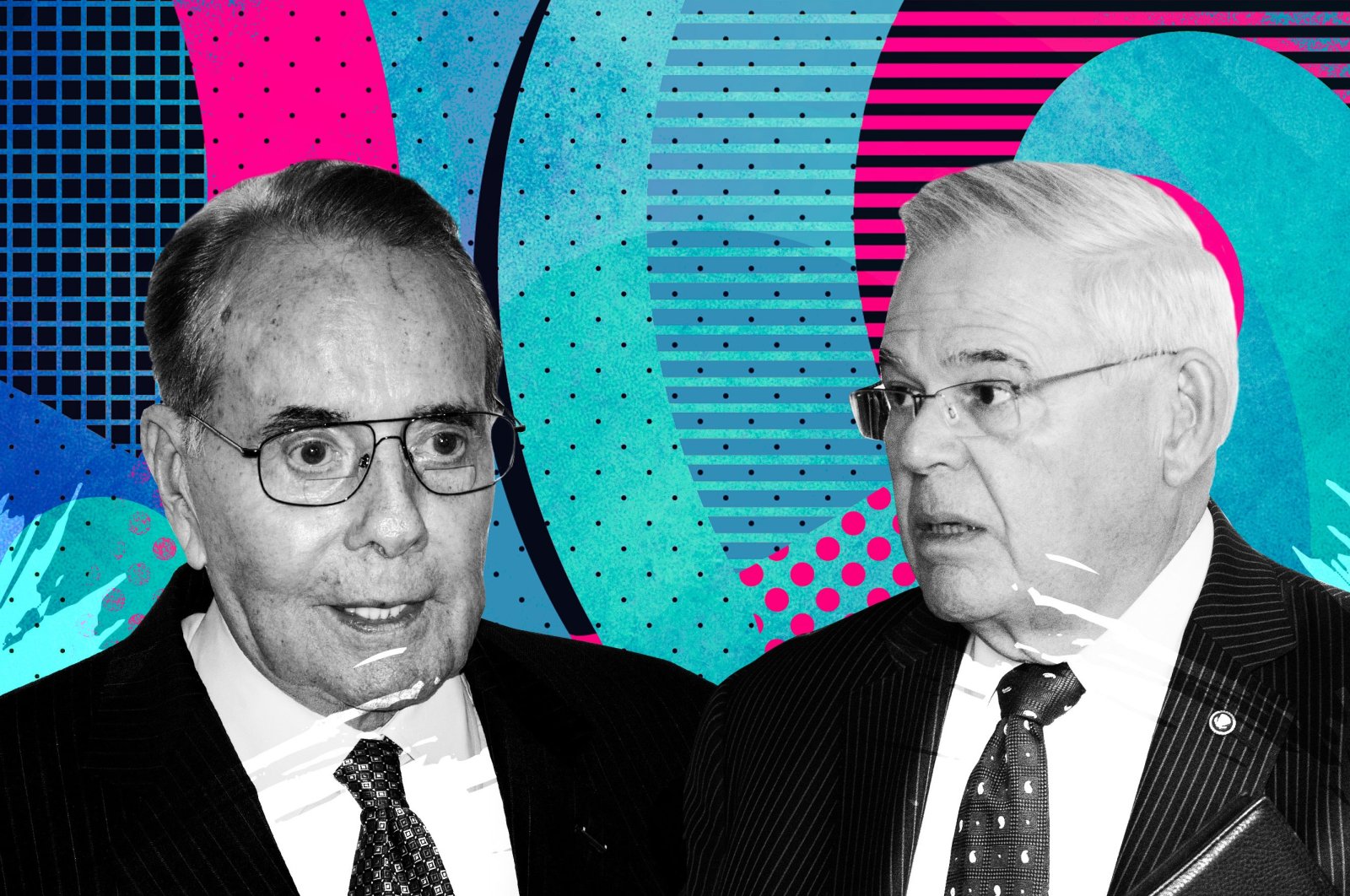 With different actors but the same agenda, there have always been figures in U.S. politics that aim to damage relations with Turkey. Robert Dole and Robert 'Bob' Menendez are two of them

Turkey and the United States for the most part enjoyed friendly relations throughout the Cold War, mainly within the context of the NATO alliance. There are no direct bilateral conflicts between the two states, however, from time to time, certain third states, regional issues and American politicians have poisoned this relationship. It is understandable that like any other pair of countries, Turkey and the U.S. think differently when it comes to various regional issues such as the Arab Spring or the Nagorno-Karabakh conflict. Unsurprisingly, certain third countries such as Armenia and Greece have been trying to exploit Turkish-American ties.

It is interesting to watch some American politicians, who closely follow foreign policy issues, obsessively try to influence U.S. foreign policy towards certain countries. Mostly, it is understood within the context of a political system open to the influence of lobbies, representing different interest groups.

There are several politicians who have chosen Turkey as the target. One of these anti-Turkey politicians was Robert Dole, who served in the U.S. Army during WWII and later became a leading Republican senator. Dole, who was severely wounded during the war, was operated on by an Armenian physician, Hampar Kelikian. Dr. Kelikian operated on Dole seven times free of charge and greatly contributed to his recovery. When Dole entered politics, he devoted himself to the Armenian cause to pay back his debt of loyalty.

In the 1980s and 1990s, he persistently tried to pass a resolution in the U.S. Senate recognizing the mass murder of Armenians during the decline of the Ottoman Empire as a genocide. However, there was a balance in American politics. For instance, there was an interesting struggle between two leading senators on an Armenian genocide resolution presented to the Senate in 1990, when Robert Byrd, a Democrat senator, rejected Dole’s emotional intervention and blocked his bill.

Another senator in duty

Recently, another senator, New Jersey Sen. Robert (Bob) Menendez, one of the most prominent senators in the Senate's foreign policy process – who married an Armenian last year – has come to the forefront as a harsh critic of Turkey.

Menendez, who is chairperson of the Senate Foreign Relations Committee, is known as a steadfast supporter of both Greek and Armenian lobbies in the U.S. Among others, he is a member of the Armenian Caucus. Besides the financial support from Armenian and Greek diasporas in the U.S., Menendez receives considerable campaign donations not only from said diasporas but also from Gülenist Terror Group (FETÖ) members. Accordingly, he has been a close associate of the network in the U.S. and has served as guest of honor at numerous gala dinners hosted by FETÖ-affiliated organizations.

As a staunch critic of Turkey, Menendez has supported all anti-Turkish personalities and policies. He has insistently used every chance to show his uneasiness and animosity towards the country and to make anti-Turkey statements. He has attacked Turkey’s interests on all platforms and is trying to disrupt the decadeslong NATO alliance between Washington and Ankara and create a misperception of Turkey in the U.S.

Menendez’s recent visit to Greece and the Greek Cypriot administration is a clear indication of his pro-Greek and anti-Turkish position. Greek Prime Minister Kyriakos Mitsotakis described Menendez as a “good friend of Greece,” since Menendez considers the Eastern Mediterranean region as a central focus of U.S. foreign policy. Menendez attended the events celebrating Greece’s 200th anniversary of independence from the Ottoman Empire. Greek President Katerina Sakellaropoulou awarded Menendez with the Grand Cross of the Order of the Redeemer during his visit to Athens. Menendez clearly took a wholly pro-Greek stance when he praised the Greeks for being promoters of democracy, human rights and the rule of law, then accused Turkey of being an authoritarian oppressor.

Menendez, who has played a leading role in passing the legislation ending the U.S. arms embargo against the Greek Cypriots, was awarded with the highest order of merit, the Grand Cross of the Order of Makarios III, by Nicos Anastasiades, leader of the Greek Cypriot administration. During the ceremony held on the island in August 2021, Menendez has pointed out that his “goal is to see the last Turkish soldier leave the island.”

Menendez has proposed measures be taken against Turkey’s defense industry and that U.S. support to Azerbaijan be cut. Furthermore, he has called the U.S. government not to sell F-16s to Turkey and to put Ankara's drone program under harsh scrutiny. He has asked the White House to punish Turkey for its close relations with Russia, its regional initiatives and its support for Azerbaijan. He has even claimed that the sale of Turkey's drones, which played a critical role in Azerbaijan's victory against Armenia in 2020, to other countries like Ukraine and Poland must be questioned. Menendez has been working hard to find a way to impose an embargo on Turkey.

There is a fierce reaction from the Turkish side. For instance, President Recep Tayyip Erdoğan called Menendez an “enemy of Turkey” whose actions pose a threat to Turkish-American relations.

Akif Çağatay Kılıç, chair of the Turkish Parliament's Foreign Affairs Committee, has criticized Menendez's statements against Turkey and President Erdoğan. Kılıç has pointed out that Menendez, who has been very close to the Armenian and Greek lobbies, undermines Turkish-American relations and problematizes the Turkish government. Due to his increasing criticism of Turkey, Menendez's damaging influence on Turkish-American relations started to be discussed in the Turkish media as well.

Whether it is ideological, emotional or personal, politicians like Menendez continue to harm Turkish-American relations. It will take the efforts of rational actors and politicians from both sides to neutralize the influence of such deleterious actions. Both Turkish and American authorities need to be careful not to allow such irrational politicians to hijack and poison bilateral relations. Considering the high level of interdependence between the two countries, they have to find a way to overcome, or at least manage, differences in their relations. While Turkey still needs the NATO alliance in this transitory and uncertain period, the U.S. needs Turkey on different regional issues, such as Ukraine, Libya and Afghanistan.