My brother, my sister, why have you forsaken me? 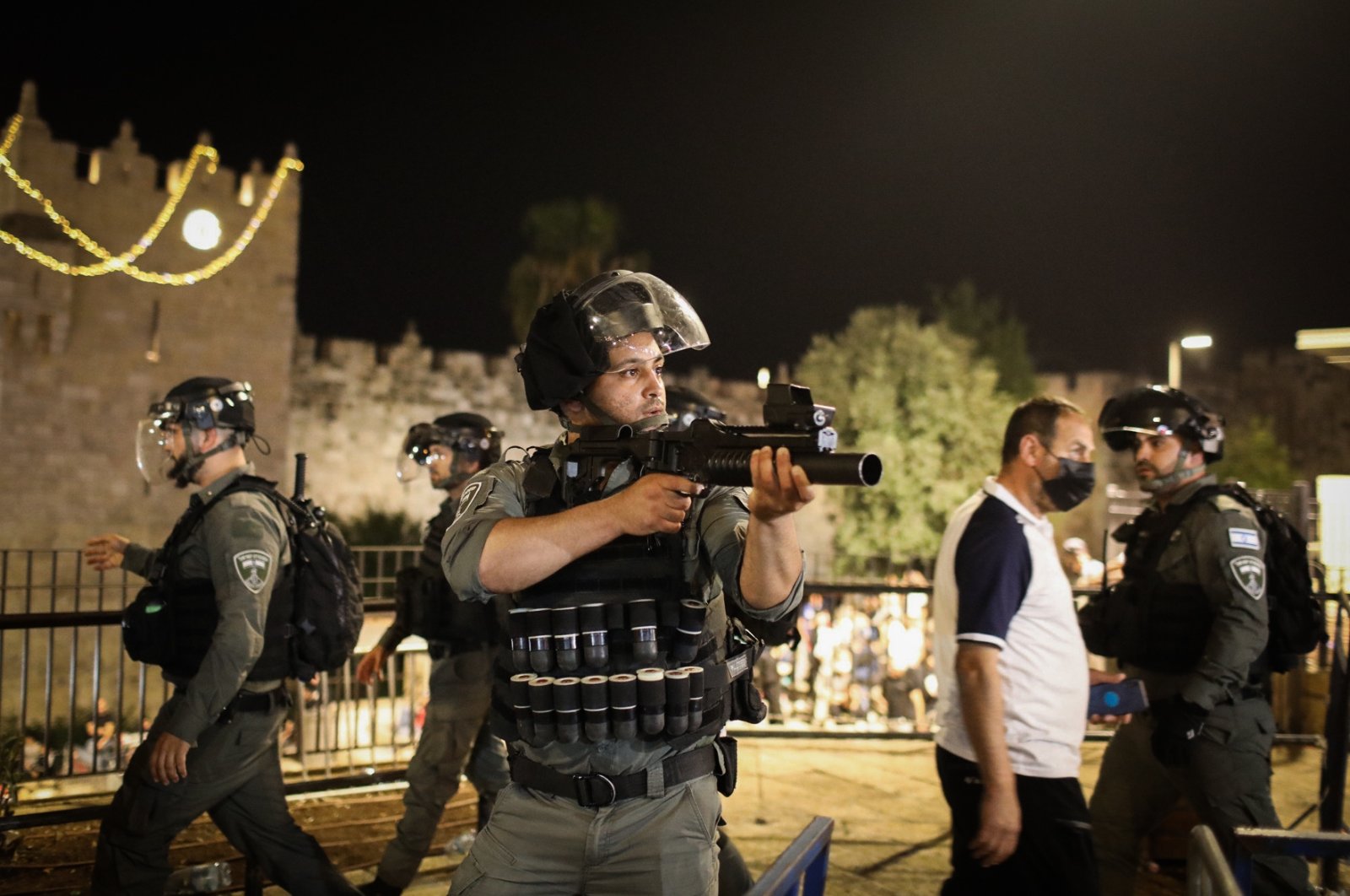 An Israeli police officer holds a gun during Palestinian demonstrations against the forced evictions from the Sheikh Jarrah neighborhood, occupied East Jerusalem, Palestine, May 8, 2021. (Photo by Getty Images)
by Hakkı Öcal May 10, 2021 12:05 am
RECOMMENDED

European countries are warning that the continued Israeli settlement expansion will damage the prospects of a viable Palestinian state, and the United Nations keeps urging Israel to call off the forced evictions in Israeli-occupied East Jerusalem, which it says amount to “war crimes.” But are we hearing any meaningful objection from neighboring Arab countries?

Jalal Abukhater in his Al-Jazeera article laments the situation:

“For us Jerusalemites, it is frankly nauseating to hear commentators throw around cliches of 'cycle of violence,' call for a 'return to calm' and generally engage in 'bothsidesism,’ whenever violence erupts.”

“Bothsidesism” is one of several infamous legacies left by former United States President Donald Trump. After violence erupted at a neo-Nazi and white supremacist rally in Charlottesville, Virginia in 2018, Trump disingenuously said there were “very fine people, on both sides.”

Now almost everyone in the media on the West side of the Jordan River uses it when they describe “incidents” in Jerusalem. It is as if the Israeli occupation of Jerusalem has been normalized and any resistance to its illegal security and justice systems is now considered terrorism by the media.

Even some sources in Turkey, especially those opposing the Erdoğan administration, are quick to label young Palestinians as “Hamas terrorists.” The Jerusalem Post seems less biased in comparison with some Istanbul newspapers.

Israel in general, and Jerusalem, in particular, now have a perfect apartheid system in place. This system not only discriminates against Arabs but has become deadly for them.

One can understand (or blame) the age-old imperialistic news reporting system that is still feeding some Turkish and other Western news sources; the news first travels from the Middle East to London or Paris, and later propagates to other European capitals. But why does the Arab and Iranian media look like they have already forsaken their Palestinian brothers and sisters?

Not one single Arab source – other than the Jordanian media – reported the Israeli human rights group B'Tselem’s report about the worsening situation in the Israeli-occupied Arab lands. The Israeli group stated that now “a regime of Jewish supremacy” is in place in the country.

The group reports that this is the case especially after several Arab countries signed the “deal of the century” with Israel. These Arab countries are getting vaccination help from Israel, and some of them have already vaccinated all their citizens against the pandemic. It looks like he who pays the piper calls the tune.

Open any United Arab Emirates (UAE) news site and you’ll see the coverage of crimes against humanity committed in the occupied Arab lands reported as ordinary security incidents. There is no coverage of the humanitarian disaster created by COVID-19 and the Israeli occupation. Israel wouldn’t allow the Palestinian Authority (PA) to develop a comprehensive plan to take preventive measures.

Those Palestinians entering Israel to go to their jobs are being held in large crowds for hours. The PA is able to control weddings and communal prayers and asks people to keep their distances in Israeli holding areas, but Israeli security officials are pushing Palestinian workers into tight waiting areas.

'Someone else will steal'

The absurd rulings of Israeli courts concerning evicting 500 Palestinians from their homes that have belonged to them for generations, to be handed over to Jewish settlers, have been reported in many Arab countries as “both sites escalating violence.” We've all watched the out-of-this-world conversation between the Palestinian woman and the Jewish settler.

Sheikh Jarrah neighborhood resident Muna al-Kurd confronted the Jewish settler saying that he was stealing her home, the fat guy responded in an American drawl, “If I don’t steal it, someone else will.” The poor woman was wailing which, as the Bible says, was far from her deliverance. Her brothers in many other Arab countries the next day would simply report that both sides were escalating the tension, and the Palestinians were resisting the court rulings.

International Human Rights Watch (HRW) in its last report about Israel said, “a threshold has been crossed” and Israel is now “committing crimes against humanity of apartheid and persecution against Palestinians.” Don't hold your breath waiting to see it on the evening news in Riyadh.