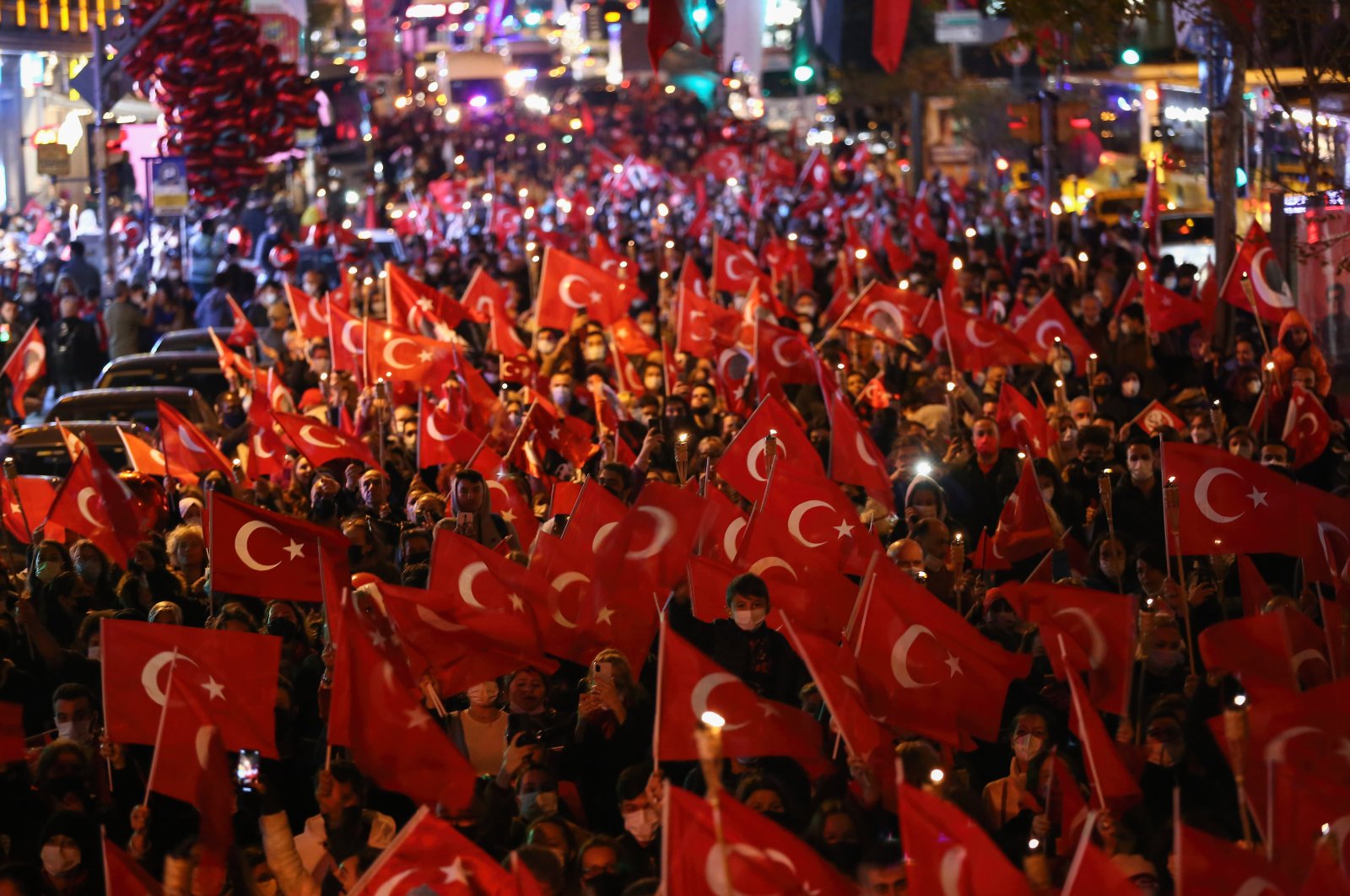 The main opposition Republican People’s Party (CHP) and the Good Party (IP) recently signaled that they could walk back on their rapprochement with the Peoples’ Democratic Party (HDP). Meral Akşener, the IP chairperson, reiterated that “we position the HDP right next to the terrorist organization PKK” – a first since April 2020. CHP Chairperson Kemal Kılıçdaroğlu, in turn, stressed the importance of fighting the PKK, pledging to “destroy the hotbed called Qandil.”

From where I stand, these signals are merely tactical, limited to rhetoric and have no implications on actual policy choices. The leaders of both parties thus attempt to appease their unhappy supporters and address differences of opinion within the pro-opposition Nation Alliance. At the same time, they clearly wanted to respond to the Nationalist Movement Party (MHP) to tap into the grievances of nationalist voters.

Kılıçdaroğlu had recently described the HDP as a “legitimate counterpart” in resolving the Kurdish question before voting against a bill to authorize the Turkish military to operate in Iraq and Syria. He responded to mounting criticism by saying that supporting the bill would have been a “betrayal” of the republic – a statement that IP officials described as “devoid of reason.” Although the resulting popular outrage forced both politicians to issue additional statements, there is no reason to believe that the CHP will walk back its engagement with the HDP. After all, trading his party’s ambiguous policy with controversial steps toward cooperation with the HDP was part of Kılıçdaroğlu’s strategy for the 2023 election. The next steps will include insisting on the release of the HDP’s former co-Chair Selahattin Demirtaş from prison and reacting to the closure case against that party.

Indeed, the IP and its chairperson find themselves between a rock and a hard place in this scenario. The main opposition leader has no problem taking contradictory steps, such as describing July 15 as a “controlled coup” and claiming that “we all fought against the coup plotters.” His primary objective is to unite the opposition by any means. Akşener, by contrast, adopted a more coherent approach to target center-right voters. Yet her coalition partner’s stance on the military authorization bill represents a heavy burden on her shoulders.

One could suggest that all those things are part of a tug-of-war within the Nation Alliance. Specifically, whereas Akşener twisted Kılıçdaroğlu’s arm over the opposition’s joint presidential bid, Kılıçdaroğlu compelled Akşener to align herself more closely with the CHP’s approach to the HDP. Still, the IP chairperson, who has a nationalist record and a nationalist base, faces the greater challenge here. Although her party could stomach a far-right position on refugees, coming to terms with HDP’s “Kurdistan nationalism” could prove to be a bridge too far.

For the record, such tensions are unlikely to cause friction within the Nation Alliance at the top level. Kılıçdaroğlu could come up with new controversial statements to keep Akşener around. Akşener, in turn, may attempt to resort to strongly-worded rhetoric against President Recep Tayyip Erdoğan to change the conversation. Friction between IP and CHP voters, however, could still occur if the pro-government People’s Alliance successfully tells the story of that escalation to nationalist-conservative voters. Indeed, a military operation against the PKK's local offshoot, the YPG, in Syria, the closure case against the HDP and the party’s radical demands are among the potential sources of friction within the Nation Alliance. Ahead of the 2023 elections, hardly anyone will be surprised to see the opposition say big things about nationalism, the republic’s second century and Atatürk’s vision, whilst coming up with new ways to appeal to Kurdish voters.

Another point is that Erdoğan’s opponents at home and abroad apparently want to bring his health into the election campaign. Foreign Policy fired the first salvo earlier this year. What happened on social media platforms last week, however, amounted to a complete “eclipse of conscience.” To say the least, it was evil, despicable and deplorable. At a time when Erdoğan has been going on international trips and appears in public so frequently, spreading such lies has absolutely nothing to do with politics. It was an act of malicious shrewdness to talk about “the poor state of politics embodied in the leader’s health” before blaming the whole episode on a “shortage of information and transparency.”