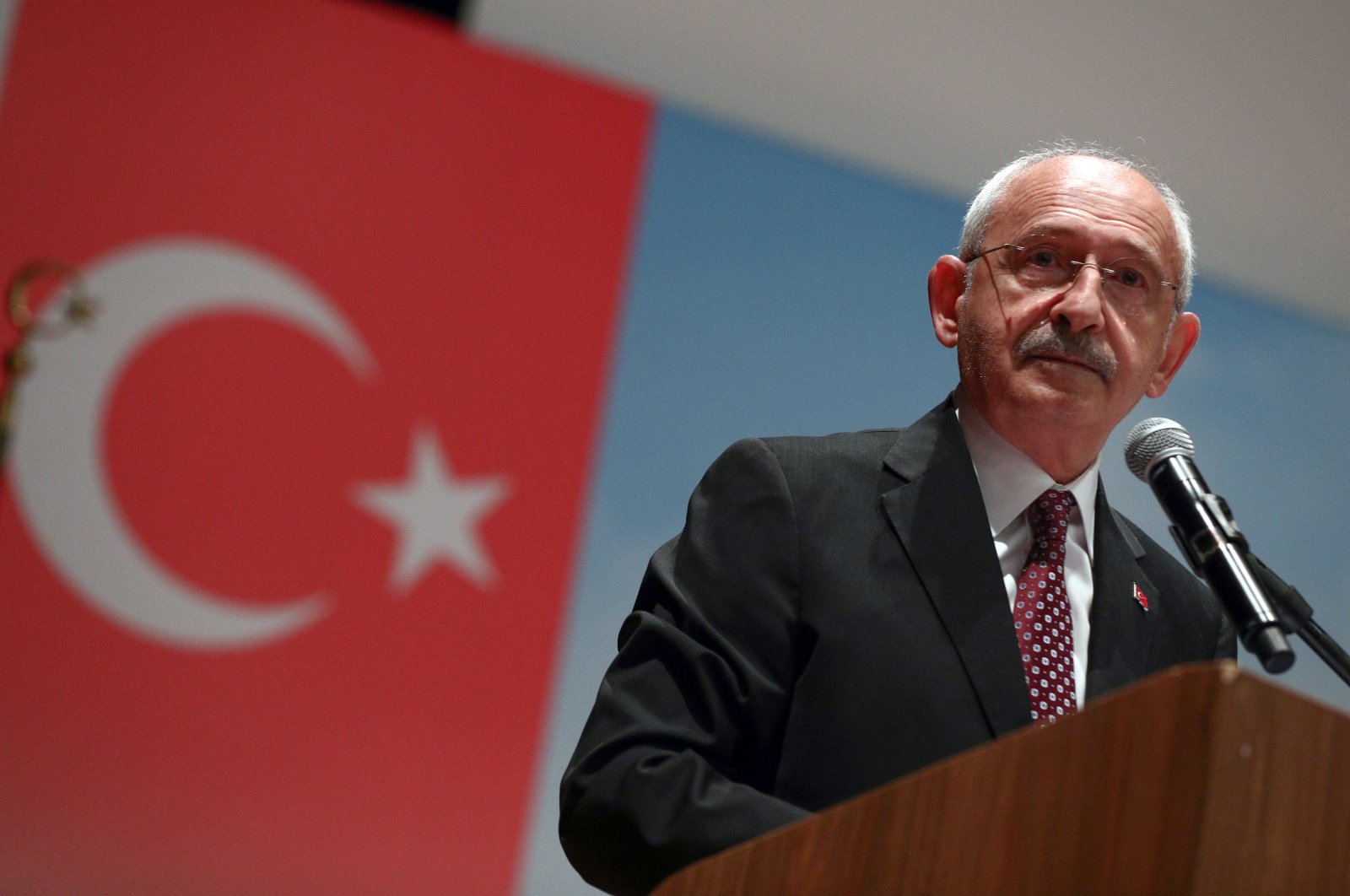 Kemal Kılıçdaroğlu, the main opposition Republican People’s Party (CHP) chairperson, started a fresh debate on the “Kurdish question” after his remarks on the Peoples’ Democratic Party (HDP). That move was obviously intended to secure the HDP’s support ahead of the 2023 elections. That party, which faces a closure case, had been asking the CHP and the Good Party (IP) to put an end to its marginalization. Those "warnings" came in the form of reminding everyone that “we helped you win the local election” and thinly veiled threats such as “we stand at an equal distance from both alliances.”

The main opposition leader’s move came before the HDP could publish its position paper. By saying that he viewed the HDP as a “legitimate counterpart” for resolving the “Kurdish question,” Kılıçdaroğlu demarcated a major rhetorical area for the 2023 campaign. The CHP chair may think that he managed to set the political agenda (for now) by making a statement that HDP voters could find appealing. Indeed, he may assume that he positioned the debate safely by saying that he did not view Abdullah Öcalan, the imprisoned PKK leader, or the PKK’s military leadership, as a counterpart – despite the HDP’s objections.

One cannot expect, however, that Kılıçdaroğlu will control the “Kurdish question” debate that he started. That task is nothing like holding frequent bilateral meetings with the leaders of opposition parties. Going forward, Turkey will discuss at length whether there is a Kurdish question – and, if yes, what its dimensions are, who should participate in talks, and how each of the many aspects could be addressed.

For the record, the conversation may not even stop there. As the HDP leadership clearly identifies its demands, there will be questions about Turkish identity, citizenship, native languages and unitarism/autonomy. The CHP and the IP will be uniquely affected by those discussions.

Let us not disregard the HDP’s prompt response to Kılıçdaroğlu’s comments that there were other counterparts, including Öcalan. That party’s leaders may have referred to “other actors” (instead of naming Öcalan and the PKK’s military leadership) not to end the conversation before it even started. Yet the critical question remains: On what level could the recognition of the HDP as a “legitimate counterpart” address the “Kurdish question”?

History teaches us that the PKK views the HDP as a dependent organization and therefore does not listen to the HDP’s leaders. There is no reason to expect the PKK to end its presence in Iraq and Syria at the HDP’s request either. Putting that aside, the HDP’s leaders could not possibly utter such words. Indeed, no one in their right mind would take seriously anything that HDP leaders would have to say about the PKK’s acts of terrorism within Turkey’s borders.

The way I see it, the CHP chair’s latest move could possibly contribute to the HDP’s de-marginalization, but it won’t yield any other result. At the end of the day, it is no secret that the PKK, too, will breathe a sigh of relief. The question, then, is as follows: Are CHP and IP voters on board with the outcome of the box that Kılıçdaroğlu just opened – specifically, the HDP’s radical demands? Will they support “education in two native languages” and “autonomy”? How will they respond to the claim that “Kurds are a founding element” that opens the discussion of Turkish identity? That is the box that the main opposition leader just opened. He has crossed into the rhetorical territory, where even the slightest debate could hurt him.

Asked by reporters about that debate, President Recep Tayyip Erdoğan delivered a clear response: “There is no such problem in Turkey. We have already addressed, overcome and ended that matter.” Those remarks should be interpreted in conjunction with his July 9 address in the southeastern province of Diyarbakır where predominantly Kurdish people live. There, the president said that he has not changed his position from back in 2005. In other words, he doubled down on facing past mistakes and addressing the Kurdish community’s problems through “more democracy, more citizenship, more law and more welfare.” Shutting the door on the maximalist demands of Kurdish nationalists, Erdoğan stressed that it was “the other side” that terminated the peace process, not himself, and accused the HDP of hurting the Kurds.

As I wrote in the past, Erdoğan believes that he kept his promise by implementing the most comprehensive reforms in the republic’s history regarding the rights of citizens of all backgrounds.

In the end, the CHP and the IP may face two problems at once. Failure to talk about autonomy or native-language education would get them stuck between Erdoğan’s Diyarbakır address and the HDP’s demands. Discussing the problems with the reconciliation process would put the CHP and the IP, not the ruling Justice and Development Party (AK Party), in a difficult position.