No reset in US-Israeli relations, not even a new spirit 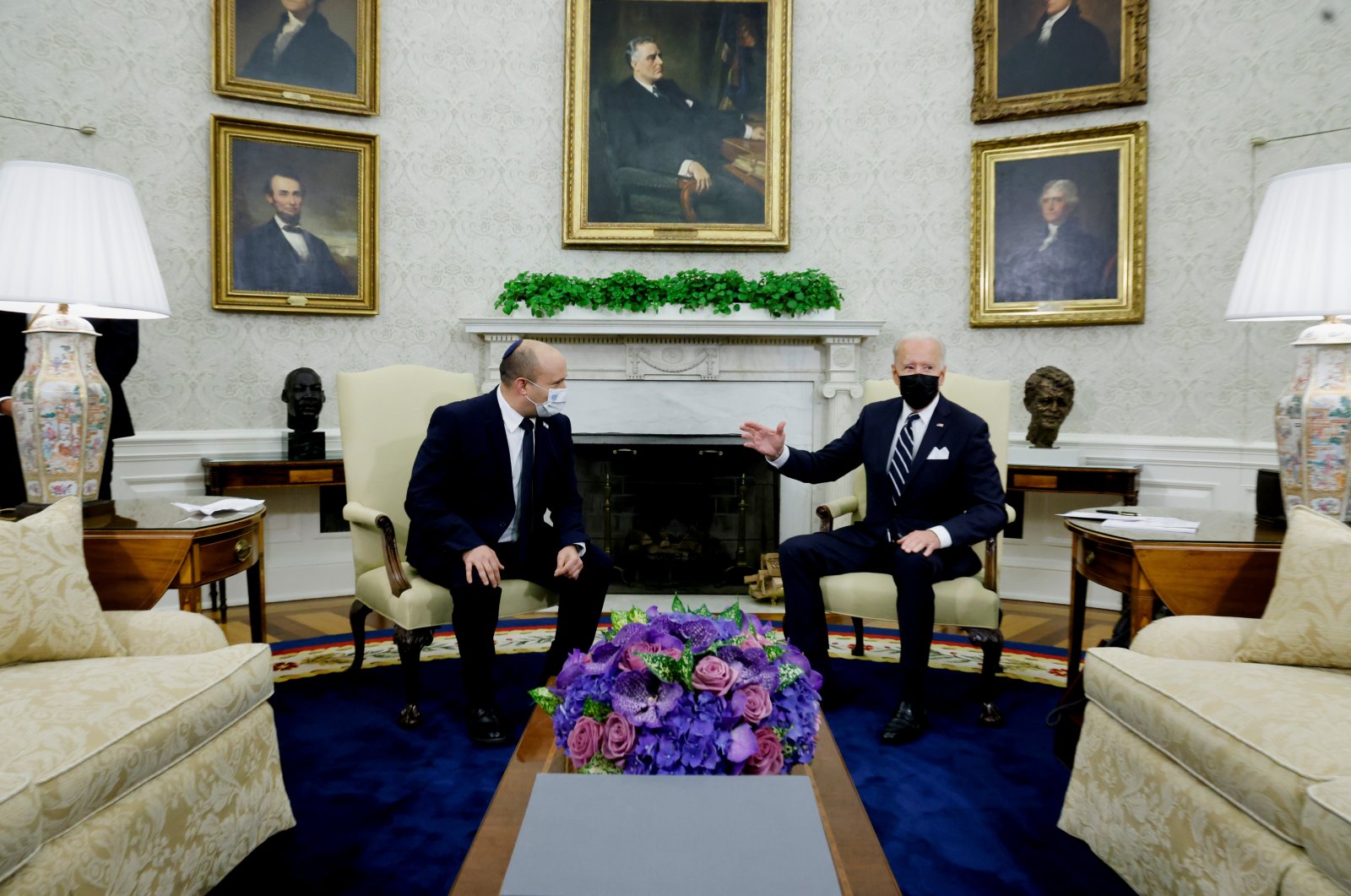 Israeli Prime Minister Naftali Bennett’s Washington tour, his talks with United States President Joe Biden nor his men have been able to secure a fresh start with the Democratic administration as some people on both sides of the Atlantic were hoping. The neoconservatives in Washington and new revisionists in Jerusalem predicted it would be a match made in heaven: a leftist alliance in Washington that acts rightist, and an ultranationalist coalition in Jerusalem that acts leftist. The meeting came on the heels of the fiasco stemming from the U.S. withdrawal from Afghanistan. While it was not totally lost in confusion created by the bombings in Kabul by Daesh's Afghanistan branch, it did not cause as much fanfare as hoped. The meeting was delayed by a day, yet it disenchanted both sides.

Bennett may have consulted French President Emmanuel Macron before talking to Biden about his intention of hitting Iran in two months. Despite Macron’s adulatory approach toward Biden, saying that “Biden convinced the Europeans that the U.S. is really, definitely and permanently back (after its absence during the Trump years),” and marketing himself as Biden's best bet for a European partner, Biden bluntly told him to be quiet when the Frenchman suggested that all foreign troops leave Libya. Even if one is on friendly elbow-bumping terms with Biden at G-7 summit meetings held at ocean resorts, one cannot tell a president – who believes that he is the best-prepared politician in all of America to oversee foreign affairs – what this or that country should do!

Israeli media provided Bennett with all the advice he needed about “when to be adamant and when to just listen and to show up with a deep understanding of U.S. interests and an assessment of what Biden’s agenda for the meeting is.” Bennett, who also has a public to cater to after all, stubbornly voiced that infamous Israeli doctrine that gives a country the right to take unilateral action when it feels threatened. Bennett should be grateful that he was not snubbed as the last Israeli prime minister had been by the last Democratic president in 2015. Then U.S. President Barack Obama had walked out of his meeting with then Israeli Prime Minister Benjamin Netanyahu when the Israeli started talking bullheadedly. He was asked to stay at the White House, consult with advisers and “let me know if there is anything new.”

Bennett’s first White House meeting was not as humiliating but the U.S. side did make clear that there are issues casting a shadow on bilateral relations, such as the occupation of Palestinian lands and the settlements in the West Bank and around Gaza. The Haaretz columnist Aluf Benn suggested that Bennett stick with Netanyahu's tactic of spending time talking extensively about Iran leaving no time to talk about the Palestinians, but apparently, it didn’t work this time. So, as Anshel Pfeffer of Haaretz put it, the Bennett-Biden meeting was not important, and there was little to be “achieved other than a photo-opportunity and ruining Netanyahu’s Hawaii vacation.”

The high expectations of the Israeli lobby in the U.S. and the U.S. lobby in Israel were actually based on false premises: the U.S. neoconservatism and Israeli new revisionism do not share very similar worldviews other than both being xenophobic and believing in “exceptionalism.” U.S. Secretary of State Antony Blinken made clear during his own short meeting with Bennett that the U.S. side knows very well that if Iran cannot be convinced in two months not to exceed 60% purification levels of uranium, Israel could (actually, would) unilaterally strike Iran. Despite all the reported posturing in the meeting by both sides, the postponement of the meeting because of the suicide bombings in Afghanistan soured the atmosphere to begin with. The meeting was scheduled to take place right after the Afghanistan pullout crisis had begun as Israeli officials insisted Bennett’s seeing the president was important due to developments on the Iranian nuclear front. However, the crisis in Kabul overshadowed the trip from its start. The White House canceled the visit on the evening of Aug. 26 and sent the Israeli journalists to their hotels without setting a new date. However, sending the Israelis back home could come across as just as rude as what Obama did to Netanyahu; so, Bennett came back Friday morning.

Busy with the loss of 13 American troops and 15 more injured, the U.S. media did not pay much attention to the meeting. After the meeting, none of the correspondents were jubilant about what they had heard. The U.S. media briefly reported that Biden and his team repeated the former U.S. demands such as to freeze building in the West Bank and other occupied territories. Biden was not willing to play the role of broker in the Israeli-Palestinian peace deal and he did not offer up any new initiatives. The toned-down statements of Bennett and his team show that the “new spirit in U.S.-Israeli relations” did not materialize in the talks.

Bennett may act as reckless as Netanyahu if the "Butcher of Tehran" (now president of Iran) really did have a button that he could push in eight to 10 weeks. But would Biden be irresponsibly and adventurously sitting back and watching just as former U.S. President Ronald Reagan did in 1981 when the Israeli Air Force conducted a surprise airstrike to destroy an unfinished Iraqi nuclear site near Baghdad, Iraq?

He wouldn’t. That is why Biden clearly said there are “other options” before any Israeli unilateral action is taken against Iran.