Not a good start for Biden administration 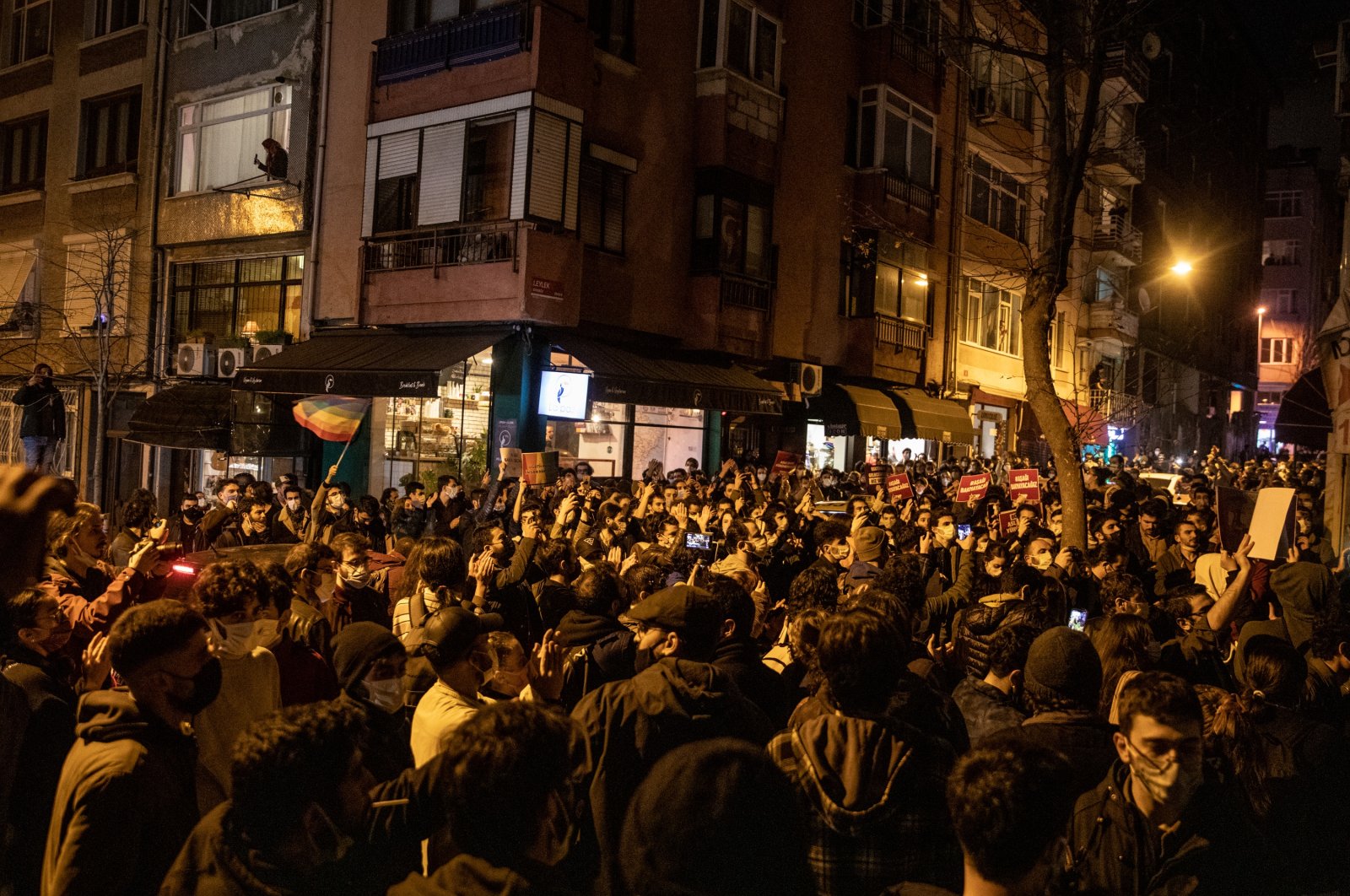 Protesters chant slogans during a protest against the appointment of the new Bogazici University rector, Kadikoy district, Istanbul, Turkey, Feb. 2, 2021. (Photo by Getty Images)
by Hilal Kaplan Feb 05, 2021 12:05 am
RECOMMENDED

A new rector has been appointed to Boğaziçi University, which is funded completely and solely by the state, in accordance with the same laws applied to other state universities. The newly appointed rector is an experienced academic who received his master's and Ph.D. degrees from the same university, proved his success in the private sector and then led two other universities as a rector.

However, Boğaziçi University, which was run by American rectors until 1971, objected to the appointment through an elitist attitude that it displayed probably to get the attention of the United States. In other words, some marginal cliques within the university have stirred up a revolt even though it was a legal rector appointment process that applies to all universities in the country. The reason I say marginal is because only about 500 students from the university, which has 15,000 students, have joined the protests.

From the first day, protestors have been shouting terrorist slogans. Some even clashed with the police, threw stones and broke the windows of police vehicles. Recently, a group of provocateurs closed the exit doors of the rectorate building in an attempt to occupy the building, shouting slogans saying that they would not let the rector go out. After some of them were detained, it became clear that most of them were not even students of Boğaziçi University. Given that the United States responded with 25,000 National Guard troops to the recent storming of the U.S. Capitol building, it becomes clear that the U.S. would be the last country to criticize the police intervention in Turkey.

Well, how did this turn into an issue that even the spokesperson for the U.S. Department of State mentioned at a press conference? After all, in the eyes of the U.S., all people are equal, but those backed by the U.S. are even more equal. It is no secret that the student clubs and academics of the school, which was converted to Boğaziçi University from Robert College, are under U.S. influence. I am quite familiar with this because I am a graduate of Boğaziçi University myself.

It has been exactly 68 years since the overthrow of Iranian Prime Minister Mohammad Mossadegh through an operation called “Ajax” that was jointly carried out by British and American intelligence organizations. The Central Intelligence Agency (CIA) publicly admitted its role in the coup for the first time in 2013, releasing the relevant documents. The part of the CIA documents about street riots aimed at toppling Mossadegh says: “The CIA has proven an ability to produce anti-Tudeh demonstrations. It can do so, however, only under favorable conditions, and provided that the central government does not strongly object.”

The central government in Turkey will strongly object to the Boğaziçi rebellion as it did during the Gezi Park protests. Even if U.S. President Joe Biden himself, not the spokesperson for the U.S. State Department, comes out and sends his "volunteer soldiers" here, nothing will change. Obviously, however, U.S. implication in Turkey’s internal affairs at the first occasion in a period less than a month of the inauguration is not a good start.