Reminder to the West: Terrorism's archenemy is humanity 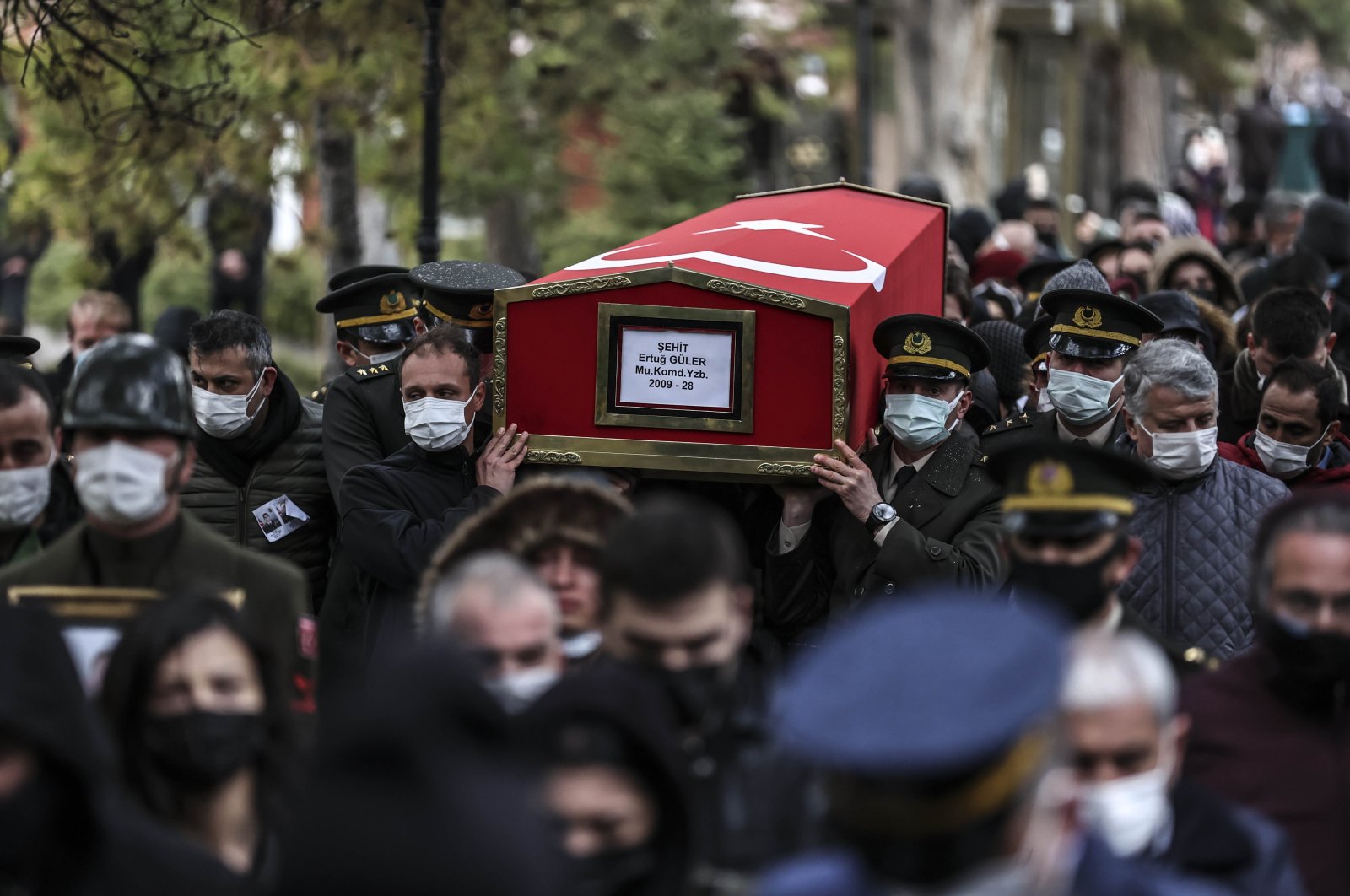 One of three coffins is carried during the funeral prayers for three Turkish soldiers who were killed in action against the PKK terrorist group, Ankara, Turkey, Feb. 12, 2021. (AA Photo)
by Ihsan Aktaş Feb 20, 2021 12:05 am
RECOMMENDED

Although some call it the age of space, the present age is still unnamed. According to Western political thought, the economic development of countries will conclude with unprecedented prosperity and peace around the world.

The highest rates of suicides, however, belong to those countries that are economically most developed. During the coronavirus pandemic, Western developed countries performed poorly.

Economic development can provide technological superiority but is not enough to ensure the happiness or the well-being of humanity.

Apart from pandemics, wars and terrorism constitute the human-made calamities in the world.

After the end of World War II, political leaders of all nations pledged to prevent the reoccurrence of such an international calamity that devastated the lives of millions of people.

Yet, even after the end of the Cold War, humanity still struggled against civil wars, genocides, racism, xenophobia, Islamophobia and terrorism.

In one of the main tenets of Islam, the Quran unequivocally states that “whoever killed a person ... it shall be as if he had killed all humankind.”

In the present international arena, interstate wars are rare. Instead, global and regional players in the international system support terrorist organizations in their proxy wars.

After the end of the Cold War, the U.S. declared its war on global terror, which was defined as "Islamic terror." Emerging from the American struggle against the Soviet occupation in Afghanistan, al-Qaida was one of the first examples of a global terrorist organization.

During the Syrian civil war, the U.S. administration declared its war against the murderous Daesh, which served as a pretext for the American intervention in the region.

For the last four decades, Turkey has been struggling against PKK terrorism. Inspired by the radical “power of violence” theory, which prescribes that the passive Eastern peoples should be forced to revolution by the use of violence, the PKK emerged via its terrorist attacks on Kurdish peasants and moderate Kurdish groups.

Recently, during Turkey’s military operation in northern Iraq, the PKK terrorists murdered 13 innocent Turkish citizens who were being held captive in a cave in the Gara region.

The PKK is a separatist and Stalinist terrorist group that has been supported and armed by the U.S. in Syria.

Ironically, Iran actively supports the PKK, while Russia backs up the terrorist group tacitly. As the U.S continues to treat the PKK as an ally in Syria, some Western European countries provide a safe haven for the terrorists.

As a great nation, the Turkish state has the capacity to overcome the murderous threats of the PKK's terrorism. What is unfortunate is that the so-called democratic Western states continue to support terrorism as long as it is not directed against them.