The new ‘Cold War’ has begun 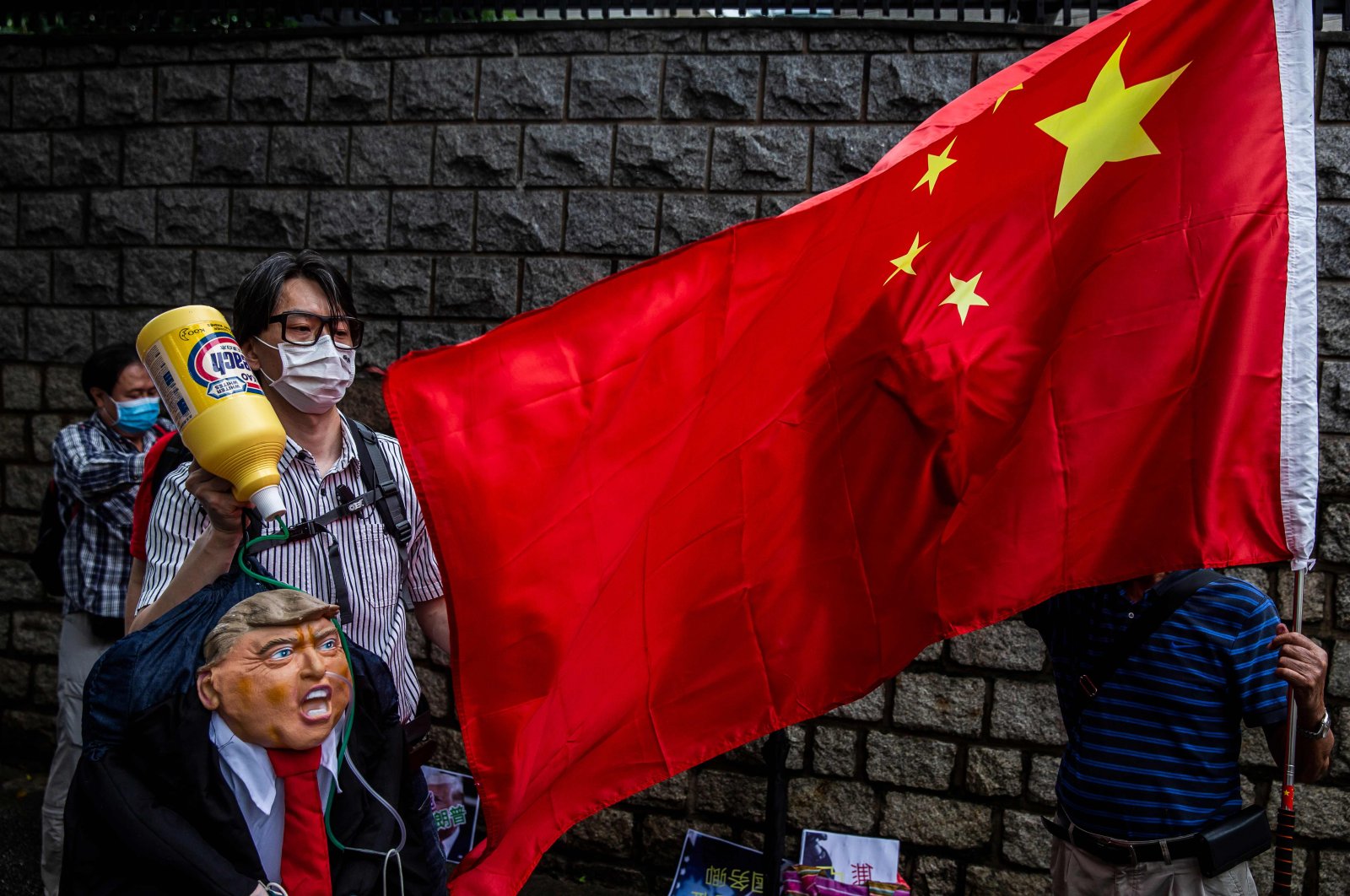 I hope our readers had a good Eid holiday. While wishing to spend these days in peace, the geopolitical and economic-political tensions between the power centers of the world have kept climbing. The escalating U.S.-China rift, which has been going on over the last few years, has peaked during Donald Trump’s term and is moving to a new stage. Having said that, in line with Chinese Foreign Minister Wang Yi’s recent remarks, I had officially written about the “new Cold War” in my column in the Turkish language daily, Sabah, on Feb. 13, 2017, under the title "Cold War 2.0 is starting."

Yi noted that some political forces in the U.S. have taken China-U.S. relations hostage and pushed the two countries towards a new Cold War. It can be said that for both countries, a period of tension has been brewing. Because, no matter how much the U.S. has always been prone to using the Cold War mechanism, China has also turned its back to the legacy of Deng Xiaoping, one of the most important actors for the country's emergence as the significant powerhouse it is today. After adopting an imperial attitude, China is now showcasing an image that has moved away from its founding philosophy in order to carry water to the U.S.’ mill.

China is reinforcing the perception that it is a colonial state, especially in Africa, making us forget that it is a "People's Republic" with its aggressive attitude towards purchasing companies, ports, mines and agricultural lands all over the world and with its greedy collector image towards controlling underground and aboveground riches through long-term agreements that have been signed with desperate countries in exchange for building infrastructure. Therefore, today's Chinese management needs to re-prioritize Deng Xiaoping’s heritage and go back and review what it has done for the last 15 years.

For China, if the United States is an element of global instability and the center of hostile attitudes, then it should face the fact that it is itself becoming a country that has begun to repeat the American hegemon attitude and style that Beijing increasingly criticizes. China needs to look at itself in the mirror.

Deng, who gave a speech at the United Nations in April 1974, provided the following message: "If China one day changes its color and tries to turn into a superpower, trying to be a tyrant of the world, the citizens of the world, together with the people of China, must oppose China’s 'social-imperialism.'" Where is Xiaoping’s revolution that brought China to where it is today?

China is getting carried away with its Western imperialism by insisting on the national security bill in Hong Kong, which is just serving the U.S.’ purpose, as it wants to attract a second Cold War period. China can escape the issues that it sees as its weak spots by increasing its cooperation with India and Turkey, which have both entered into a rise and rotation process of national sovereignty. Otherwise, an increasingly imperialist-looking China will unfortunately to fall into a vortex, alone.

On move with strategies

The COVID-19 outbreak highlighted critical issues in all 205 countries it affected, showing the challenges of becoming a self-sufficient nation against new possible global crises that can happen.

The countries that are active in the fields of agriculture and food, internet infrastructure, general health screening and the health literacy of its citizens, trained their human capital with health infrastructure and superstructure, supply chains and research and development in production technologies. They have inspected their resources and capabilities and will undoubtedly continue to focus heavily on these areas over the next five to 10 years.

The circular published in the Official Gazette on April 13, 2019, calling for the urgent preparation of national and provincial plans against a possible global virus outbreak, shows that Turkey's worldwide-applauded success is no coincidence.

This is why the Science, Technology and Innovation Policies Council started working on "strategic issues" such as food supply security, biosafety, cybersecurity and communication infrastructure, medical devices, and medicine and vaccines. The concepts of sustainability and self-sufficiency have been prioritized by the pandemic, on one side for the world economy, and on the other for the development of smart agricultural technologies and the protection and development of Turkey’s arable land and water resources, in terms of sustainability in farming and food.

The Sera A.Ş. project introduced last year by Treasury and Finance Minister Berat Albayrak is part of this process. For Turkey, whose population is expected to approach 90 million between 2023 and 2025, 95 million by 2030, and 112 to 120 million by 2060, in addition to tourist numbers reaching 70, 100, and 150 million during the same periods, "food supply security" points to an immensely sensitive priority.

Observing the global trends and the emerging global needs and blockages in food supply security, biosecurity, cybersecurity, communications infrastructure, medical devices medicines and vaccines, Turkey should draw up a realistic roadmap by mobilizing all of its scientific, academic, technical and production-based facilities and capabilities, taking the inventory of all its organizations, companies, and entrepreneurs conducting serious research and development activities in the field, and putting its opportunities and risks, strengths and weaknesses on the table.

We will be looking forward to the details that will be prepared from the cooperation of the private sector, academia, and the public that will be presented for the appreciation and evaluation of President Recep Tayyip Erdoğan at the end of the summer.