The UN Security Council is on autopilot 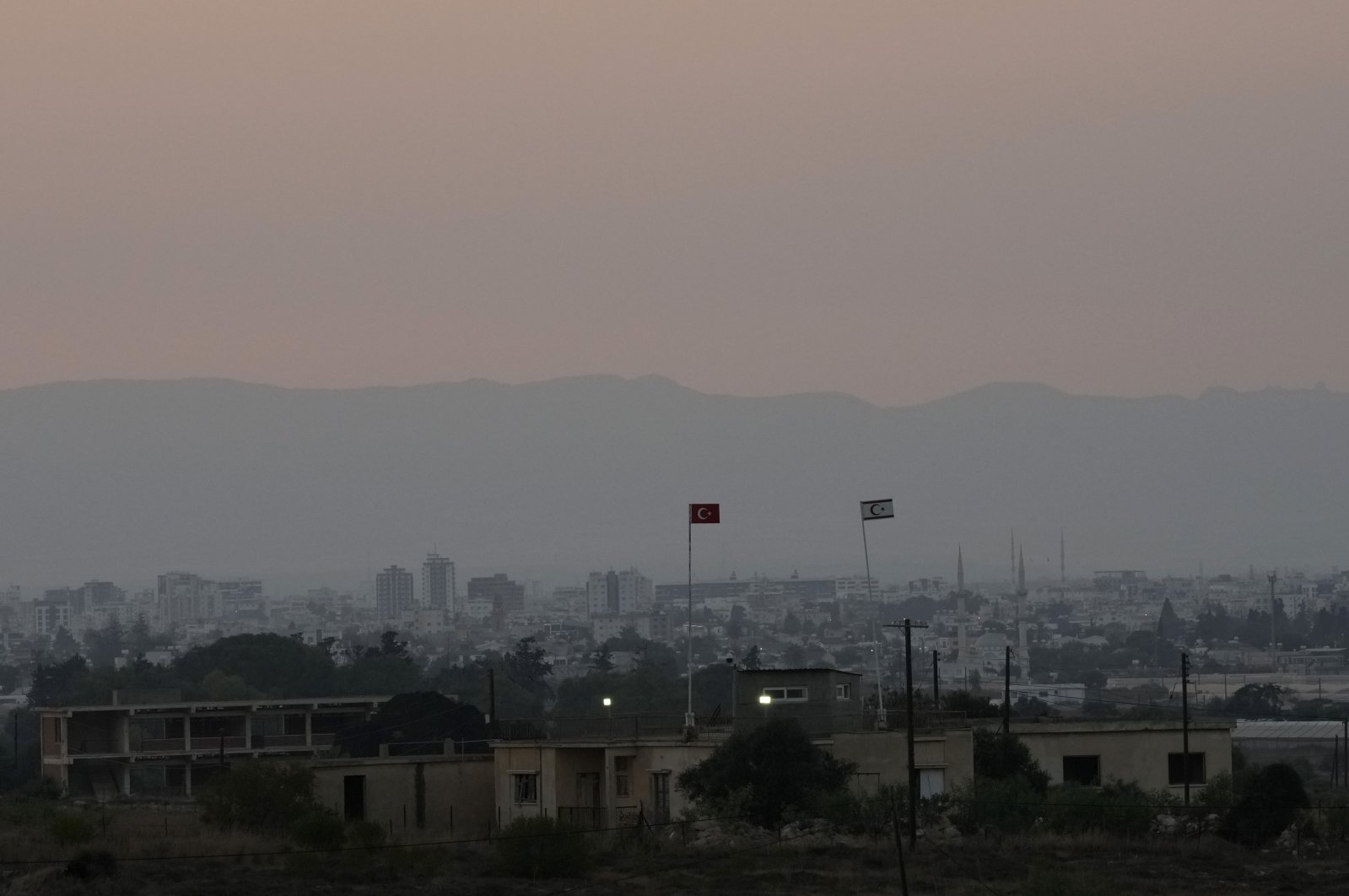 A Turkish military guard post with a Turkish flag (L) and Turkish Cypriot flag with Maraş (Varosha) in the background, prior to the Turkish President's visit to Turkish Cyprus, in Dherynia, TRNC, July 19, 2021. (AP Photo)
by Hakkı Öcal Jul 26, 2021 12:05 am

The UNSC has condemned the decision to "reopen Maraş (Varosha) section." But in fact, there is no reopening on the island. Maraş is already part of the Turkish Republic of Northern Cyprus (TRNC) and wide open to its rightful owners

As if 47 years had not passed; as if all those years have not witnessed murder on both sides ... As if the passing time has not proven that the bi-zonal, bi-communal federation once called the Cyprus Republic was a simple hope for the impossible, a castle built in the sky, promising the moon.

Now, the United Nations Security Council (UNSC), cowed to the U.S. and EU pressure based on mindbogglingly senseless arguments and fears presented by the Greek government and the Greek Cypriot side, is playing, once again, that losing game. The issue seems to be “the reopening of Maraş (Varosha) section of Famagusta province (renamed Gazimağusa after the Turkish peace operation in 1974)." The UNSC has condemned the decision and called for “the immediate reversal” of this unilateral action, warning that it could raise tensions on the divided Mediterranean island.

One wonders if the distinguished delegates of Niger, Tunisia, Saint Vincent and the Grenadines, Vietnam and Estonia read any document other than the Greek and Greek Cypriot presentations on the issue before calling on the Turkish side not to “open” the Varosha district to settlement. Nobody is opening or reopening any area in Cyprus. The Maraş (Varosha) section of Famagusta is already part of the Turkish Republic of Northern Cyprus (TRNC) and is wide open to its rightful owners.

After Turkey’s military operation to save the Turkish population from extinction at the hands of the Greek coup leaders and Greek Cypriot militias, Turkish armed forces took control of Famagusta and put an end to the massacre. The army commanders warded people off from residing in the high-rise apartments in the neighborhood because they were right on the green-line between the Turkish and Greek sector and within the shooting range of the Greek militia.

Maraş is not a “walled” quarter; nor was it kept as a bargaining chip. Bargaining for what? Turkish Cypriots were happy to be saved from annihilation; they would not negotiate anything with anyone.

However, the Maraş neighborhood was the modern touristic part of the city. All the Greek-owned high-rise apartments and other beach-front properties were subject to cases for compensation filed by owners to the Immovable Property Commission (IPC) of TRNC. Unfortunately, those pending cases and the TRNC’s protective measures turned the area into a “ghost town.”

The TRNC partially reopened the area on Oct. 8, 2020, and renewed its call to Greeks to come forward and claim their properties. However, the Greek Cypriot administration has been preventing this, punishing those who are getting in touch with the TRNC. Last year, several Greek Cypriots sued the state of Cyprus to receive compensation for their financial losses.

The distinguished members of the UNSC should now ask themselves why on earth this issue of property rights of 425 plots on the Maraş beach front on Cyprus appeared on their agenda but not, for instance, the issue of 1 million Afghan people leaving their mountain-view properties in their country and seeking refuge all over the world?

Seeking a fairer approach to the Cyprus issue, Turkey and Turkish Cyprus have proposed establishing a cooperative relationship between the two states on the island, both enjoying equal international status; and in only three days, the issue of Maraş popped up on the agenda of the UNSC. Impressive speed for an international organization that has not discussed the future of Afghanistan after the U.S. withdrawal.

The members of the Council should think about the wording of the Presidential Statement. Is it consistent with the realities on the island? If no “opening” is happening and the property rights of everybody, Greek, Turk, American and British, have been guaranteed for the last 47 years, then who is pushing this issue onto the desks of Security Council?

Not only the members of the UNSC but all members of the U.S. Congress should also forget about that pie in the sky called the Cyprus Republic and instead start evaluating the realistic initiative of two states on the island with equal statuses. This formula is called the two-state solution; it is not like occupying Crimea or Abkhazia and South Ossetia or trying to annex the West Bank, East Jerusalem and Gaza. Turkey has not occupied the land of the Cyprus Republic. The Greek military regime annexed the independent Cyprus into Greece proper in 1974. Since then, the U.N.-member Cyprus only exists on paper.

The just and fair people in the U.N. and everywhere should turn off their autopilots and take control into their own hands, now. Otherwise, they will just be fooling themselves.