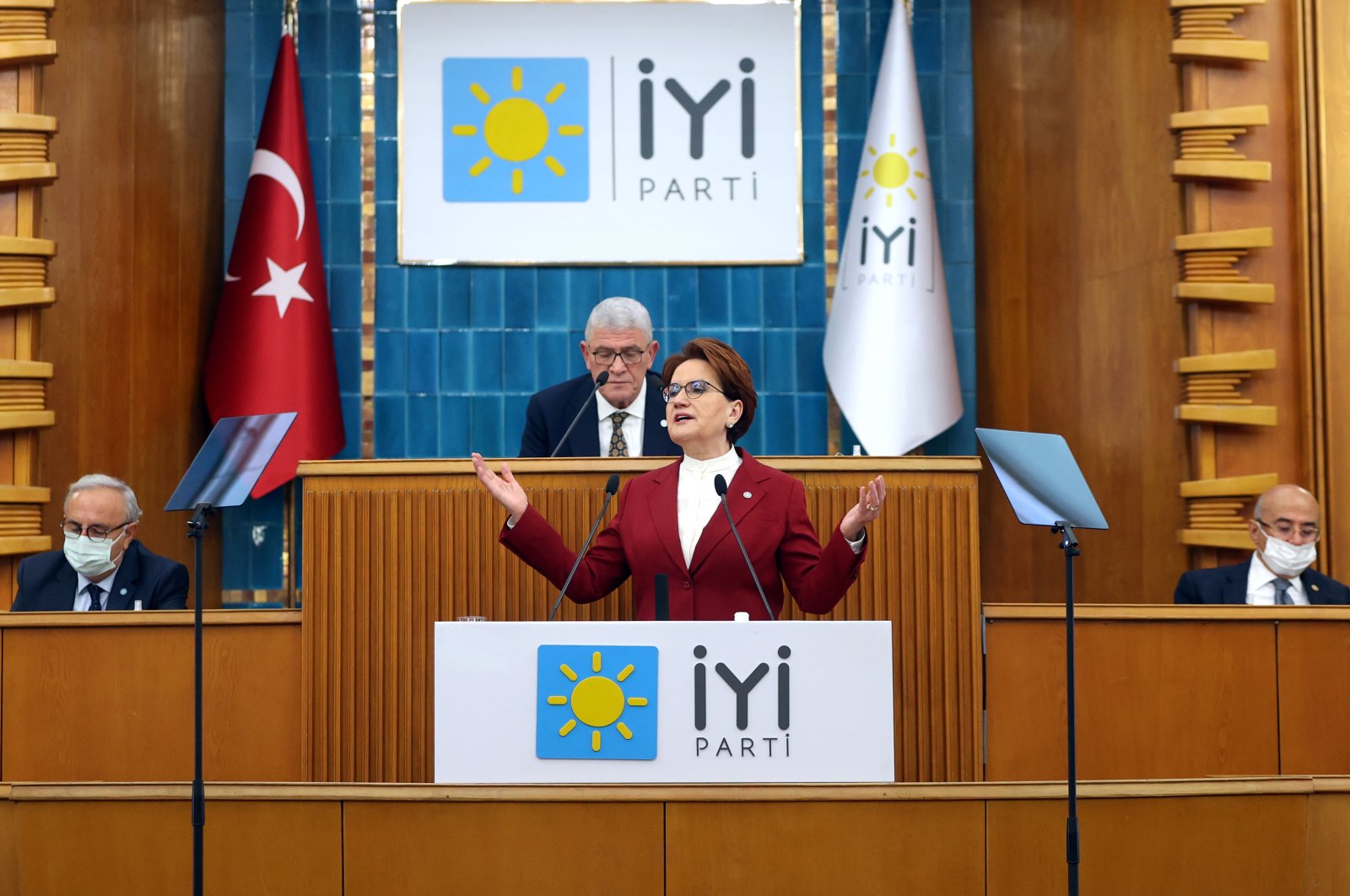 Intra-alliance rifts have entirely preoccupied the opposition, but no one could have guessed the bloc would fall apart so soon

There is countrywide excitement for the 2023 presidential elections in Turkey. The campaign process has already begun as both the government and the opposition kicked off visits, meetings and more. Likewise, the political discourses continue to get harsher every day. According to the polls, even those conducted by the opposition, the ruling Justice and Development Party (AK Party), which has been in power for 19 years, is ahead by far.

Another issue that all the polls have in common is that the main opposition Republican People's Party (CHP) and the Good Party (IP), which make up the Nation Alliance, need the support of the separatist Kurdish nationalist Peoples’ Democratic Party (HDP) to overthrow President Recep Tayyip Erdoğan.

However, the CHP-IP-HDP partnership, which looks simple on paper, has faced difficulties due to the political incompatibility between the HDP and the IP, which didn't fare well in the last local elections. These complications have already started to shake the alliance.

It all started when the IP, which received votes from middle-class Turkish nationalists, recently voted "Yes" on the military bill extending the existence of the Turkish Armed Forces (TSK) in Iraq and Syria, contrary to the stance of the alliance. IP Chairperson Meral Akşener’s bill decision has been interpreted as a tactic to preserve voters, which increased with racist rhetoric including anti-immigration discourse.

However, CHP Chairperson Kemal Kılıçdaroğlu, who voted "No" with the HDP on the parliamentary motion, also accused those who said "Yes" of treason. Akşener, on the other hand, instead of targeting Kılıçdaroğlu openly, blamed the HDP, with which the CHP acted. The IP chairperson stated that their party sees the HDP as the PKK, which is listed as a terrorist organization by the United States, the European Union and Turkey.

Amid the irreversible crisis in the Nation Alliance, which aspired to defeat Erdoğan at the ballot box and lead Turkey, another crisis was prompted at the public level. Lütfü Türkkan, an IP lawmaker and heavyweight known for his constant scandals loaded with radical Turkish nationalist discourse, was caught on camera abusing a citizen, who was close to a martyr, with his bodyguards in the predominantly Kurdish province of Bingöl in eastern Turkey.

Since then, across the board, from politicians to media, from veterans to martyrs’ relative associations and women’s organizations, there has been a wave of anger in response. The more-than-controversial deputy first denied the incident but later apologized when the camera footage came to light. Akşener backed him by calling the incident a “conspiracy,” targeting the victim and the media. Her support further deepened the crisis.

Türkkan resigned from his administrative position in the IP; however, it was not enough to quell the reactions as the debate has now turned into a common problem for the entire Nation Alliance. From now on, every move Akşener makes to please the nationalist electorate will drag the relationship between the CHP and the HDP, its partners in the Nation Alliance, into the discussion. As with the recent bill crisis, some disagreements are likely to occur between the two fronts.

After all, the Nation Alliance is not a coalition but an electoral alliance. The alliance’s partners share the same goal, which is to defeat Erdoğan. However, that does not mean that there are no limits for alliance members. Even if we ignore the HDP’s reaction, it’s unlikely Akşener will accept being marginalized after years of supporting the IP.

Meanwhile, the Nationalist Movement Party (MHP), which lost some of its voters to the IP, is watching these crises from afar. There are still 1 1/2 years until the 2023 elections. What else will happen? I guess no one expected that the Nation Alliance, which seemed to have gained some momentum, would break down so soon.