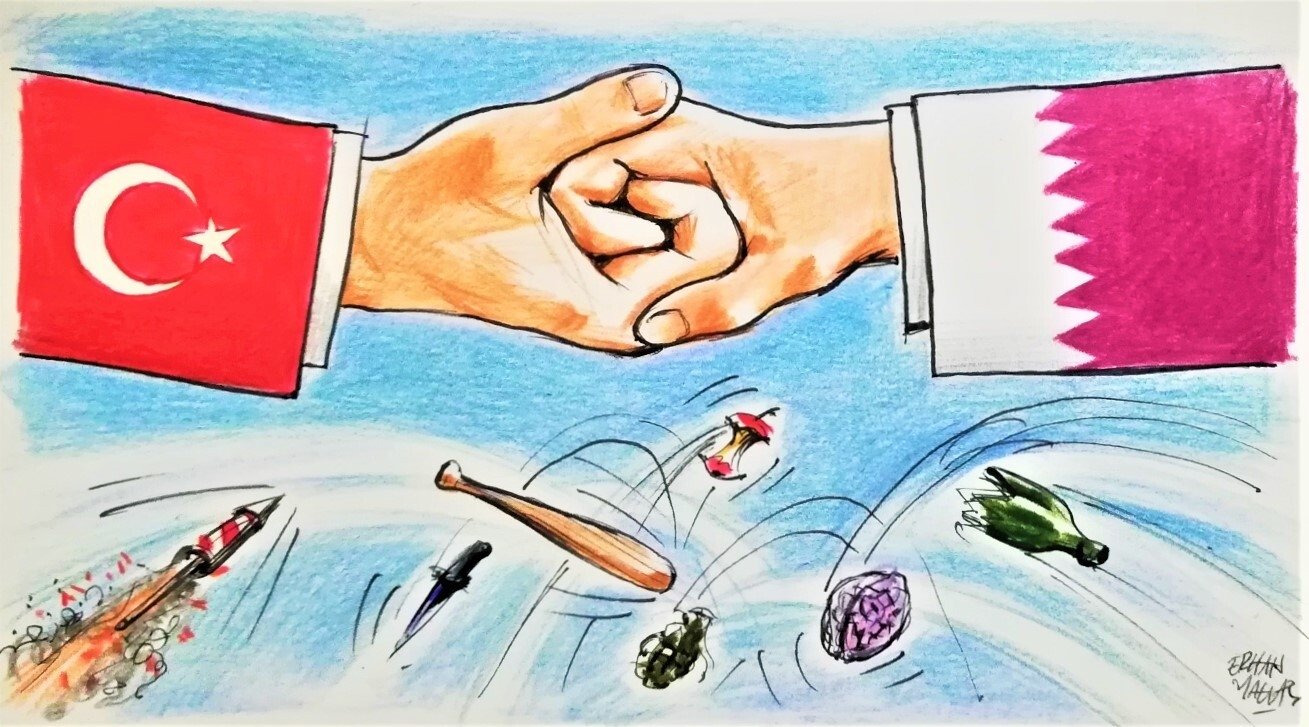 The Republican People’s Party (CHP) and the Good Party (IP) have been saying for some time that a tank factory was sold to the State of Qatar on the cheap. Visiting that facility on Friday, Turkish President Recep Tayyip Erdoğan explained that the factory remained the Treasury's property.

It was allocated to the Ministry of National Defense and belonged to the state. Erdoğan added that a Turkish company was currently managing the factory and the State of Qatar owns 49% of that company.

Finally, the president announced that the tank factory, where Turkey manufactures the next generation of T-155 Fırtına howitzers, will have the battle tank Altay ready for the Turkish Armed Forces (TSK) by early 2023.

Will the opposition stop making allegations involving the State of Qatar? It is highly unlikely. The opposition leaders won’t just turn their back on the trilogy of accusations, lies and intimidation – which I expect to be their bread and butter until the 2023 elections.

Most recently, the main opposition CHP was caught in a lie about the government allowing Qatari students to study medicine in Turkey without having to take any qualification exams – a claim originally made by T24, an online newspaper, which has since issued a correction – and doubled down on it.

That lie was disseminated right before a national university placement examination. CHP chair, Kemal Kılıçdaroğlu, had no problem complaining that Turkey, a thousand-year polity, looked more and more like “Qatarstan” – adding that “our own children waste their youth trying to get into those same schools.” He conveniently ignored that Turkey has similar agreements with more than 20 countries.

The CHP officials, however, seem to be particularly determined to discredit Qatar in the public eye. They appear to be especially opposed to Qatari investments in Turkey. There is no reason to believe that the main opposition party suffers from a rigid form of xenophobia – which does not question the source of foreign capital.

Indeed, the top foreign investors in Turkey happen to be the Netherlands, the United States, Britain, Austria and Germany. Judging by the increasingly close cooperation between Turkey and Qatar, one would have assumed that Qatar would be somewhere on that list as well.

What is the real reason?

Could it be that the CHP leadership dislikes Qatar due to some anti-Arab sentiment deep down? Despite the prevalence of orientalism among some secular Turks, not to mention their tendency to insult Arabs and their opposition to Syrian refugees, I do not believe that’s likely either. If that were the case, the main opposition party would not be sending warm messages to Bashar Assad’s regime in Syria. At the very least, they would also target the United Arab Emirates (UAE), whose regional policy remains hostile toward Turkey.

Unless the UAE ceased to be an Arab country in the eyes of Turkey’s opposition leaders, by virtue of its hostility toward the AK Party government, their exclusively anti-Qatar campaign hints at another issue. No, the opposition is not opposed to foreign capital. Nor does it engage in anti-Arabism.

They merely dislike Qatar’s policy because it happens to be in sync with the foreign policy of Erdoğan’s Turkey. They are also unhappy with the positive outcome of the Turkish president’s leader-to-leader diplomacy with Qatar’s Sheikh Tamim bin Hamad Al Thani.

To be clear, the increasingly close cooperation between Turkey and Qatar is rooted in mutual interests. Turkey supported Qatar during the Gulf states’ blockade and defended that country from an attempted coup d’état and civil war. Qatar, in turn, mobilized against those parties seeking to destroy the Turkish economy. Why would anyone take issue with that relationship?

Such angry opposition to the common interests of one’s own nation is a problem that consolidated democracies do not experience. It appears that Turkey’s opposition parties suffer from something far worse than xenophobia, racism, ideological bigotry or Orientalism. Their condition is self-alienation and self-hatred.