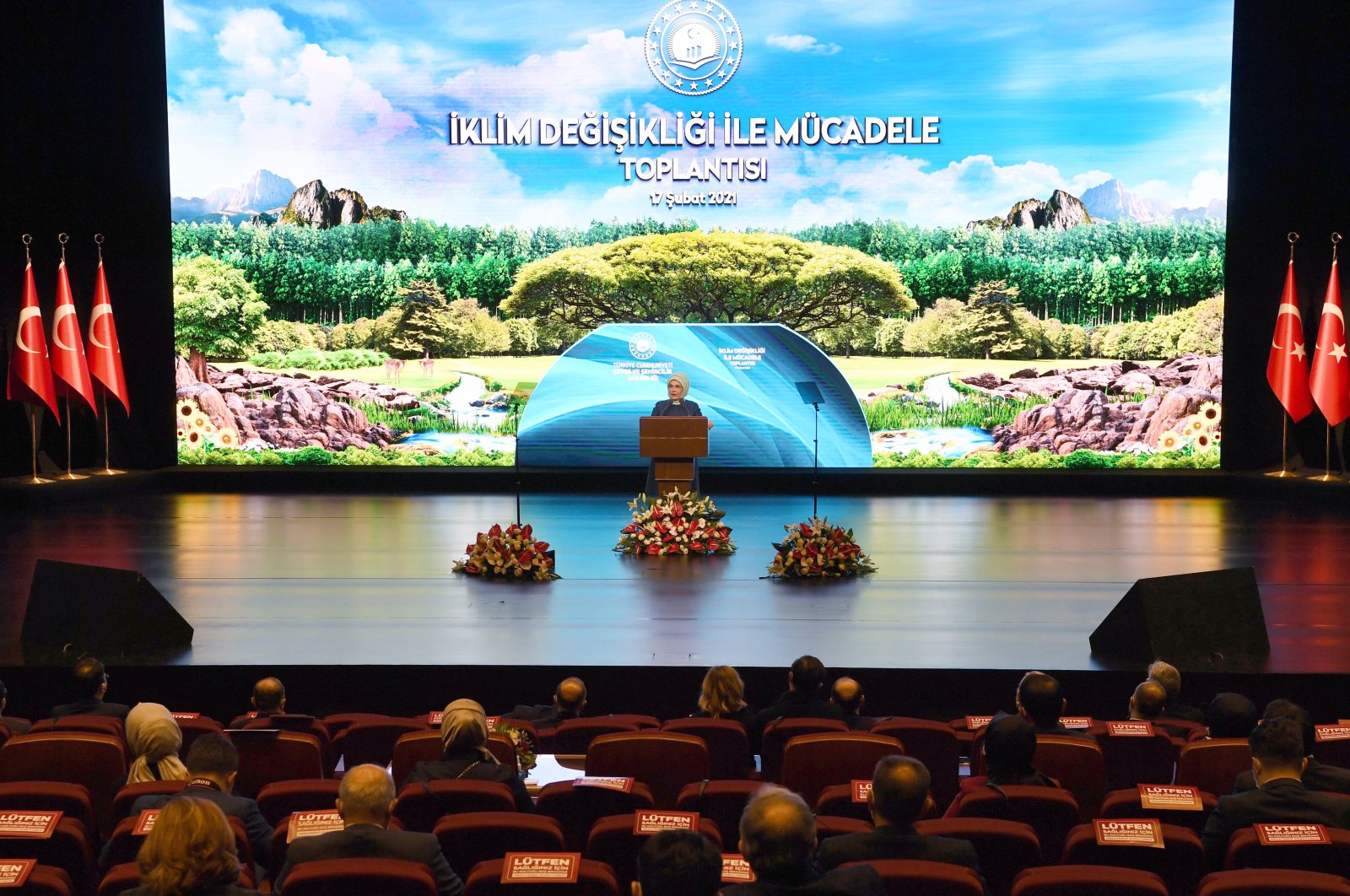 The declaration is the culmination of years of hard work and discussions between an array of nongovernmental organizations (NGOs) and the government.

In the meeting, Kurum and first lady Emine Erdoğan made resonating speeches. Erdoğan is known for her efforts to save the environment. She launched the Zero Waste Project in 2017 and has since played a pivotal role in awakening the nation's environmental consciousness.

In her speech last week, the first lady expressed the importance of developing a new culture of living in the face of climate change. She drew attention to the increasing number of natural disasters that have taken place around the world and listed the unusual climate events that Turkey has recently experienced.

A particularly important point the first lady made during her speech was the environmental impact of all of the masks and plastic gloves intrinsic to our lives during the pandemic. The protective gear poses a great threat to the environment and increases the risk of pollution. "The U.N. figures show almost 75% of pandemic-related waste will pollute waters and fill the garbage dumping grounds,” she said.

The declaration laid out an adaptation strategy and action plan which encompasses how the country will interact with the world while championing environmentally friendly products, investments and waste strategies among other things.

The ruling Justice and Development Party (AK Party) is proactive and willing to take the necessary steps to become one of the world's environmentally friendly countries. It played a role in a framework agreement by the United Nations on climate change and signed the Kyoto Protocol in 2009.

In 2011, Turkey's first action plan against climate change was issued, and it signed the Paris Agreement in 2016 which has yet to be ratified. There are plans currently being made to help the nation adapt to climate change, including building smart cities and starting zero waste programs.

Kurum pointed to climate-sensitive and energy-efficient residential areas. From his speech, I learned that the Housing Development Administration of Turkey (TOKI) will implement zero waste practices and use renewable energy resources.

The Zero Waste Project oversees nationwide recycling programs and aims to increase the amount of waste recycled to 60% by 2035. The project will come into force across the entire country within two years.

There are also plans to increase the share of renewable energy to variate electricity resources. Among many other goals, including efforts to save water, it plans to cut the use of fossil fuels in construction to 25% by 2023.

There are many dimensions to consider when implementing these new strategies. First and foremost, a new consciousness must be awakened in the people. There should be additional classes in schools providing students environmental education and increasing their sensitivity to the subject.

The Turkish government is willing to elevate its consciousness and lead the rescue mission to save the environment. But a lot needs to be done, and the private sector must back the government if we are to achieve successful results.