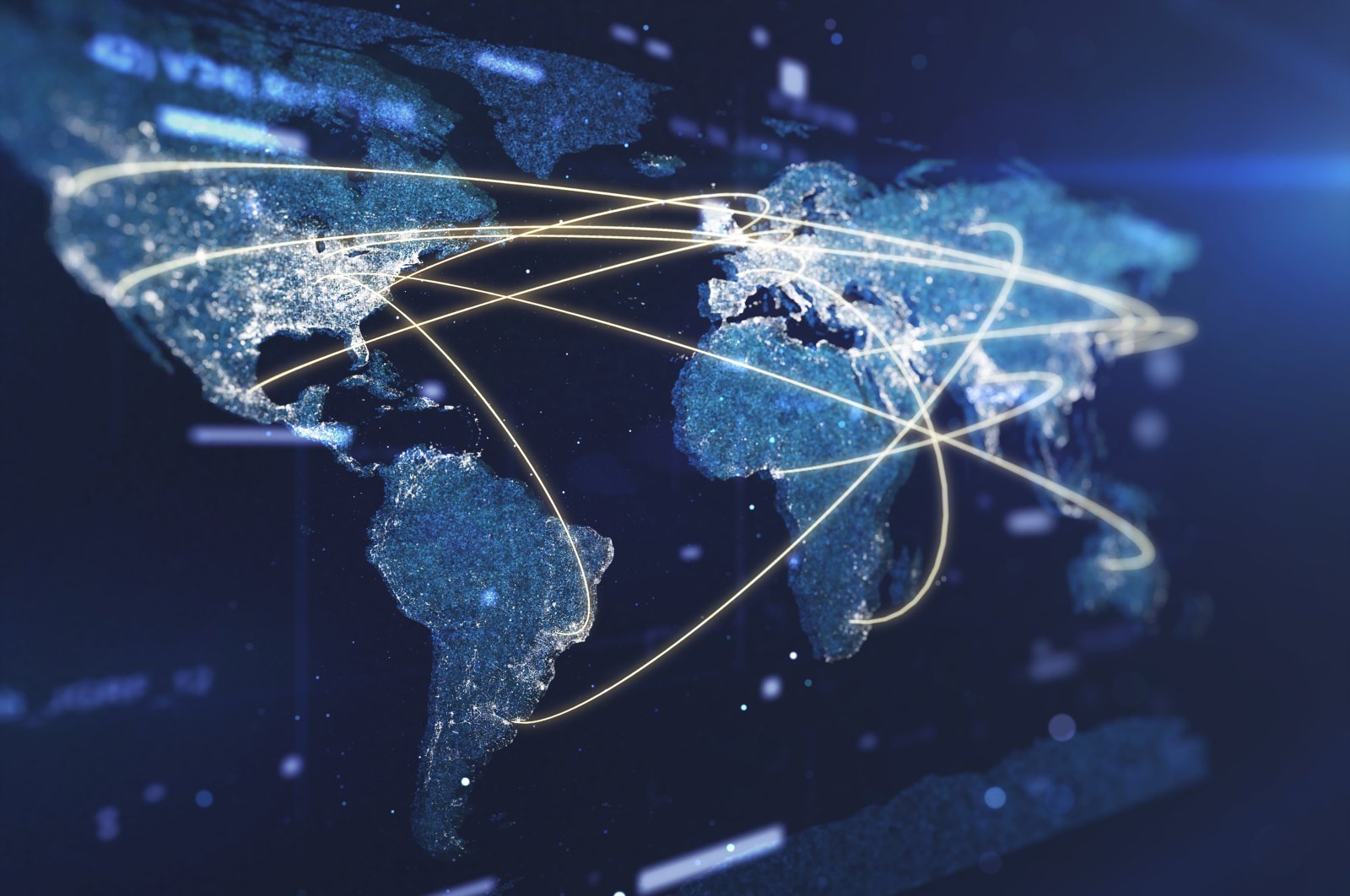 A photo illustration shows the connections between countries on a world map. (Photo by Getty Images)
by Muhittin Ataman Nov 17, 2021 12:05 am

The American-led Western hegemony is increasingly being challenged by emerging global and regional powers such as China, Russia, India, Brazil and Turkey. Among all other countries, China and Russia are the most potent challengers since only they have the required military, political and economic power to counterbalance the Western global dominance. Recently, these two countries have expanded their influence on a global scale, including the backyard of Western global powers.

Moscow's are of influence

On the one hand, the Kremlin has been expanding its influence not only in the Middle East, but also in the Eastern Mediterranean region. Russia first consolidated its power in its traditional vicinity, namely Transcaucasia, also known as the South Caucasus, and Eastern Europe. It has punished all pro-Western governments in the region, such as the post-Viktor Yanukovych government of Ukraine, Mikheil Saakashvili of Georgia and Nikol Pashinian of Armenia. Then, it began to expand its political, military and economic presence in the Syrian and Libyan crises. Thus, after realizing its long-time target, reaching the warm seas, Russia has come close to the containment of the Western European countries.

On the other hand, China has been heavily investing in economic sectors worldwide. It has bought many strategic seaports in different continents, including Europe, to control the world trade routes. As expected, after it has consolidated its economic preponderance, China will translate its economic power into military and political power. However, the timing of this transfer will be determined by China. Despite the insistent efforts of the West, China has been resisting all Western provocations with its Confucian patience. As in the case of Afghanistan, China will increasingly undermine the Western world. China has been trying to improve its relations with all countries, such as Russia and Iran, ostracized and alienated by the West.

The West considers the cooperation between Russia and China as natural and given. However, considering the historical heritage and civilizational background, it is evident that the nature of the Western-Russian fight is quite different from the Western-Chinese conflict. While the conflict between the West and Russia is intra-civilizational, the West's conflictual relationship with China is inter-civilizational. Therefore, if the West wants to develop a strategic vision to maintain its global hegemony, it has to follow a containment policy towards China. For the West, one of the most effective strategies for containing China is improving its relations with Russia and pursuing a policy that will separate Moscow from Beijing. However, there is no clear sign of Western intention of detaching Russia from China.

Considering the transition of the global system and changing nature of global problems, and the emergence of new threats such as the rise of violent non-state actors, climate change, international terrorism, international migration and global pandemics, Western countries have to increase multilateral efforts to overcome them. However, Western countries' current mainstream political understanding does not allow them to follow a strategic policy that will maintain their hegemony. Instead, the rise of ultra-nationalism, racism and xenophobia has led Western countries to pursue autarchic, inward-looking unilateral policies.

It will be quite difficult for the West to overcome the paradox created by their ideology and their national interests. As an example, considering all the developments mentioned above, it is necessary for the U.S. to be part of global institutions and multilateral platforms. However, at a time of domestic political polarization after the emergence of "Trumpism" in American politics, it will be difficult for the U.S. governments to pursue cooperative and multilateral policies. That is, it will not be easy for the U.S. to overcome its long-time isolationist and unilateral policies.

Furthermore, Western countries have been trying to alienate many countries worldwide via their unilateral and hierarchical outlook. Although they have lost their leverage in many regions, they still want to speak their traditional and peremptory language and accordingly act quite the opposite. It seems that the West has lost its inclusive global perspective. For example, the otherization of allies such as Turkey indicates the lack of strategic vision of the Western countries, the U.S. in particular. In other words, the West cannot achieve its goal of maintaining its global dominance without the support of its allies.