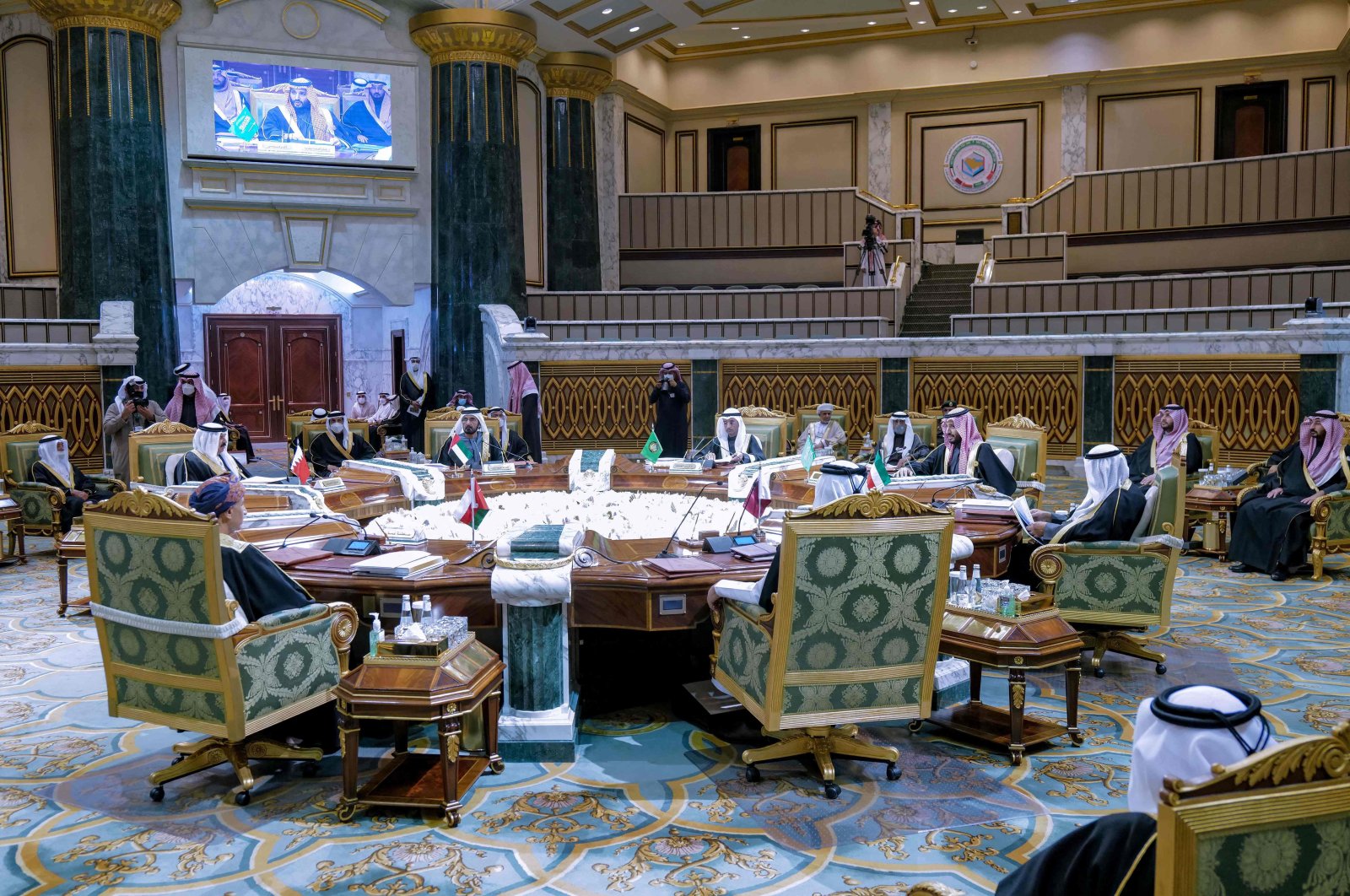 The Gulf states undertook huge transformations in their foreign policy in 2021.

First, after U.S. President Joe Biden came to power, the “global alliance,” established under the auspices of his predecessor Donald Trump, collapsed. The interventionist Gulf states, namely the United Arab Emirates (UAE), Saudi Arabia and Bahrain, have begun to restructure their foreign policies. They normalized their relations with Qatar during the Gulf Cooperation Council Summit Meeting in Saudi Arabia and reestablished diplomatic relations with Qatar. In addition, some Gulf countries have consolidated their normalization with Israel through several high-level visits.

Second, the U.S. has decided to withdraw from Afghanistan and has left the country to the Taliban. This has damaged the American credibility in the Middle East, which has led the Gulf states to worry that Washington could forgo its relations with them as well. This has led the Gulf states to find alternative partners and diversify their foreign relations. The Gulf states have begun to prefer improving relations with regional countries, with which they have a more symmetrical relationship. Therefore, they have sought to cooperate with regional actors rather than global powers.

Third, the members of the “globe alliance” inspired by Trump have realized that their interventionist and irredentist policies were not sustainable. They have failed in responding to regional crises such as Qatar, Yemen, Libya and Sudan and decided to disengage from these crises. They have abandoned their strict otherization policies toward other regional actors and decided to deescalate tension in the region.

Fourth, the pro-status quo Gulf states have suppressed several political movements and actors in the Arab world such as the Muslim Brotherhood and affiliated organizations and have secured their regimes at least for the midterm. In other words, by the end of 2021, they face fewer threats from oppositional actors. They no longer consider these actors as one of the main sources of tension in the region. This situation is also among the reasons for the normalization.

Continuity in the Gulf

The UAE, Saudi Arabia and Bahrain have initiated efforts to consolidate their “modernist” and “secular” political systems. Thus, these monarchies have come to resemble the pre-Arab Spring traditional republics, abolishing the traditionalist-modernist dichotomy of the 20th century in the Arab world. The Saudi kingdom is a typical state experiencing this change. For instance, Crown Prince Mohammed bin Salman (MBS) has centralized all of the political and economic power in his hands. He has sidelined both the Al Saud and Al Sheikh families, two traditional ruling families in Saudi history.

As a reaction to these changes, political and social divisions have increased within the Gulf states. The Gulf administrations have begun to worry about the future of their survival. The heavily unemployed youth, in particular, who socialize on social media and are aware of political developments in other parts of the world, has emerged as one of the most critical dynamics in the Gulf.

Furthermore, effective Gulf diasporas belonging to different social and ideological segments of their societies have emerged during the post-Arab Spring period. Most of these diasporas have taken refuge in Western countries and have established networks to influence politics in their home countries.

On the one hand, Qatar, Kuwait and Oman have refused to follow the footsteps of the “globe alliance.” However, these three countries have been following different policies. While Qatar has continued to pursue its relatively independent foreign policy, Kuwait and Oman have continued their cautious and neutral stances. Meanwhile, there are also increasing differences and conflicts between the UAE and Saudi Arabia. For instance, these two countries follow different and conflictual policies toward the Yemeni crisis. While the UAE has been very keen on normalization with other regional states such as Turkey, Iran and Israel, Saudi Arabia, which feels vulnerable in domestic politics, has been very timid and uneasy since Riyadh has many concerns regarding its relations with rival countries.

In addition, the Emirati and Saudi domestic political setting is not monolithic. There are many power circles in Saudi Arabia that can mobilize societal forces against Saudi foreign policy initiatives. Although the crown prince has eliminated many rival princes from the ruling family and many individuals from strong tribes, there are still many potential oppositional figures that may challenge his authority. Even the UAE is not monolithic in domestic politics. Even though Abu Dhabi is the dominant actor in both the domestic and foreign policies, other emirates such as Dubai, Sharjah and Fujairah think and behave differently from Abu Dhabi in many issues. For example, Dubai is the leading emirate that invests in Turkey and conducts trade with Iran.