What will the destiny of alliances be in Turkey's elections? 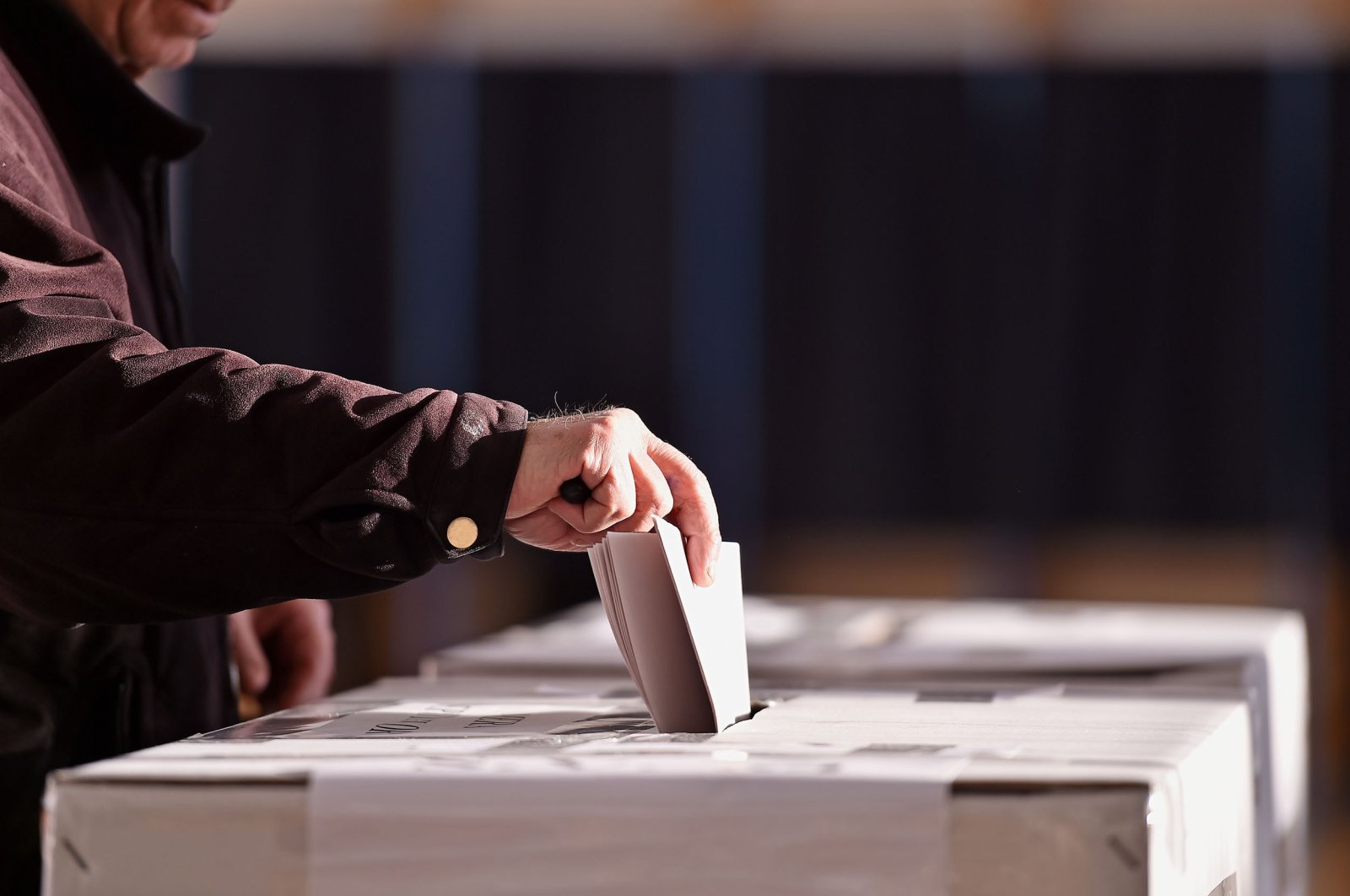 A person casting a vote into the ballot box during elections. (Shutterstock Photo)
by Burhanettin Duran
Sep 04, 2021 12:05 am

Ankara decided to decrease the electoral threshold from 10% to 7%

The ruling People’s Alliance agreed to decrease the electoral threshold from 10% to 7% as part of ongoing talks regarding Turkey’s electoral system. The announcement, which President Recep Tayyip Erdoğan made on his way back from Bosnia-Herzegovina, was unequivocally endorsed by Devlet Bahçeli, the Nationalist Movement Party (MHP) chairperson.

The Republican People’s Party (CHP) and the Good Party (IP) are yet to respond to that announcement. Leaving aside the obvious cliches, like calls for the threshold’s abolishment, neither opposition party has a reason to object. The 7% threshold would still force fringe parties to join electoral alliances. Since the proposed threshold would still help them keep challengers like Muharrem Ince and Ümit Özdağ at bay, the major opposition parties are unlikely to object to that arrangement.

There are other questions about the new electoral law that are necessary to comply with the presidential system: Will there be single-member or "narrowed" districts? Will electoral alliances operate the same way? Could Turkey replace the current rules for alliances with a "strategic alliance" approach, whereby each party keeps its own votes? What about the introduction of an intra-alliance threshold? The real public debate will start if the Justice and Development Party (AK Party) and the MHP shake hands on a law that answers those questions.

The current rules that govern electoral alliances in Turkey encourage the formation of fringe parties. Politicians who deem themselves capable of receiving 0.5% or 1% of the national vote form their own parties in order to negotiate terms with the major players – because the winner needs more than 50%. That incentive, in turn, causes fragmentation in the party system. Brazil, where 30 political parties entered the Chamber of Deputies in 2018, immediately comes to mind.

That process of fragmentation was largely avoided in Turkey due to the "Erdoğan factor.” The People’s Alliance believes that its support for Erdoğan serves as a glue – whereas the Nation Alliance relies on anti-Erdoğanism. It is possible, however, that fragmentation has already become more likely.

Whereas eight political parties contested the 2018 elections, there are currently representatives from 13 parties in the Turkish Parliament today. The fact that dozens of parties are represented does not improve the quality of democracy. Quite the contrary, that trend has a corruptive influence as it encourages divisions, causes a focus on individuals and drives hard bargaining for seats. For the sake of the long-term stability of Turkey’s political system, it is useful to engage the question of an intra-alliance threshold.

At the same time, members of the Nation Alliance compete over the presidential nomination. IP Chairperson Meral Akşener offered a symbolic endorsement to Istanbul Mayor Ekrem Imamoğlu by likening him to Mehmed the Conqueror.

CHP Chairperson Kemal Kılıçdaroğlu responded by announcing that multiple candidates from the Nation Alliance may join the 2023 presidential race. By distancing himself from his earlier statements, which suggested that the Nation Alliance was going to endorse a single candidate, the main opposition leader thus kept himself in the spotlight, whilst pushing away his own party’s mayors.

His latest statement, which effectively meant that the opposition alliance would not endorse a single candidate in the first round, hinted at the thinly veiled competition between Kılıçdaroğlu and Akşener. Accordingly, the former politicians seek to unite the opposition around the idea of adopting an “augmented” parliamentary system and finding the right presidential candidate for that job. In other words, the main opposition leader seeks a champion, who will somehow defeat Erdoğan and transfer his powers to a still anonymous prime minister and the Parliament.

For the record, singing the praises of a candidate with “self-restraint” won’t reduce a popularly elected president, who received more than 50% of the vote, to a symbolic placeholder. As such, Kılıçdaroğlu’s romantic idea of a “transition” period goes against the very nature of politics and power. In this sense, the broad coalition that he attempts to form seems to promote “coalitional presidentialism” instead of a return to parliamentarianism.