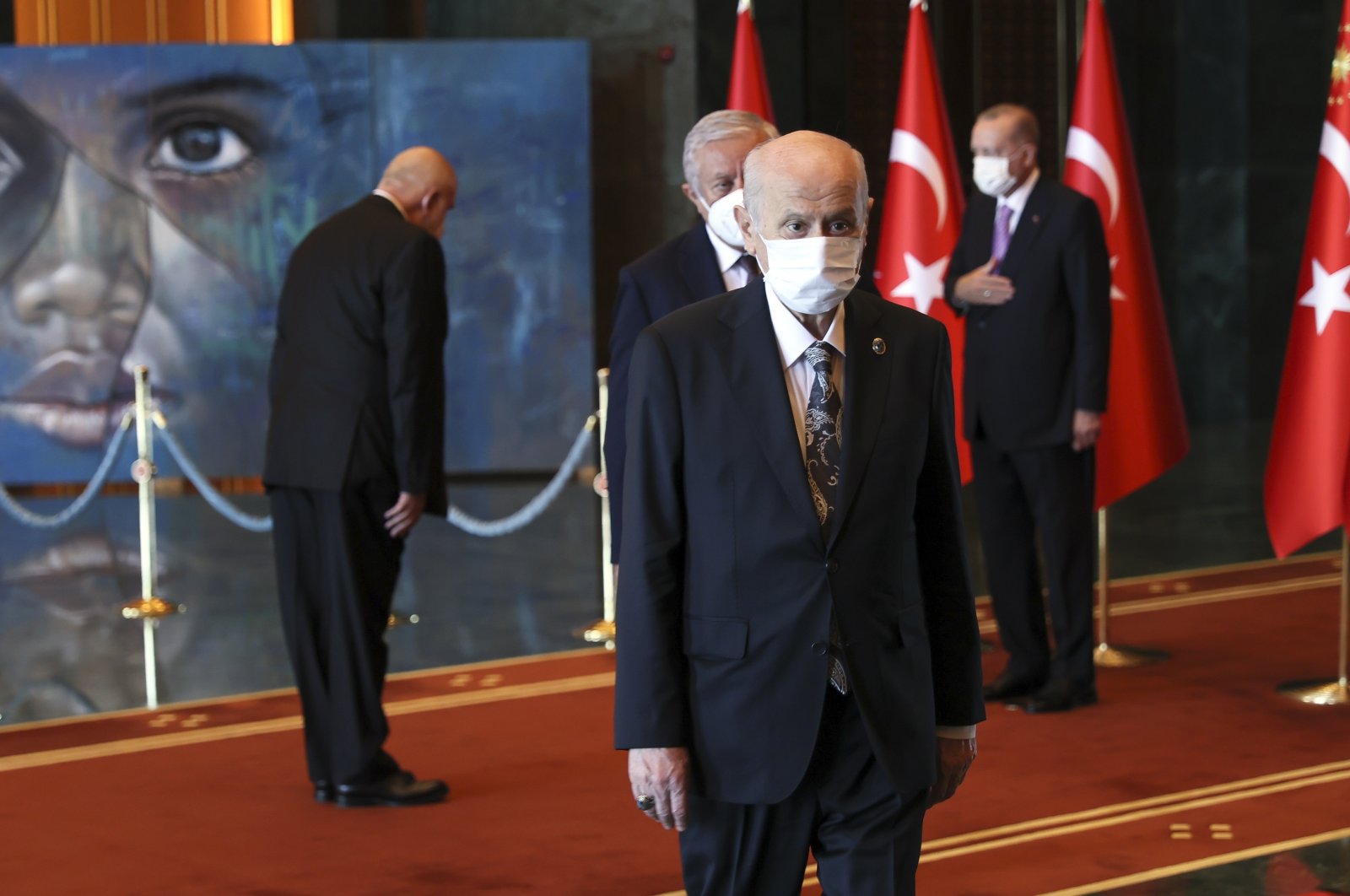 Commenting on President Recep Tayyip Erdoğan's recent statement that "Our friends have not yet taken the final decision of our friends from MHP. However, 7% is clear," Bahçeli said, adding that MHP views the 7% decision positively.

In a written statement, Bahçeli described the debates on "whether (the election threshold) should be 5% or 7%" as a "waste of unnecessary labor."

Bahçeli stated that sincere and well-intentioned talks about the electoral system and threshold were held through the commissions established as alliance partners, and announced that the threshold has been clarified.

"After his visit to Bosnia-Herzegovina and Montenegro, our president (Erdoğan) announced to the members of the press that the threshold would be 7%. As a matter of fact, the search and studies on the threshold ended with this statement and the decision of the People's Alliance was registered as 7%. No further evaluation is required," he said.

The People's Alliance members, the ruling Justice and Development Party (AK Party) and MHP, have been working on a new electoral law for a while.