Who calls Turkey’s ‘survival’ into question? 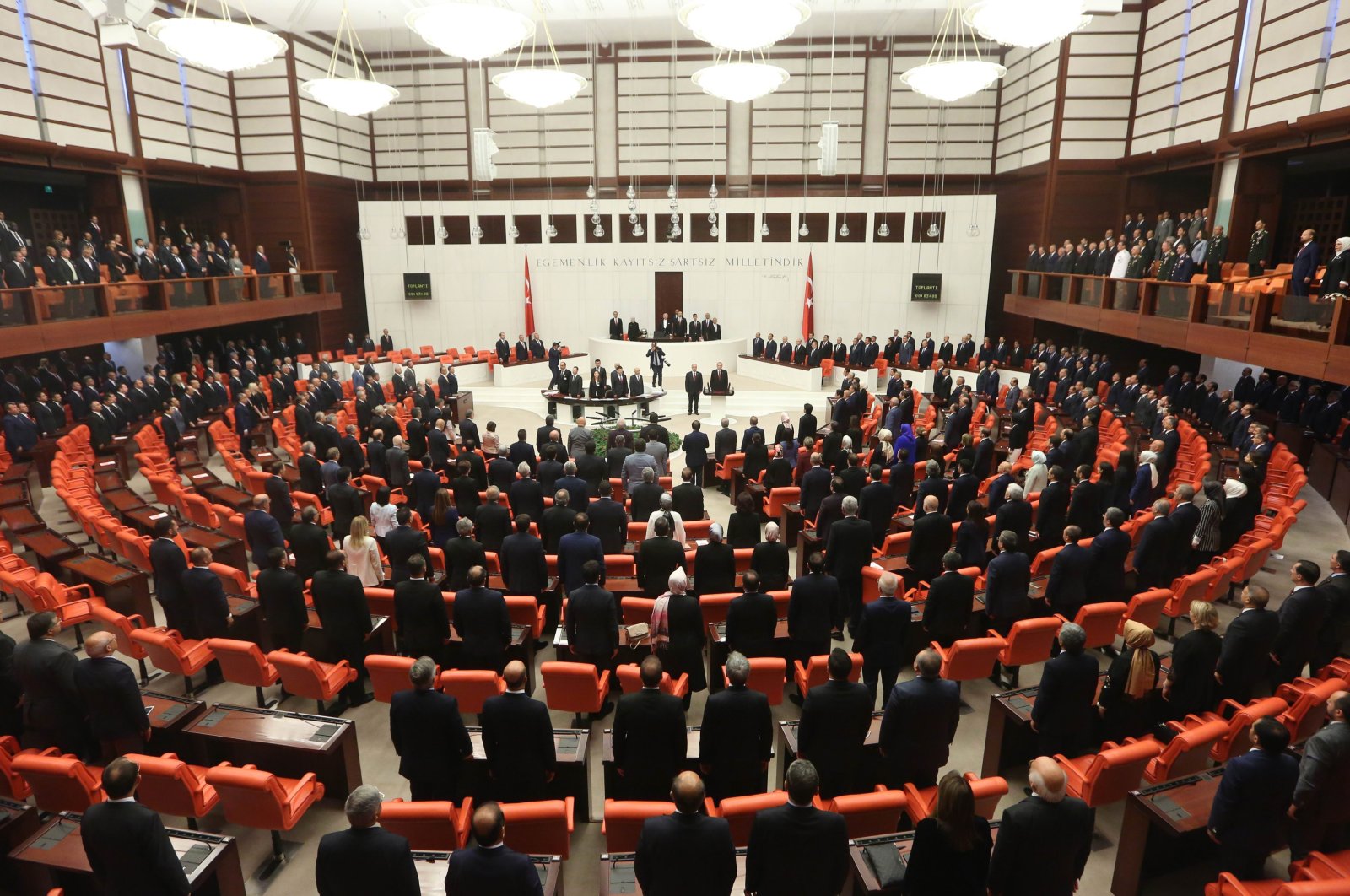 Turkish President Recep Tayyip Erdoğan (C) takes an oath of office before lawmakers under a new system of government at the Grand National Assembly of Turkey in Ankara, Turkey, on Monday, July 9, 2018. (Getty Images)
by Burhanettin Duran Jul 12, 2021 12:05 am

One of the biggest impasses of the Turkish opposition is that it has no plans for the administration, despite its constant efforts to overthrow Erdoğan. At this rate, the opposition will not be able to put a strong candidate against Erdoğan in the 2023 elections

The 2023 election campaign in Turkey will go down in history as the longest campaign of its kind. Although the country’s transition to presidentialism ruled out early elections in practice, the opposition, with its incessant calls for an early election, manages to set the tone for political debate to some degree.

All that talk about elections and candidates fuels the "survival" debate anew. If the Turkish people will spend the next election cycle talking about survival, it will be mostly due to the opposition’s commitment to negative campaigning.

The ongoing attempt to unite the opposition rests on three elements:

The first two points are pretty self-explanatory. The third point, in turn, is intended to misportray the presidential system as “the mother of all crises.” Opposition leaders do not, however, explain what exactly they mean by “restoring parliamentarism” or how that transition is supposed to address existing problems.

The opposition lacks a coherent post-2023 vision for Turkey and that is their single greatest weakness. Although leaders of two major opposition parties, Republican People's Party (CHP) chairman Kemal Kılıçdaroğlu and Good Party (IP) chairwoman Meral Akşener, come up more and more frequently in conversations about the presidential race, it won’t be easy for the opposition to settle on a definite candidate to challenge President Recep Tayyip Erdoğan in 2023.

For the record, it serves the incumbent’s interests that the opposition opts against fielding its champion until the last possible moment. The politics of intimidation and lies, to which opposition leaders subscribe at the moment, won’t be enough to make up for the disadvantage of picking the challenger, who will rely on a platform and promises to impress voters, way too late.

It would seem that the opposition frequently forgets that the next election will take place under the presidential system. Those opposition leaders, who reassure their supporters that any opposition candidate could easily defeat Erdoğan, stand to be shocked and panicked when the pandemic ends and the Turkish president reinvigorates his base by launching his campaign.

Certain supporters of supposedly pro-democracy projects at home and abroad are attempting to unite the Turkish opposition in order to “topple” Erdoğan. In doing so, they draw comparisons between Turkey and countries like Malaysia and Hungary. Their message to the various opposition parties is that they need to come together instead of criticizing one another.

How will you govern?

They absolutely hate the question of how they intend to govern after the election. Their response is that the opposition should unite and overthrow the current president – everything else, they say, can be figured out in due time. That’s because they understand that questions about policy stand in the way of a united opposition.

An opposition candidate with no plan or agenda cannot even impress foreign companies with investments in Turkey – let alone the Turkish people themselves. President Erdoğan, too, highlighted the opposition’s lack of a roadmap in a recent address to the Justice and Development Party (AK Party)’s provincial chairpersons: “We cannot hand over this country to some folks, who go around like an idler wheel, with no direction.”

Nationalist Movement Party (MHP) Chairman Devlet Bahçeli delivered an even stronger response: “The preconditions of the establishment of Kurdistan, a 150-year-old oppressive and imperialist plot, will have been fulfilled if, by some mistake, the Alliance of Contempt ends up in charge and Kılıçdaroğlu becomes president.”

Some commentators may view those statements as part of an attempt to fuel the "survival" debate ahead of the 2023 elections. Yet the opposition leaders, who talk about “overthrowing” rather than “replacing” the government, are already engaging in a more radical debate over "survival" with references to “the dictatorial regime.” It seems unlikely for the opposition to win anything by engaging in that debate alone – without actually presenting a common political vision or unveiling a concrete plan.