Why does Afghanistan top the global political agenda? 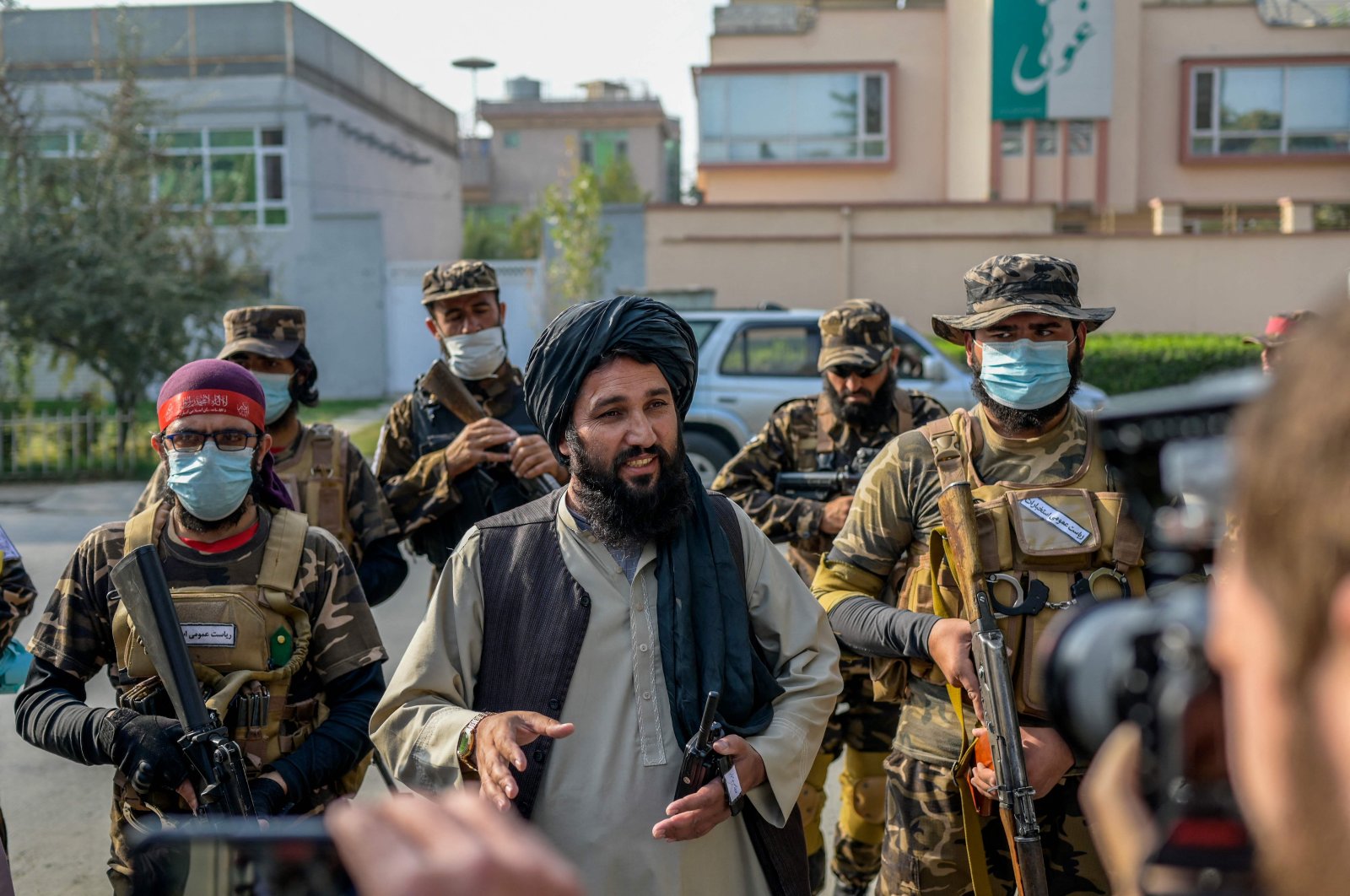 A Taliban commander (C) speaks to members of the media after halting a demonstration by female protestors in front of a school in Kabul, Afghanistan, Sept. 30, 2021. (AFP Photo)
by Ihsan Aktaş
Oct 02, 2021 12:05 am

The European powers, which maintained their colonial empires until World War II, transferred their hegemonic status in international relations to the United States in the post-war era. During their two-century colonial experience, the European powers succeeded in establishing a ruling class that served their own interests in colonized or semi-colonized countries.

After the end of the Cold War, the United States identified a new threat for the triumphant free world: global terrorism. This ambiguous term soon crystallized to refer to extremist terrorism based in the Middle East. After the Sept. 11 terrorist attacks, the U.S. occupied Iraq in pursuit of Saddam Hussein under the pretext of his possession of chemical weapons. The occupation of Afghanistan that followed aimed at destroying al-Qaida and the Taliban. In the post-Cold War era, the international balance of power was disrupted. The new world order of the U.S. brought about instability and civil wars in the Middle East. The unlawful occupation of Iraq and Afghanistan dragged these countries into full-fledged political chaos.

The Taliban's return to power

After its two decades of military occupation in Afghanistan, the U.S. withdrew from the country and the Taliban have come to power once again. The dramatic fall of Kabul immediately after the withdrawal of the U.S. reintroduced the Taliban to the top of the world's political agenda. Even though the U.S. administration aims at controlling the country through the Taliban, their old enemy, they experienced a shameful disappointment. The Biden administration failed to carry out a successful withdrawal from the country, exposing the failure of U.S. foreign policy in Afghanistan.

Afghanistan is a Muslim country, while the majority of Afghans are Sunni Maturidis. Relying on Pashtuns, the largest ethnic group in the country, the Taliban’s historical roots derive from the religious movements of Ahmed Sarhindi el-Faruki and Abdullah al-Dahlawi in the Indian subcontinent. The religious independence movement against British colonialism also contributed to the political culture of the Taliban.

The majority of Turkish and Afghan people identify with the Hanafi madhhab, one of four major schools of Islamic jurisprudence. In its struggle to establish regional peace and stability as a regional power, Turkey has direct interests in Afghanistan. Aiming to establish a relationship based on mutual interests, Turkey’s military presence in the country is welcomed by the Afghans. Despite being a NATO member, Turkey has not been treated as a foreign power due to the deep historical and religious ties between the two countries.

During the course of the Syrian civil war, Turkey emerged as a regional power that adopted a multilateral and multidimensional foreign policy. Adopting an independent foreign policy attitude, Turkey succeeded in pursuing its own national interests, taking the risk of coming into conflict with its allies. As a modern Muslim country, Turkey continues to be a role model for the region. As was evident in Syria, Libya and Azerbaijan, Turkey plays crucial roles in the resolution of regional and international crises as not only a mediator but also a playmaker.

During its presence in Afghanistan, Turkey provided support in the fields of education, technology and engineering. Today, the Taliban administration requires cooperation in these fields. Taking Turkey as a role model and a partner, Afghanistan would succeed in the formation of the Afghan state and nation, bringing about peace, prosperity and stability in the region.